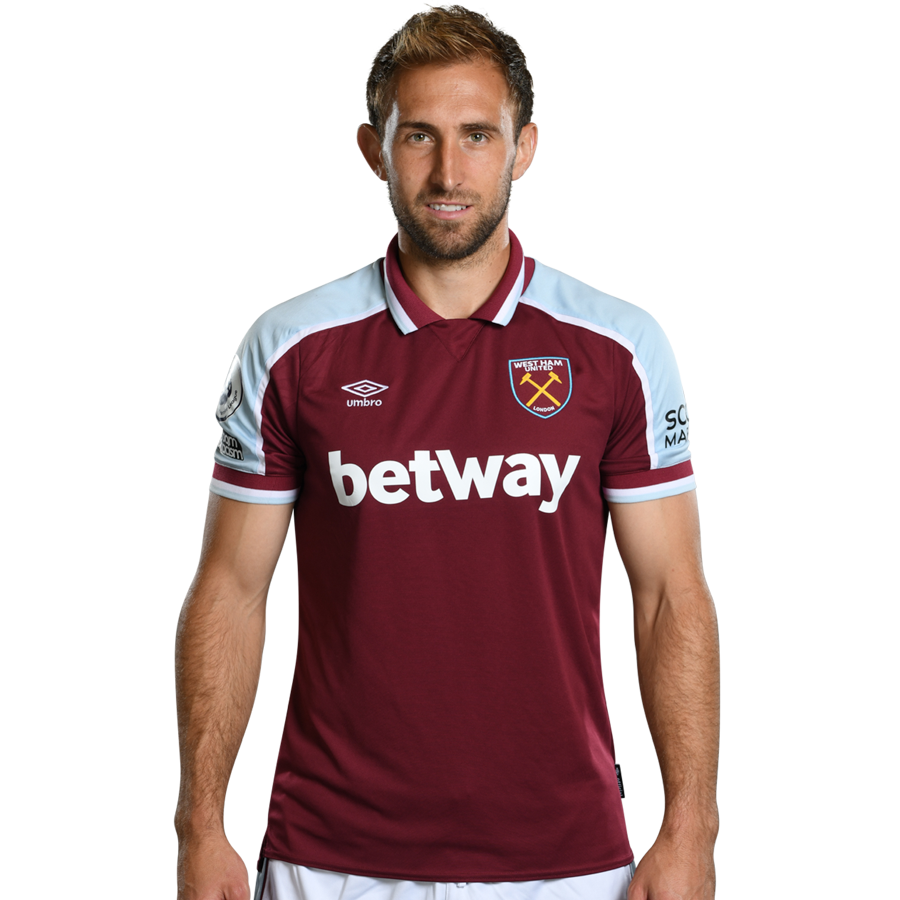 Versatile defender Craig Dawson initially joined the Hammers on a season-long loan from Watford in October 2020, before agreeing to make the move permanent at the end of the 2020/21 season.

A player with proven Premier League experience and quality, Dawson had made 184 top-flight appearances, predominantly at centre-back and right-back, with West Bromwich Albion and Watford.

A London 2012 Olympic Games Team GB squad member, Dawson was also capped by England at U21 level after making his senior breakthrough with first professional club Rochdale while still a teenager.

Made his European debut by starting the 2-0 UEFA Europa League Group H win over Rapid Vienna at London Stadium on 30 September 2021...Scored his first goal of the season with a header in a 3-0 UEFA Europa League Group H victory over KRC Genk at London Stadium on 21 October 2021...Scored his first Premier League goal of the season with a last-minute equaliser in the 2-2 draw at Leicester City on 13 February 2022...Made it two goals in as many Premier League games with another in the 1-1 home draw with Newcastle United on 19 February 2022...Started all six knockout fixtures in the UEFA Europa League...Scored the opening goal in the 3-0 UEFA Europa League quarter-final second-leg win at Olympique Lyonnais on 14 April 2022...Scored four goals, registered two assists and kept 16 clean sheets in 50 appearances in all competitions.

Born in Rochdale, Greater Manchester, in May 1990, began his career at Northern Premier League side Radcliffe Borough as a 17-year-old, before joining his hometown club and turning professional a year later...Before turning 20, led The Dale to promotion from League Two, scored eleven goals and was voted the division’s Player of the Year in his first season as a full-time player...Scored eleven times again as Rochdale finished ninth in League One – their highest placing in 41 years, in 2009/10...Joined Premier League West Bromwich Albion in August 2010, before being called-up by then-England U21 manager and current West Ham first-team coach Stuart Pearce later the same month...Made his England U21 debut and scored twice in a 6-0 win over Azerbaijan – two of six goals he scored in 15 appearances - in September 2011...Named in the Team GB squad for the London 2012 Olympic Games, appearing in the group-stage win over Uruguay and scoring in the penalty shootout defeat by South Korea in the quarter-finals...Established himself as a regular starter at West Brom, initially as a right-back and then as a centre-back, and he had made 225 appearances for the Baggies before departing for then-Premier League Watford in summer 2019...Played 29 times in the Premier League for Watford in 2019/20.