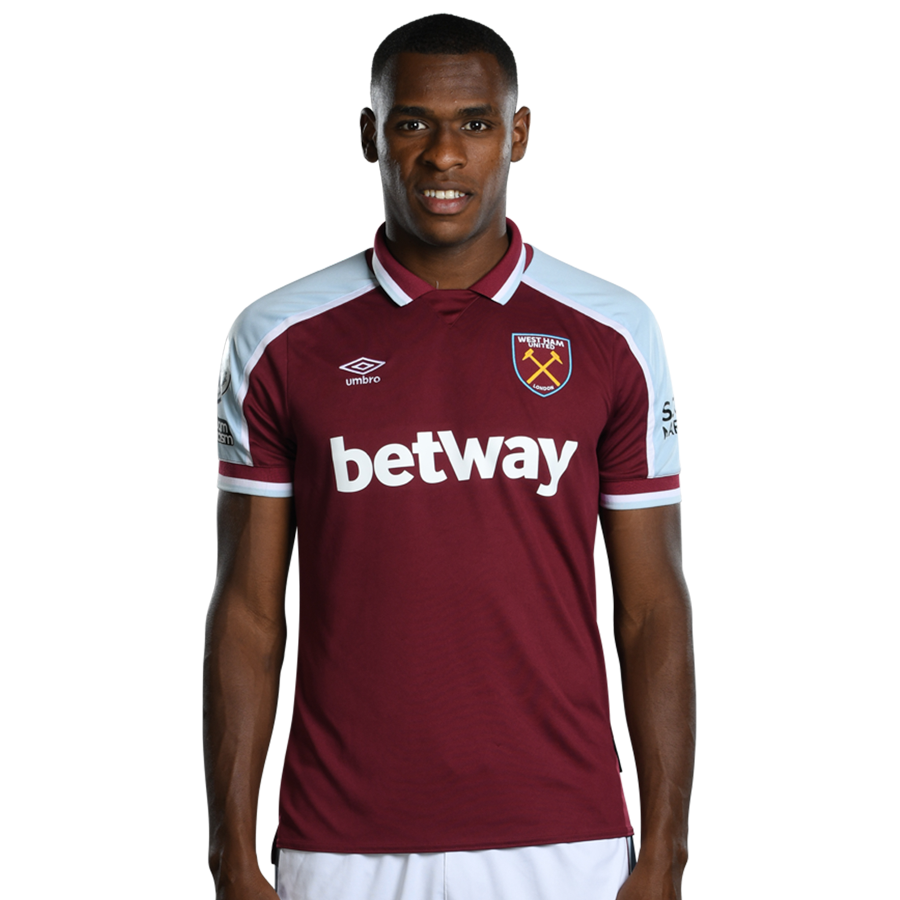 An outstanding talent, Diop was a first-team regular since breaking into the Ligue 1 side at the age of 18 in November 2015, making 95 appearances for Toulouse, and attracted interest from a host of top European clubs.

At international level, Diop has been capped at every age-group level from U16 to U21, winning the UEFA European U19 Championship with France in 2016, when he scored his country’s fourth goal in a 4-0 victory over Italy in the final.

Started West Ham United's opening two Premier League matches - defeats by Newcastle United and Arsenal - and an EFL Cup second round win over Charlton Athletic before losing his place in the starting XI after returning a positive COVID-19 test result on 22 September 2020...Started the FA Cup fourth round win over Doncaster Rovers at London Stadium on 23 January 2021...Returned to the Premier League starting XI in place of the injured Angelo Ogbonna for the 3-0 home win over Sheffield United on 15 February 2021 and marked the occasion with a goal...Started 12 Premier League matches in a row and added another goal at Newcastle United on 17 April 2021, before being replaced by the fit-again Angelo Ogbonna at Brighton & Hove Albion on 15 May 2021...Totaled 21 appearances and two goals in all competitions.

Started West Ham United's opening 13 Premier League games of the season, helping the Hammers keep three consecutive clean sheets in August/September...Started EFL Cup ties with Newport County and Oxford United...After a period on the bench, returned with a goal in the 1-1 home Premier League draw with Everton on 18 January 2020...Added further goals in a 3-3 home top-flight draw with Brighton & Hove Albion on 1 February and 3-2 defeat at Liverpool on 24 February 2021 respectively...Played every minute of West Ham United's final 17 Premier League matches as David Moyes steered his squad to safety with a game to spare...Ended the season with 35 appearances, three goals and one assist in all competitions, including 31 Premier League starts.

Born in Toulouse in January 1997...Joined his hometown club Toulouse FC at the age of nine in 2006 and progressed through the ranks....Made his senior debut In 2014, aged 17, featuring for Toulouse’s reserve team in the French fifth tier, the Championnat de France amateur 2 (CFA2)...Made three appearances at CFA2 level in 2014/15, followed by seven more in 2015/16 – a campaign that also saw Diop promoted to the first-team squad under manager Dominique Arribage...Made his Ligue 1 debut on 28 November 2015, keeping a clean sheet in a 2-0 win over Nice at the Stadium Municipal...Scored his first goal in a 3-0 win at Troyes on his second top-flight appearance and ended the season with 23 first-team appearances to his name, all of them starts...Continued his development in 2016/17, starting 30 times in Ligue 1, adding further goals against Bordeaux and Bastia and captaining the team for the first time against Monaco in April 2017...Appointed Toulouse captain in October 2017, aged 20, before leading Les Violets to the quarter-finals of the Coupe de la Ligue...Helped Toulouse avoid relegation with a 4-0 play-off win over Ajaccio in May 2018...Started a career-high 34 Ligue 1 matches and both play-off games in 2017/18...Capped by France at every age-group level from U16 to U21...Won the UEFA European U19 Championship with France in 2016, scoring his country’s fourth goal in a 4-0 victory over Italy in the final.