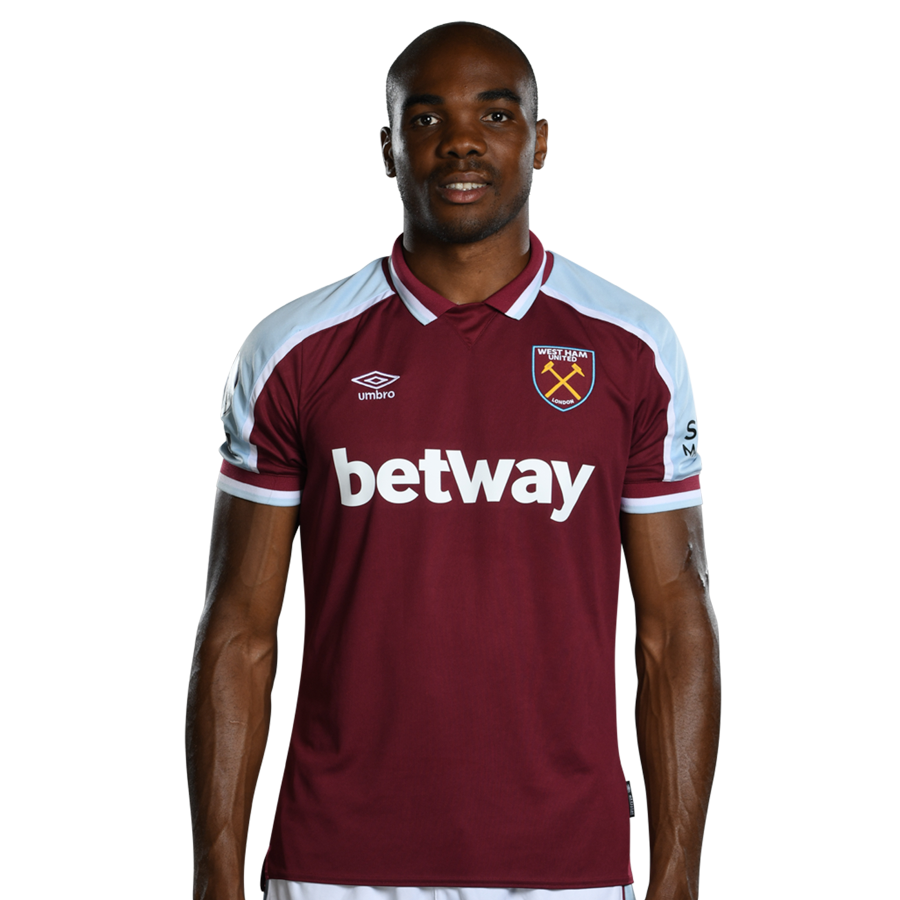 The strong and powerful central defender, who can also play at left-back, started his career with Torino before moving across the city and winning back-to-back Serie A titles in 2014 and 2015.

A UEFA Euro 2012 runner-up and Euro 2016 squad member, Ogbonna etched his name into Hammers folklore with his unforgettable extra-time FA Cup winner against Liverpool at the Boleyn Ground in February 2016.

Started West Ham United's opening 23 Premier League matches of the season...Scored in the 2-1 wins at home to Aston Villa and away at Leeds United on 30 November and 11 December 2020 respectively...Suffered a high ankle sprain in the FA Cup fifth-round defeat at Manchester United on 9 February 2020...Returned to action at Newcastle United on 17 April 2021...Scored in the 3-1 win at West Bromwich Albion on 19 May 2021 as the Hammers secured a top-six Premier League finish...Totaled 28 Premier League appearances, all of them starts, and three goals, in addition to two FA Cup appearances...Led West Ham United with 116 Premier League clearances.

Captained the Hammers in his first appearance of the season in a 1-1 Premier League draw at Brighton & Hove Albion on 17 August 2019...Scored his first goal of the season in the 3-2 home defeat by Tottenham Hotspur on 23 November 2019...Added his second goal of the campaign in the 3-1 home defeat by Arsenal on 9 December 2019...Captained the Irons in the 2-0 FA Cup third-round win at Gillingham on 5 January 2020...Returned from injury suffered during the COVID-19 lockdown to start the final seven Premier League matches, as West Ham United lost just once to stave off the threat of relegation...Started 31 Premier League matches, scoring twice, in addition to one FA Cup appearance.

Made his 100th West Ham United appearance in the opening-weekend 4-0 Premier League defeat at Liverpool on 12 August 2018...Scored his fifth goal for the Hammers in a 3-1 EFL Cup second-round win at AFC Wimbledon on 28 August 2018...Added his sixth in Claret and Blue in the 8-0 EFL Cup third-round thrashing of Macclesfield Town at London Stadium on 26 September 2019...Assisted Chicharito's opening goal in the 3-1 home Premier League win over Fulham on 22 February 2019...Scored his only Premier League goal of the season in the thrilling 4-3 win over Huddersfield Town at London Stadium on 16 March 2019...Totaled 24 Premier League appearances, 20 of them starts...Finished the season with three goals and an assist in 29 appearances in all competitions.

Started three of West Ham United's opening nine Premier League fixtures, including the opening-weekend defeat at Manchester United, but sat on the bench for the other six...Regained his starting place for the 2-2 Premier League draw at Crystal Palace on 28 October 2017 and kept it for the next ten matches...Started all four Carabao Cup ties, scoring against Bolton Wanderers in the third round and in the 3-2 fourth-round victory over Tottenham Horspur at Wembley on 25 October 2017...Netted his first Premier League goal of the season at Manchester City on 3 December 2017...Started 28 of West Ham United's final 29 Premier League matches...Ended the 2017/18 campaign with seven Premier League clean sheets to his name...Totaled 38 appearances across all competitions, all of them starts, and three goals.

Started both legs of West Ham United's UEFA Europa League Play-Off round tie with Romanian side Astra Giurgiu in August 2016...Made his first Premier League start of the season at Manchester City on 28 August 2016, but the Hammers went down 3-1...Started 18 straight Premier League matches between 17 September and the 3-1 victory at Middlesbrough on 21 January 2017, before undergoing knee surgery and being ruled out for an extended period...Returned to action in the final-day 2-1 Premier League win at Burnley on 21 May 2017...Started all four domestic cup matches, including the 2-1 EFL Cup fourth round win over Chelsea at London Stadium on 26 October 2016...Totaled 26 appearances in all competitions to take his overall Hammers total to 65.

Made his Barclays Premier League debut in the 2-0 victory at Arsenal on 9 August 2015...Suffered a hamstring injury in the 2-0 win against Newcastle on 24 September...Having appeared on the bench during some of October and the start of November, returned to the starting XI in the 1-1 draw against West Brom...That result and Ogbonna's return to the team kick-started an eight-game unbeaten run which inlcuded wins against Southampton, Liverpool and Bournemouth...Grabbed his first goal in Claret and Blue with an extra-time header to down Liverpool in the FA Cup replay at the Boleyn Ground...Started each of West Ham's final 13 Premier League matches as they won six to finish in seventh place.

Born in Cassino in the Lazio region of Italy...Began his youth career in his home town before being spotted by Torino at the age of 14...Made his Serie A debut at 18...After gaining further experience with a loan spell at Crotone,  returned to establish himself in the Torino side...The Granata suffered relegation in 2009, but Ogbonna helped them reclaim their spot at the top table before moving across town to Juventus in 2013...The 6'3 defender continued his progress with the Old Lady, making 25 appearances in his debut season at Juventus...Made the same number of league appearances in 2014/15...Picked up Serie A winner's medals in both of his seasons with Juve, and was on the bench as they lost out to Barcelona in the UEFA Champions League final in May 2015...Made his Italy debut in a 2-0 friendly win over Poland in Wroclaw on 11 November 2011...Was a member of the Italy squad which finished as runners-up at UEFA Euro 2012...Missed the 2014 FIFA World Cup finals but returned to the Azzurri squad for UEFA Euro 2016 - by which time he was a West Ham United player.