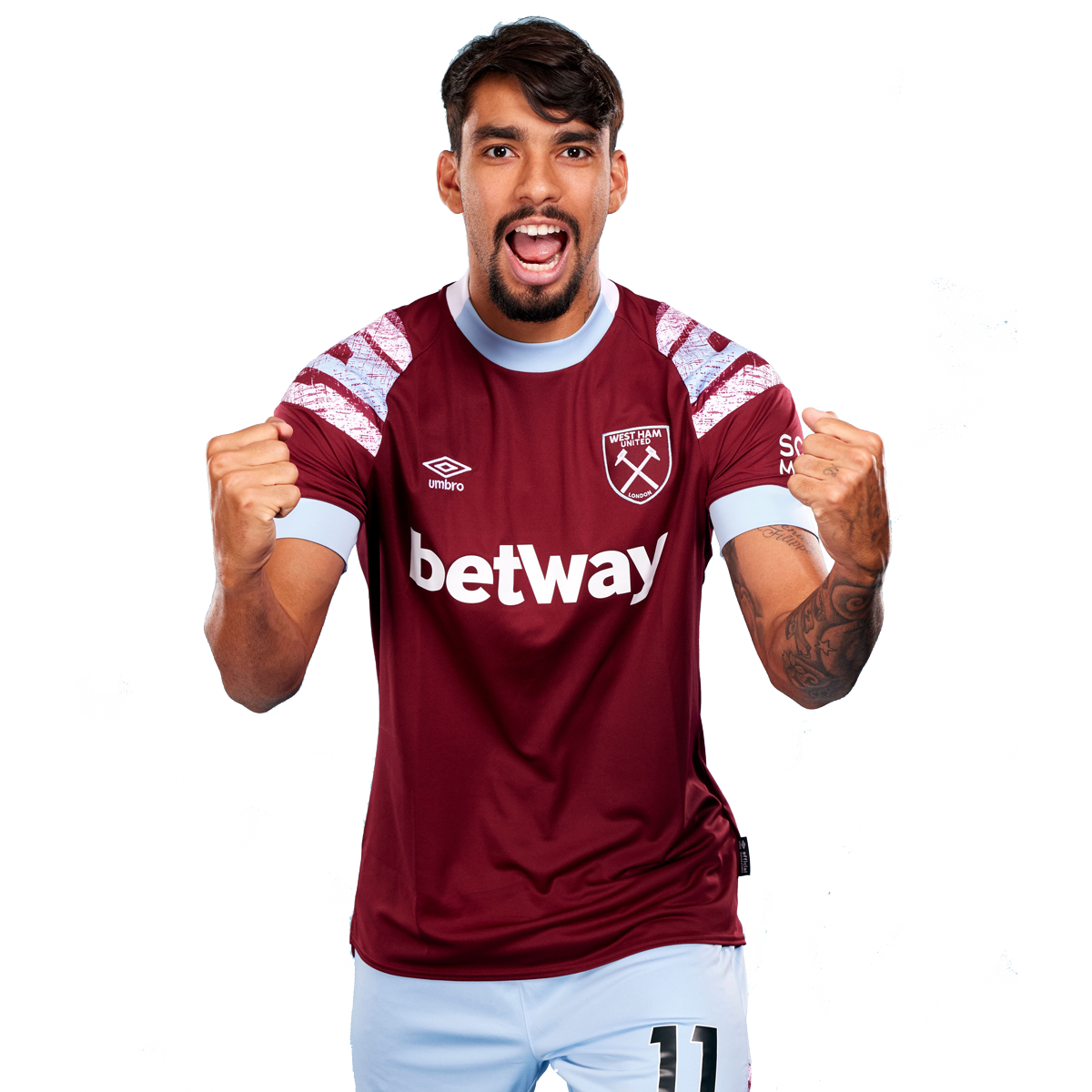 The attacking midfielder joined the Hammers on a five-year deal with a one-year option for an undisclosed record fee from Olympique Lyonnais.

An outstanding talent able to play as a No10 or No8, Paquetá has won the Copa América with Brazil in 2019 and has starred for Flamengo in his home city of Rio de Janeiro, Italian club AC Milan and Lyon.

Blessed with superb technical ability, creativity, an incisive range of passing and a willingness to work hard for his team defensively, Paquetá is relishing the opportunity to bring his considerable talents to London Stadium.

Put pen-to-paper on a five-year deal with a one-year option for an undisclosed record fee from Olympique Lyonnais on 29 August 2022.

Born Lucas Tolentino Coelho de Lima in August 1997, he takes his name from his birthplace on Paquetá Island, a car-free idyll situated in Rio’s Guanabara Bay...Paquetá joined the city’s Flamengo club at the age of eight, was promoted to the first-team squad and won the Rio de Janeiro State League title at 18, made his debut in Brazil’s Serie A and scored in the Brazilian Cup final at 19 and won the Bola de Prato awarded to Serie A’s top player at 20...A prodigious talent, Paquetá was coveted by many of Europe’s top clubs and made his move across the Atlantic Ocean in January 2019, when he joined AC Milan and made 44 appearances across 18 months in Italy...Having helped Brazil win the Copa América on home turf in 2019, Paquetá moved to Lyon in September 2020, and quickly established himself as a standout performer in Ligue 1, being named in the 2020/21 Team of the Year...Another impressive campaign in 2021/22 followed and Paquetá joins the Hammers after contributing 35 direct goal involvements – 21 goals and 14 assists – in 80 appearances across two seasons in France...He has also become an automatic pick for Brazil, appearing six times as his country reached the 2021 Copa América final, then starting ten of the Little Canaries’ final eleven FIFA World Cup qualifying ties as they secured passage to Qatar.