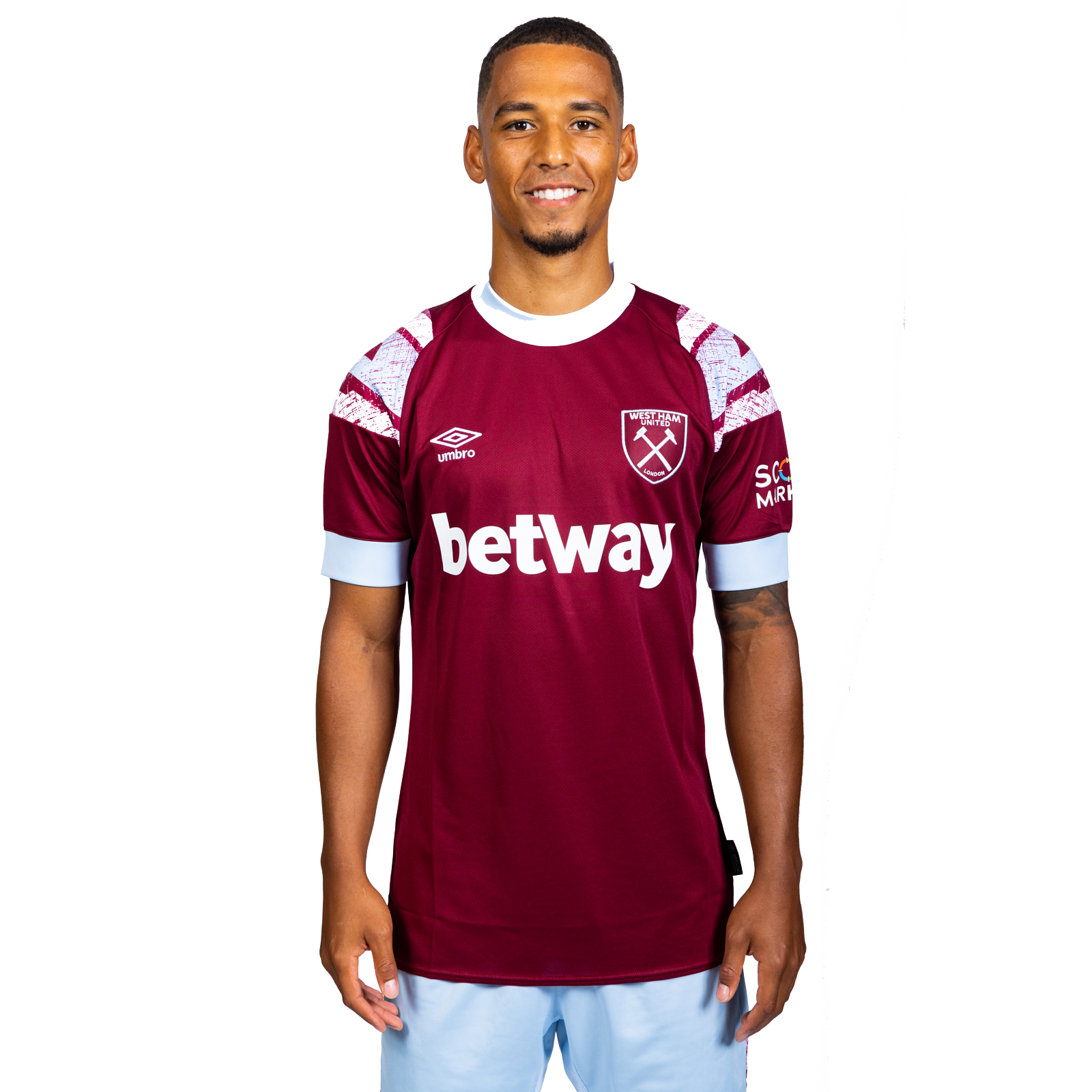 The versatile defender arrived from French champions Paris Saint-Germain on a four-year contract with a two-year option, with West Ham having beaten off stiff competition from other leading European clubs to bring him to London Stadium.

Signed for the Hammers on 17 August 2022, putting pen-to-paper on a four-year deal with the option for a further two years...Made his debut from the bench the following day in the Hammers' 3-1 UEFA Europa Conference League play-off round first leg victory over Viborg FF...Featured in Germany's UEFA Nations League A Group 3 ties with Hungary and England in September 2022...Named in Germany's squad for the 2022 FIFA World Cup finals...Won his 23rd Germany cap in a 1-0 World Cup warm-up win over Oman in Sharjah on 16 November 2022.

Born in the city of Tübingen in south west Germany to a German father and Burundian mother, Kehrer played for local clubs TSG Tübingen and SSV Reutlingen before joining Bundesliga club VfB Stuttgart at the age of 14. Two years later, he moved north to Schalke 04, where he captained the club to the German U19 Championship in 2015...Predominantly a centre-back, Kehrer is also comfortable in either full-back position and even played regularly as a deep-lying midfielder as a youngster, making his Bundesliga debut for Schalke in that position as a 19-year-old substitute against Wolfsburg in February 2016...At 20, the defender established himself in Schalke’s first team in 2016/17, scored his first Bundesliga goal against Borussia Dortmund and appeared eight times as the club reached the UEFA Europa League quarter-finals, then won the UEFA European U21 Championship with Germany in the summer of 2017...After making 33 appearances for Schalke and catching the eye of some of Europe’s biggest clubs in 2017/18, Kehrer joined Paris Saint-Germain for a £33m fee in August 2018, then made his senior Germany debut in a friendly international with Peru the following month...After moving to the French capital, Kehrer made 128 appearances across four seasons, won three Ligue 1 titles and started PSG’s 2020 and 2021 French Cup final victories and 2020 UEFA Champions League final defeat by Bayern Munich...For Germany, the defender has been a regular starter since Hansi Flick's appointment as head coach, helping his country qualify for the World Cup finals in Qatar and make an unbeaten start to their UEFA Nations League campaign.