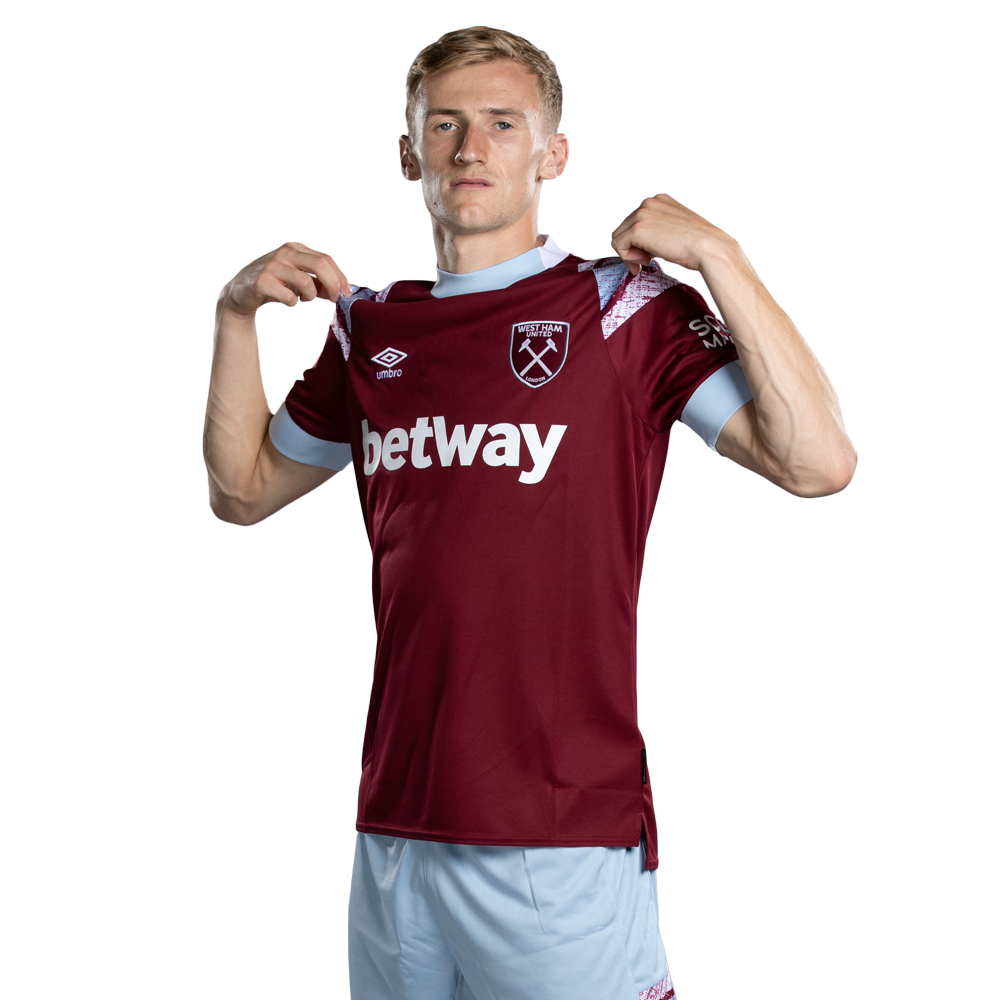 The Essex-born player grew up a Hammers supporter but began his own career with Ipswich Town, spending 15 years with the Suffolk club, making 99 first-team appearances and becoming one of the Tractor Boys' youngest-ever captains.

An energetic, combative player who can pass the ball accurately, Downes moved to Swansea City in August 2021 before transferring to his boyhood Club just under a year later.

Joined West Ham United on a five-year contract, with a further one-year option, for an undisclosed fee, on 7 July 2022.

Born in Brentwood in Essex in January 1999...Played for local junior club Ongar Town before joining Ipswich’s Academy at the age of seven...Spent 15 years with the Suffolk club, making his first-team debut in a Championship win over Birmingham City in November 2017, aged 18...Joined Luton Town on loan iin January 2018 and played ten times to help the Hatters win promotion from League Two, while he also won Ipswich’s Young Player of the Year award...Made a first-team regular by Ipswich Town manager Paul Hurst from the start of the 2018/19 season, still aged just 19...Remained in the Ipswich Town team under new manager Paul Lambert...Had made 99 appearances for the Tractor Boys, by now relegated to League One, when new Swansea manager Russell Martin moved for his services in August 2021...Settled quickly in South Wales on his return to the Championship, taking the No4 shirt and totaling 39 appearances in all competitions in 2021/22...Of all midfielders in the Championship in 2021/22, Downes ranked first in pass-completion percentage and second in passes made per 90 minutes.