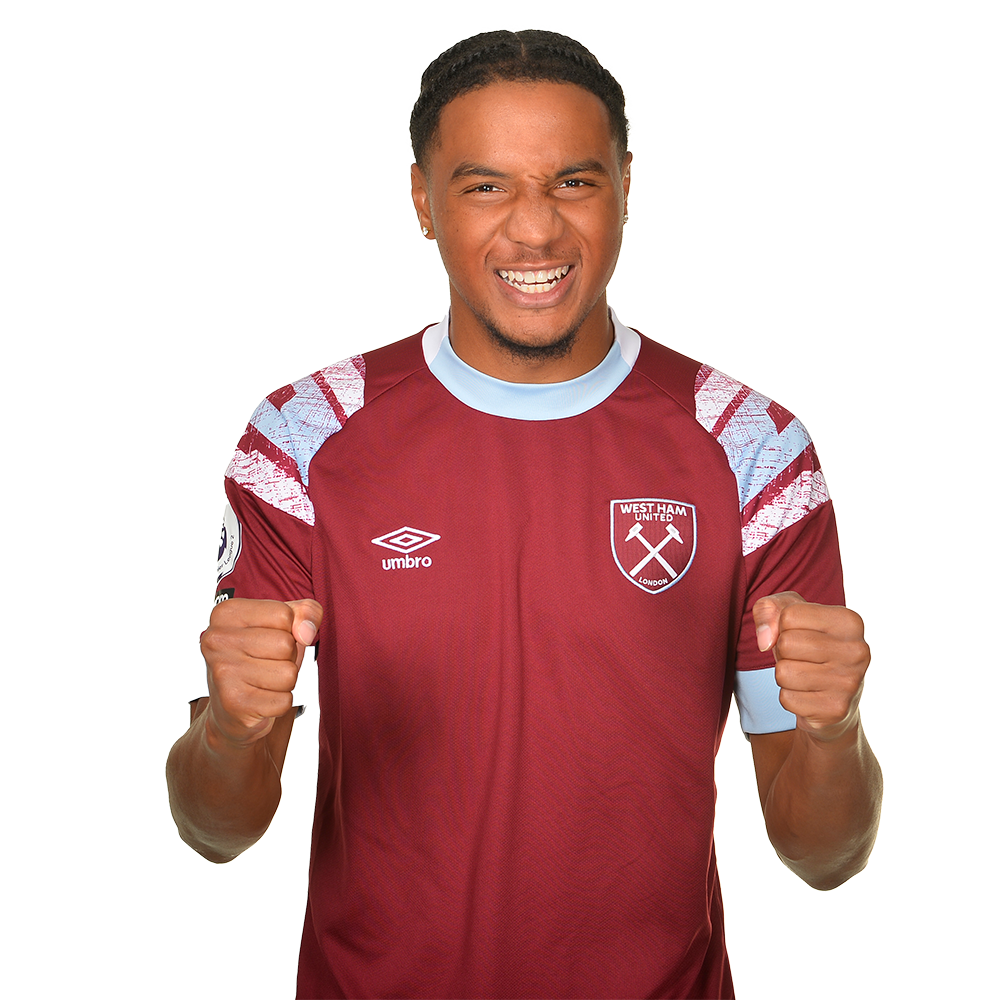 Exciting winger Armstrong Okoflex – who is equally adept playing in a more central role – joined West Ham United in the summer of 2021.

Okoflex moved to east London at the expiration of his contract with Scottish Premiership side Celtic, for whom he made two senior appearances earlier that year.

The Republic of Ireland youth international had previously enjoyed a brief spell on trial at the Academy of Football at the end of the 2020/21 season, making a positive impression on his now-teammates and coaches.

Dublin-born forward Okoflex began his career with local national academy St Kevin’s Boys Club, moving to London as an eleven-year-old after being recommended to Arsenal by former Gunners, Hammers and Republic of Ireland midfielder Liam Brady.

The dynamic winger subsequently switched to Glasgow in the summer of 2018, being named in his first senior Celtic matchday squad as a 16-year-old before making his first-team debut in January 2021 with a 30-minute appearance against Hibernian.

The attacker's first season in Claret and Blue was fruitful, with Okoflex establishing himself as a regular in the development side. The versatile forward would score 18 goals across 29 appearances in all competitions at U23s level, the most of any player in the development team in the 2021/22 season.

Okoflex's efforts caught the eye of first team staff, with the attacker involved in 13 first team match-day squads during the campaign - including ten in the Premier League.