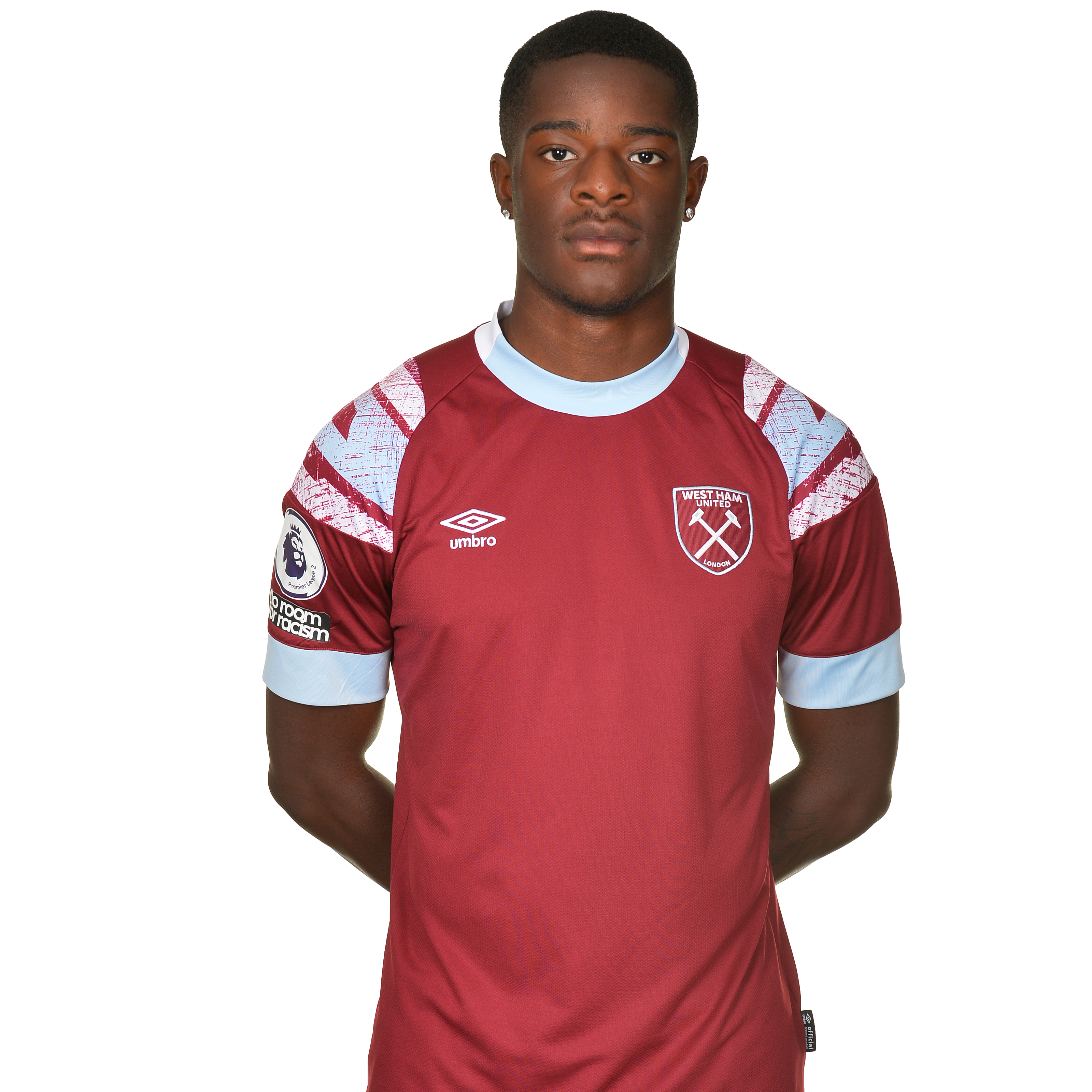 A powerful centre forward with a sharp eye for goal, Odubeko was born and raised in the Republic of Ireland, for whom he has been called up at U21s level, capped at U17 international level and won the U16 Victory Shield.

He spent his formative schoolboy years at Manchester United, where he scored 35 goals and netted on his U18 Premier League debut during the 2018/19 season, prior to joining the Irons.

His West Ham debut with Kevin Keen's U18 side came - typically - with a goal, netting after just 10 minutes of the Hammers' league thrashing of Swansea on 2 November 2019, form that the youngster continued with nine goals in his first eight games at U18 level.

Odubeko's first Premier League 2 appearance duly came against Norwich U23s on Monday 2 March 2020, with the striker coming off the bench for the U23s in the second half and scoring an audacious lob less than four minutes later.

In 2020/21, after scoring a spectacular brace on the opening day of the season for the development squad in their 3-1 win over Southend United in the EFL Trophy in front of watching first-team manager David Moyes, Odubeko was ruled out for the first half of the season through injury.

He returned in impressive fashion, however, making a senior West Ham debut in the closing moments of the 1-0 FA Cup win over Stockport County in early January 2021.

At the age of 18, Odubeko won the Premier League 2 Player of the Month award at the culmination of his first season regularly playing at that level. Despite still, by definition, being a youth team player in terms of age group, Odubeko finished the 2020/21 Academy season with 14 goals in 12 games to his name across all Academy competitions.

Training with the West Ham United first team - for whom Odubeko later made a second FA Cup appearance against former club Manchester United at Old Trafford - every day at Rush Green, the Republic of Ireland youth international finished the 2021/22 season with 18 first-team matchday squad involvements to his name.

Odubeko spent the 2021/22 season on loan in the English Football League. The striker initially joined Huddersfield Town on a temporary deal, featuring six times in the EFL Championship for the Terriers, before the Hammer recalled the attacker in January. A loan move to Doncaster Rovers in EFL League One swiftly followed. There, Odubeko would score on his debut, and would go on to make 16 appearances for the side.