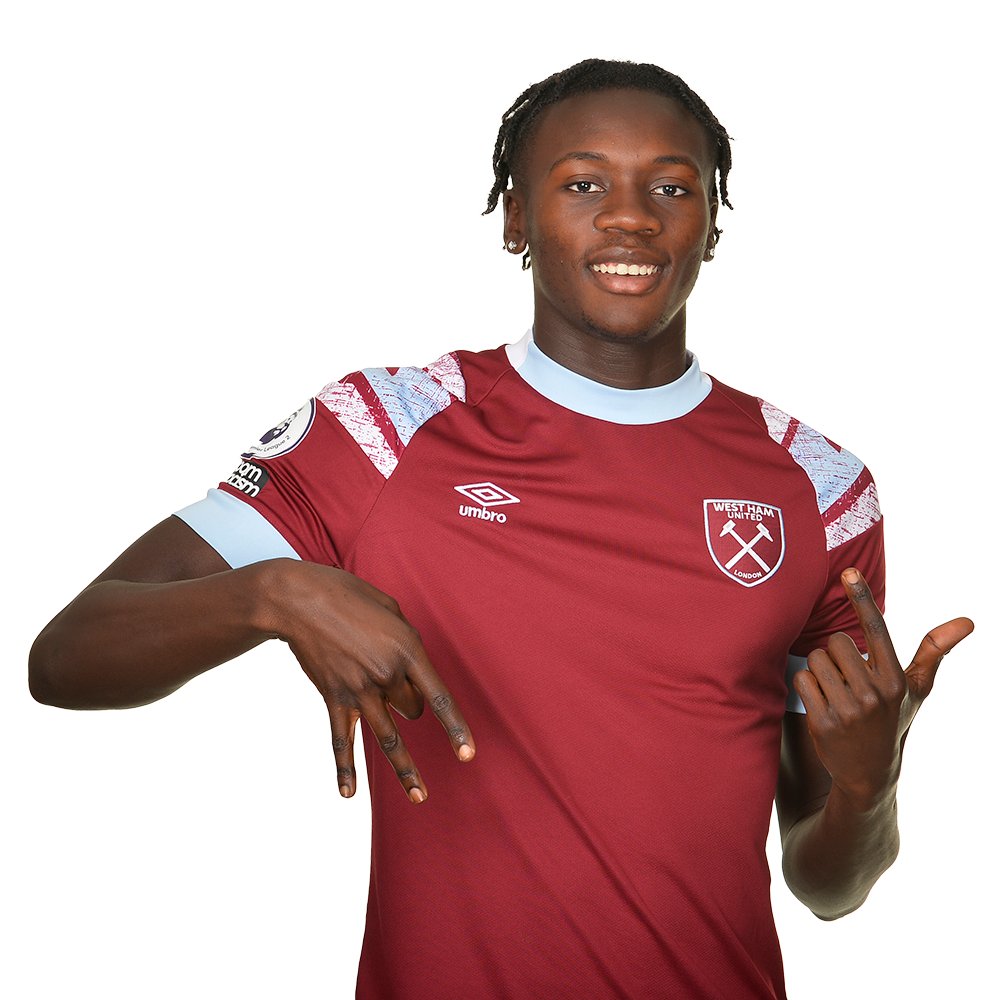 A former forward turned athletic full-back, Emmanuel Longelo made his West Ham United first-team debut against Hull City in the Carabao Cup third round in September 2020, playing the closing 21 minutes of the 5-1 victory at London Stadium on 22 September 2020.

An adventurous full-back and popular member of the squad, Longelo also played the most minutes of any member of the Hammers’ U23s squad that season, 2020/21, making a combined 25 appearances in Premier League 2 and the Papa John’s Trophy while recording five assists in the process. He was awarded a new long-term contract at the Club as a result.

Longelo grew up in east London and joined the Academy of Football as an U10s player. He had previously played for local Sunday league team Euro Dagenham prior to joining the Hammers, and scored five goals in his first game against Chelsea.

Originally a midfielder, Longelo’s Academy career has already seen his versatile skillset deployed in a number of positions, including as a forward and a left-sided attacker.

In recent seasons, however, he has settled naturally into the role of an offensive-minded full-back, capable of producing rapid bursts forward and threatening crosses with his favoured left foot.

And it was from that position that he impressed on his full debut and first European appearance in a 1-0 UEFA Europa League Group H defeat by GNK Dinamo Zagreb at London Stadium on 9 December 2021. That appearance came as a reward for Longelo's consistent form for the U23s, with the full-back making 18 appearances in all competitions for the development side in the 2021/22 season.