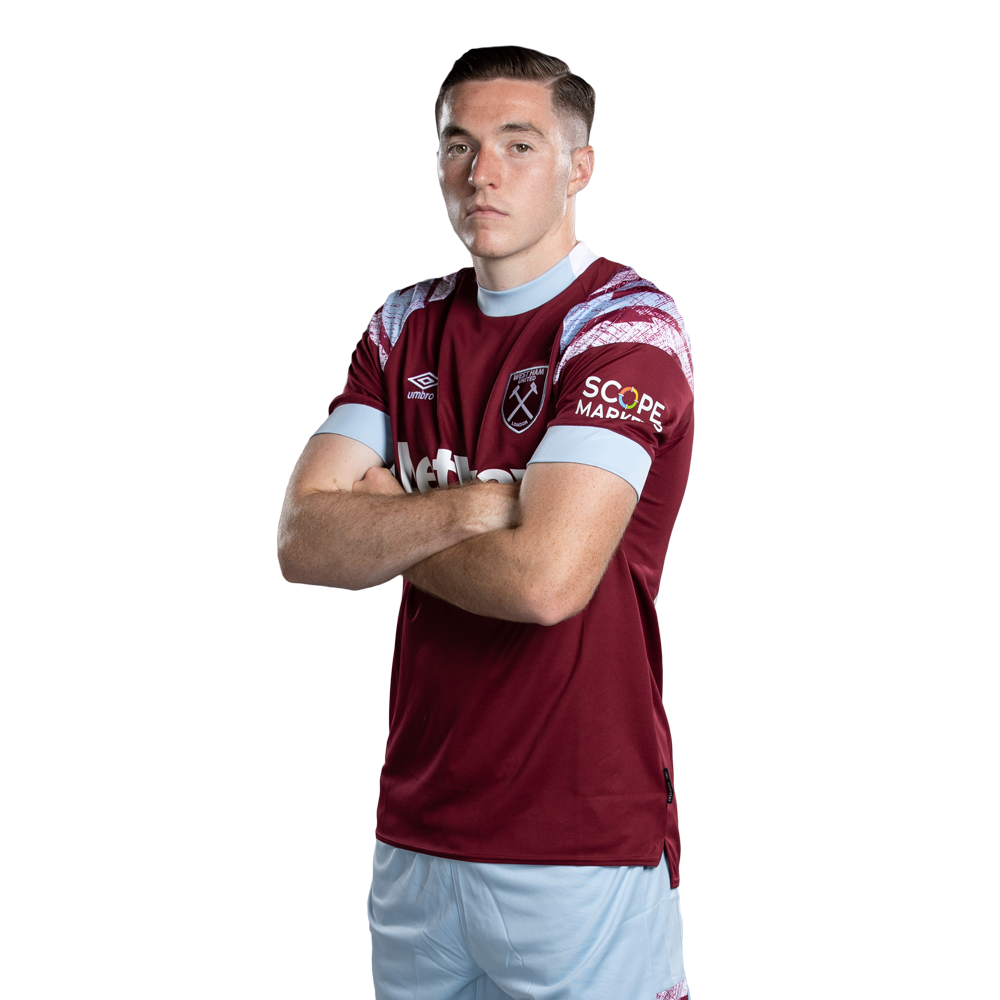 Conor Coventry is a deep-lying midfielder who won West Ham United's Dylan Tombides Award at the end of the 2017/18 season.

A Republic of Ireland U19 international, Coventry has an all-round game which enables him to both recover possession and put his team on the front foot with his accurate passing.

The teenager made his senior Hammers debut in the 8-0 EFL Cup third-round win over Macclesfield Town at London Stadium in September 2018.

The following season, Coventry was appointed captain of West Ham's U23s by new lead coach Dmitri Halajko, making 14 appearances during the first half of the season in their unbeaten run to the 2019/20 Premier League 2 Division 2 title.

After putting pen to paper on a new three-and-a-half year deal with West Ham United in January 2020, Coventry spent the second half of the campaign developing at League One team Lincoln City, making seven appearances as they narrowly fell short of promotion.

In 2020/21, the young midfielder captained the Hammers’ U23 side to Premier League 2 Division 1 safety last season, putting in numerous influential appearances as he netted seven goals in 20 appearances, also earning his first senior Republic of Ireland call-up in March 2021. He also made his third senior appearance for the Hammers against Charlton Athletic in the Carabao Cup.

Coventry also became a regular selection for Republic of Ireland U21s, a pivotal figure during their two spirited – if ultimately unsuccessful – European U21 Championship qualification campaigns.

After scoring twice in pre-season for the West Ham United first-team to kick off 2021/22, Coventry was named amongst David Moyes' substitutes for the first three league matches of the season - wins over Newcastle United and Leicester City, and a draw with Crystal Palace.

After scoring in the U23s' opening day 6-1 win against Arsenal, Coventry joined EFL Championship side Peterborough United on loan. The midfielder would play 12 times before briefly returning to the Hammers in January 2022, where he would again score for the U23s in a home win over Leeds United.

Coventry spent the remainder of the 2021/22 season on loan with EFL League One team MK Dons, reuniting with former coach Liam Manning. Coventry became a crucial cog in the side's midfield, making 22 appearances and helping the Dons to a third-placed finish in League One.

Coventry made his 25th appearance for Republic Of Ireland U21s in June 2022, setting a new national record for appearances at that level by a single player.