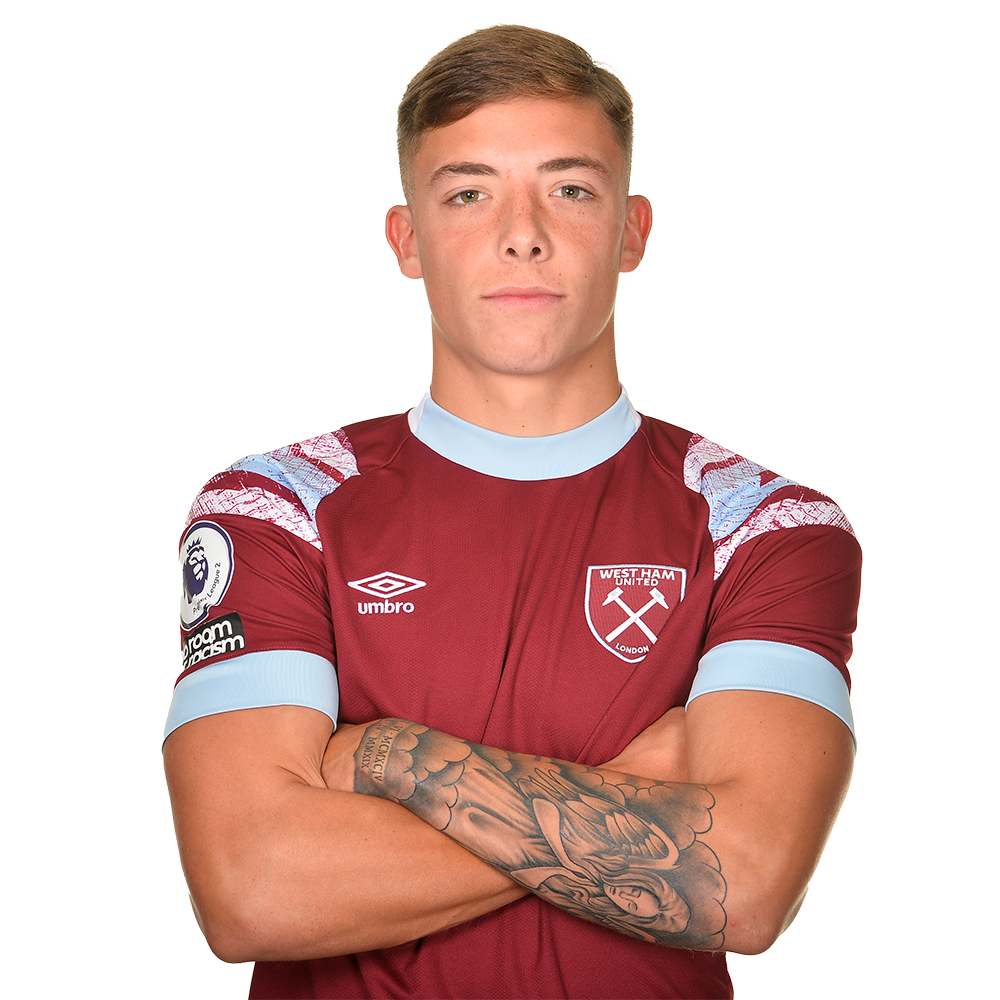 An attack-minded right-back by trade, Harrison Ashby has been a fixture in West Ham United's Academy sides since the 2017/18 season.

Son of former Watford, Brentford and Gillingham defender Barry, Ashby made his Scotland U19 debut in a friendly draw with Japan in Murcia on 5 September 2019, before doing likewise for West Ham's U23s just days later in dramatic fashion.

When a fellow defender pulled out during the warm-up against Valencia 'B' in the Premier League International Cup, Ashby sprung into action as an auxiliary centre-back, partnering 15-year-old and fellow debutant Jamal Baptiste to help the Hammers to a vital clean sheet in a 1-0 win.

Ashby's Premier League 2 debut followed in a 2-0 win over West Bromwich Albion just five days later, while he continued to play an important role for the U18s, netting a brace in their last game of the season against Leicester.

Ashby subsequently signed his first professional contract with West Ham in the summer of 2020, and his 2020/21 season began in unforgettable fashion for the young Scot.

After impressing manager David Moyes in the U23s' pre-season and early Premier League 2 games, the then-18-year-old was handed his first-team debut for West Ham United in a 3-0 Carabao Cup second-round win over Charlton Athletic on 15 September 2020. A week later, Ashby followed that six-minute cameo with his full debut, playing just shy of 70 minutes in the 5-1 third-round win over Hull City at London Stadium.

In October 2020, Ashby was called up to the Scotland U21 squad for the first time, debuting in a 2-0 home European U21 Championship qualifying win over the Czech Republic before rounding off the scoring in a 7-0 win in San Marino.

The youngster returned to action in style in August 2021, scoring two goals and assisting two more in his opening four Premier League 2 Division 2 appearances, before scoring and assisting in the 2-0 EFL Trophy group-stage win at Gillingham in October.

Two more Scotland U21 caps followed against Denmark and Kazakhstan before his form for Club and country was rewarded with a third senior appearance and full European debut in the 1-0 UEFA Europa League Group H defeat by GNK Dinamo Zagreb at London Stadium in December 2021.

Ashby's Premier League debut would soon follow with the Scotsman coming off the bench in the defeat away to Arsenal on 15 December 2021. The full-back would finish the season with 29 appearances and five goals in U23s football.