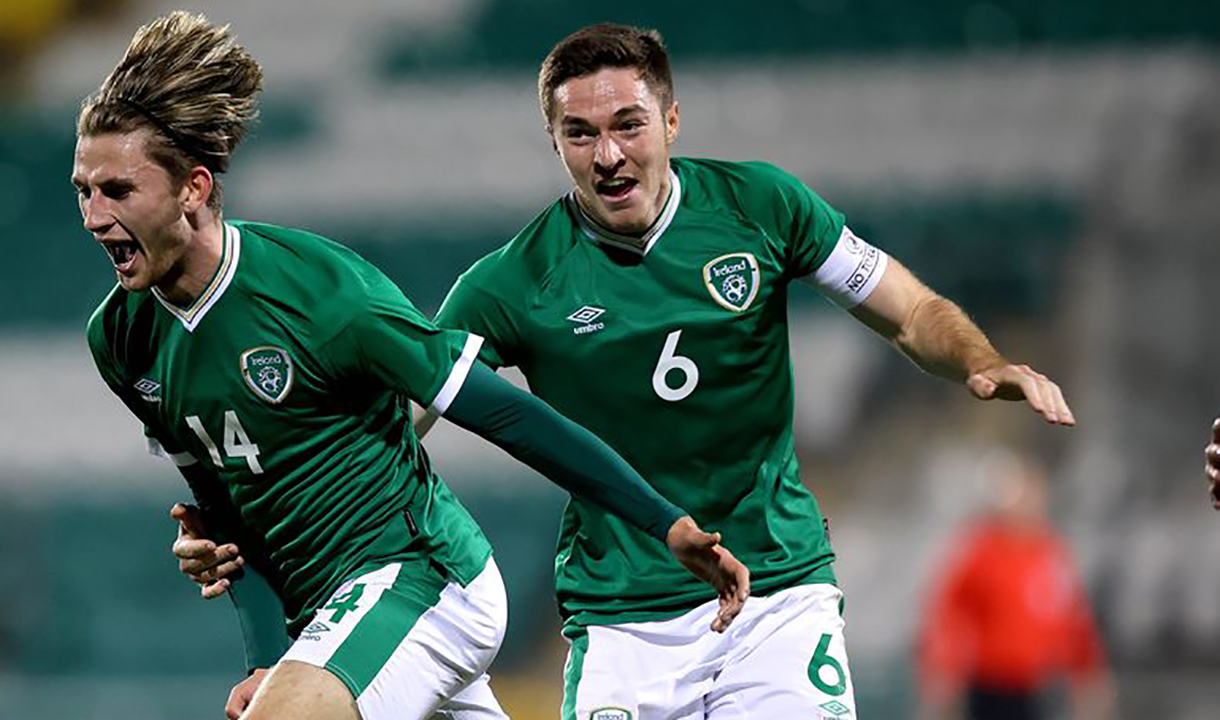 Conor Coventry and Republic of Ireland U21s kept their 2023 UEFA European U21 Championship qualification hopes alive with a last-gasp winner over Sweden U21s.

Jim Crawford’s Boys in Green went into Tuesday evening’s game against Sweden aware that only a win would do against the runaway Group F leaders at Tallaght Stadium.

And with Coventry captaining the side and West Ham United teammate Armstrong Okoflex not among the starters or substitutes once more – the 19-year-old will await his U21s bow in the months to come – the Republic of Ireland set out with intent from the off.

A match of few chances yielded a stalemate at half-time, and it looked like the goalless draw would persist right through until the second minute of injury time, when Coventry made his mark.

After holding off a challenge from a throw-in, the Academy of Football playmaker played a delightful pass into the path of Fulham’s Ollie O’Neill, who duly cut inside a defender and provided a crisp low strike to send the hosts’ celebrations soaring in Dublin.

The victory keeps third-placed Republic of Ireland U21s’ qualification hopes alive into the new year, with there now being just a three-point gap between themselves and the Swedes – with the Boys in Green having a game in hand, albeit having played one more than second-placed Italy, who sit three points ahead of them.

Away games against Sweden and Italy in March and June 2022 respectively are therefore likely to prove decisive.

Also in 2023 UEFA European U21 Championship qualification, Academy goalkeeper Krisztian Hegyi and Hungary suffered a more challenging evening with a 3-0 defeat away in Israel.

The visitors went behind after just five minutes to Arad Bar, who added a second shortly after half-time before Zohar Zasno completed the rout in Petah Tivka in injury time.

While not mathematically out of contention, Hungary are now unlikely to overhaul the eight-point deficit required to catch Germany or Israel – both level at the top of Group B on 15 points – in their four remaining qualification games.

Neither West Ham United's Harrison Ashby nor Brian Kinnear were named in Scotland U21s’ starting XI or substitutes for the 2-0 defeat to Belgium at Tannadice.

The defeat – courtesy of goals at the ends of both halves from Lois Openda and Nicolas Raskin – leaves Scot Gemmill's young side third in Group I, with four points from four games.

Ashby, Kinnear and the young Scots sit 14 points off Belgium – who have won six from six so far – and five behind Denmark, with two games in hand on both teams and at least a second-placed finish required to keep their qualification hopes alive.

Elsewhere, Jamal Baptiste was an unused substitute for England U19s, who topped their group in the initial round of 2022 UEFA European U19 Championship qualification courtesy of a 2-0 win over hosts Sweden.

Win two wins and a draw in the space of a week, and six goals scored with none conceded, that result ensures Ian Foster’s Young Lions’ progression to the Elite round of qualification, which will be played in Spring 2022 ahead of the summer’s Finals in Slovakia.