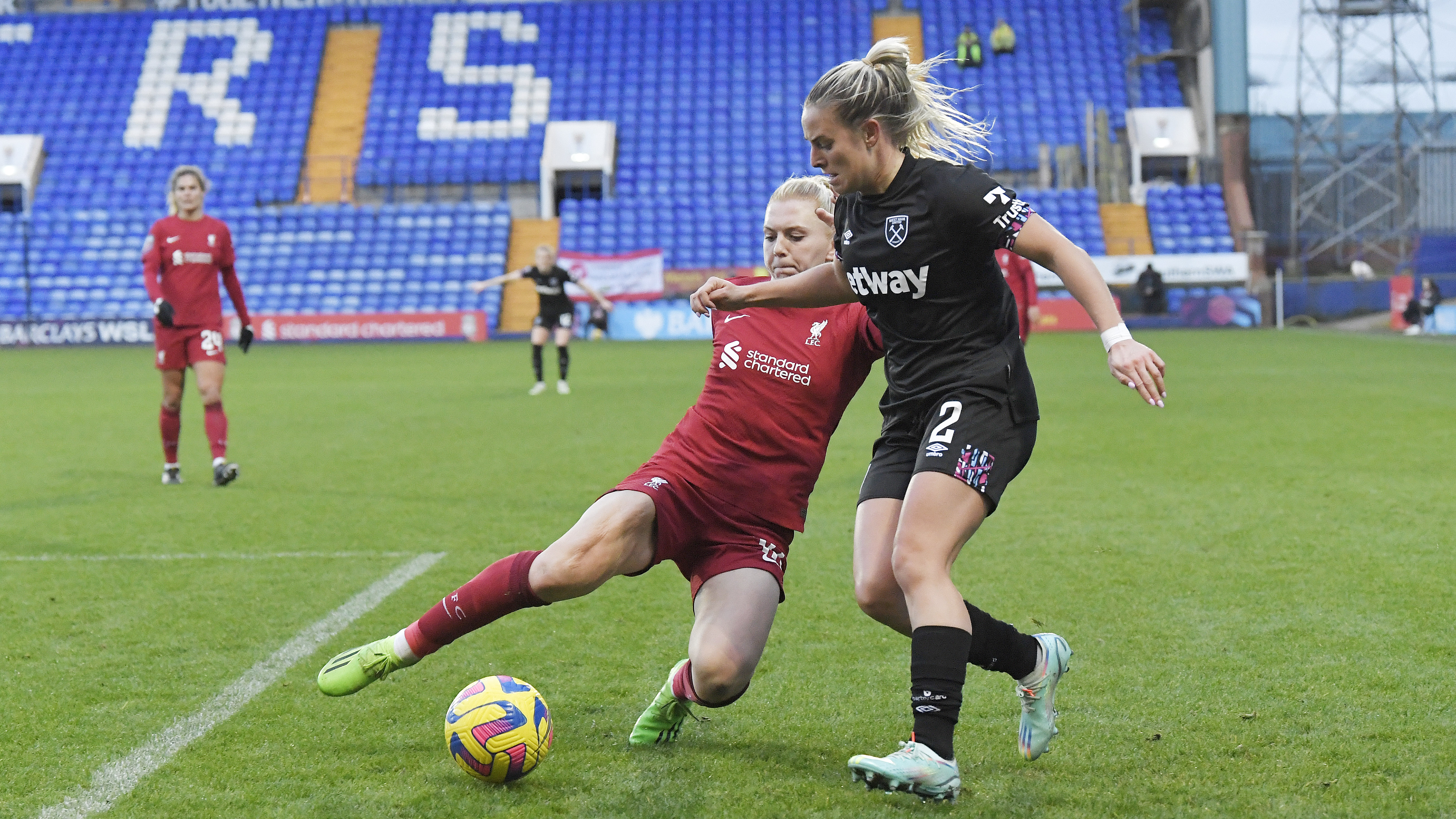 Women's team lose out to Liverpool

First half goals from Ceri Holland and Katie Stengel secured the win for the Reds, with the Hammers struggling for chances at Prenton Park. They did improve their performance dramatically in the second half, but couldn't find a goal.

Paul Konchesky elected to stick with the same side that beat Birmingham City in their previous outing, with the only change being the return of Hawa Cissoko. The defender was back on the bench for the first time since her sending off away at Aston Villa.

On a bitterly cold afternoon in Birkenhead, it was the home side who started the better. A loose ball caused a mix up between Kate Longhurst and Honoka Hayashi, and Holland was able to pounce and slot the ball home with the aid of the post.

Former West Ham United captain, Gilly Flaherty almost made it two when a deflected shot from Holland found its way to her in the area, but she couldn’t get the effort on target and her effort landed behind the goal.

The defender had another opportunity moments later, but again, she couldn’t direct a swiped effort on target.

Mackenzie Arnold was called upon for the first time in the contest on 15 minutes, denying Stengel with a superb improvised save from point-blank range.

It went from bad to worse for Konchesky’s Hammers five minutes later. An error from Kirsty Smith resulted on Liverpool adding a second – when another deflected effort found the feet of Stengel, who swivelled inside the area and fired the ball beyond Arnold.

Holland almost added her second of the match just before half-time, but her curling effort was well saved by Arnold, but the Irons went into the break needing to up their performance levels in the second half.

Liverpool began the second half in the way that they ended the first, with Melissa Lawley firing narrowly wide within the opening minute of the restart.

On 52 minutes, a quality ball in from Lawley should have been tucked home by Shanice Van de Sanden, but the Dutch winger couldn’t stretch far enough to make the correct contact, and the ball span over the bar.

The Hammers did grow into the second half, but could scarcely trouble Rachel Laws’ goal. Lisa Evans had her sides first real chance of the match with 74 minutes on the clock, but the shot was charged down.

Dagny Brynjarsdottir nearly got the Hammers back into it, but her shot from inside the area was well saved by Rachael Laws.

They couldn’t find a way back into the game, though, and were subsequently on the end of a defeat.