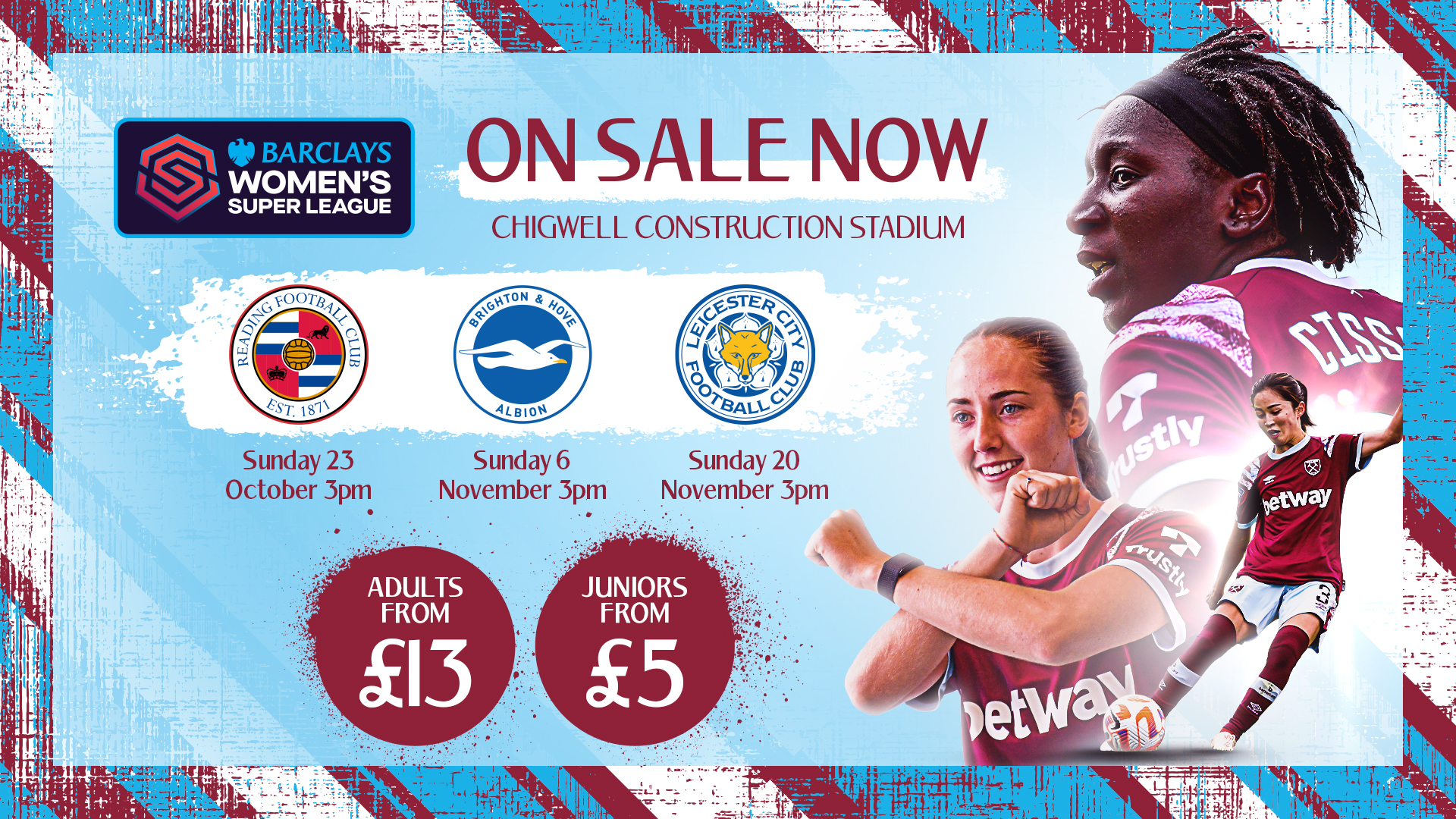 Tickets are now on sale for West Ham United Women's next three home matches in the Barclays Women's Super League - with prices from as low as £13 for Adults and £5 for Juniors.

Paul Konchesky's Hammers face Reading at Chigwell Construction Stadium in their next home fixture, before also welcoming Brighton & Hove Albion and Leicester City in crucial matches in the WSL.

The Irons made a winning start to the new WSL season, beating Everton 1-0 in Dagenham, and will be hoping to pick up more points at Chigwell Constriction Stadium from these fixtures.

With the match against Leicester City taking place a day before England's opening 2022 World Cup fixture against Iran, you can still get your West Ham football fix during the international break by cheering on the women's team!

Below is all of the information for these three fixtures: