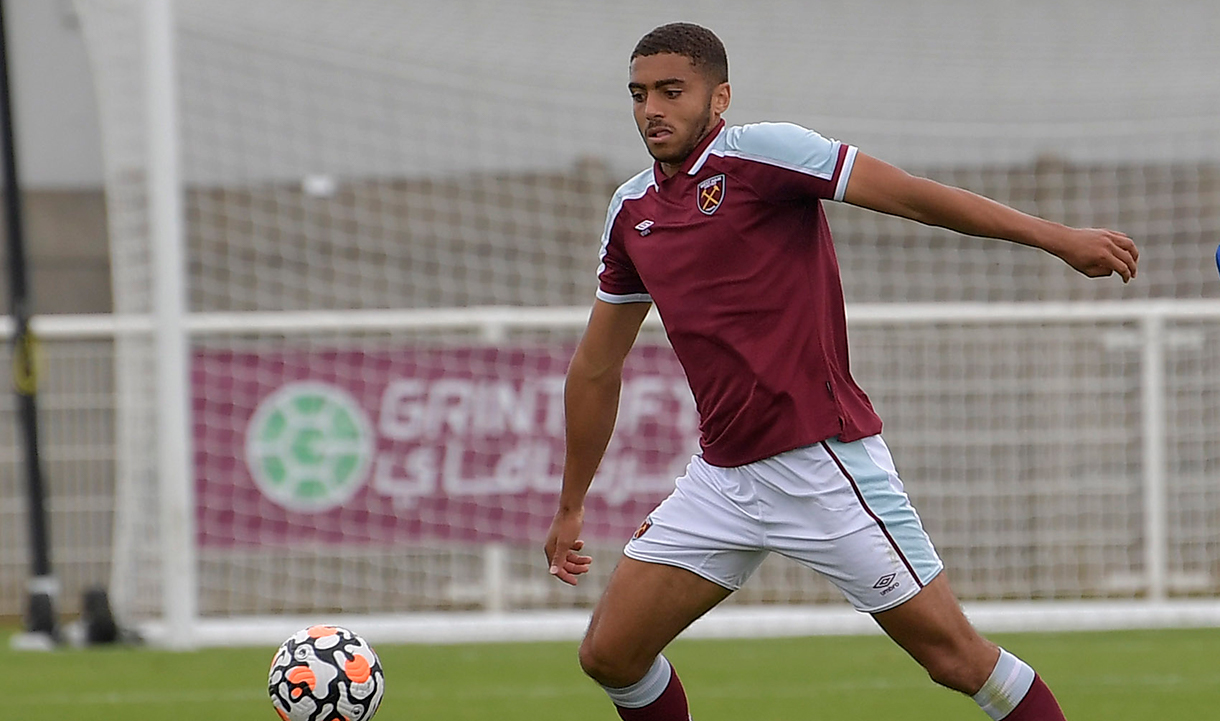 Will Greenidge: West Ham United U23s must keep our levels up

Will Greenidge feels focus will be the key for West Ham United U23s over the November international break, which they head into second in Premier League 2 Division 1.

The versatile defender made his fifth start of the season in the development squad’s 3-0 win over Liverpool on Saturday afternoon, helping the young Hammers to their third clean sheet in the last four games.

Indeed, West Ham’s U23s are in a fine run of form, having won seven of their eleven Premier League 2 fixtures thus far – including five of their last six games – to sit just one point behind leaders Arsenal going into the break.

Upon the resumption of fixtures, they will be required to return immediately to the levels which have carried them thus far, however, as they welcome third-placed Manchester City U23s – just a point behind them – to Rush Green Stadium in a week-and-a-half’s time.

“We just want to keep our fitness levels and concentration up,” Greenidge told whufc.com. “We need to keep everything at a high level.

“There’s nothing in particular we’re desperate to improve upon, but retaining consistency is the big aim, so as long as we stay switched on over the break, we’ll be happy.

“We’ve got a big game against Manchester City coming up which is always a tough game, so we know we need to do ourselves proud.

“We’ve started this season so well. Last season, we were getting unlucky at times – with our performances, we weren’t always getting the results we deserved.

“This year, we’ve changed that. We’re playing well, winning games, and we’re definitely deserve to be where we are. We’re always looking up and looking for that number one spot, and hopefully come the end of the season, that’s where we’ll be.

“We’ve all got faith as a team that we can keep it up.”

Greenidge was delighted to play his part in a comprehensive display as the U23s struck twice early on against Liverpool on Saturday through Sonny Perkins and Thierry Nevers, with the former going on to add a third in the opening exchanges of the second half.

That such a solid display came off the back of the Hammers’ only defeat since September – a 2-1 reverse to Leicester City last week, where defeat landed with the last kick of the game – was testament to their spirit, the defender believes.

“It was a good team performance,” Greenidge confirmed. “Liverpool are a good side and pressed us well, so it was a struggle at times, but we had a couple of chances and took them early in the first half.

“Then, in the second half, we came out and I think our third goal was a very good team goal. We took that chance and saw the game out from there really, we weren’t threatened from there.

“For me, as a defender, you pride yourself on keeping clean sheets. As a whole back four I think we did really well. I’m pleased with how I played today and hopefully it leads to more chances in the future.

“After a disappointing game, you always find that we bounce back. All the boys have it in us, every time, to keep coming back and keep fighting. We definitely did that with a good 3-0 win over Liverpool.”

Greenidge was also delighted to see Perkins demonstrate his influence on the U23s set-up once again with his brace, with the England U18s forward – prior to this season a midfielder – having now netted four goals in nine appearances since making his U23s debut in October.

“What he does on a matchday, he does in training – he always takes his chances and is always looking to get a shot away.

“Sometimes, people might feel a bit annoyed if they don’t receive the pass, but that’s what good No9s do – they’re always looking to apply the killer touch, and that’s what he does.

“He’s a good lad and a good player to have in and around the squad.”