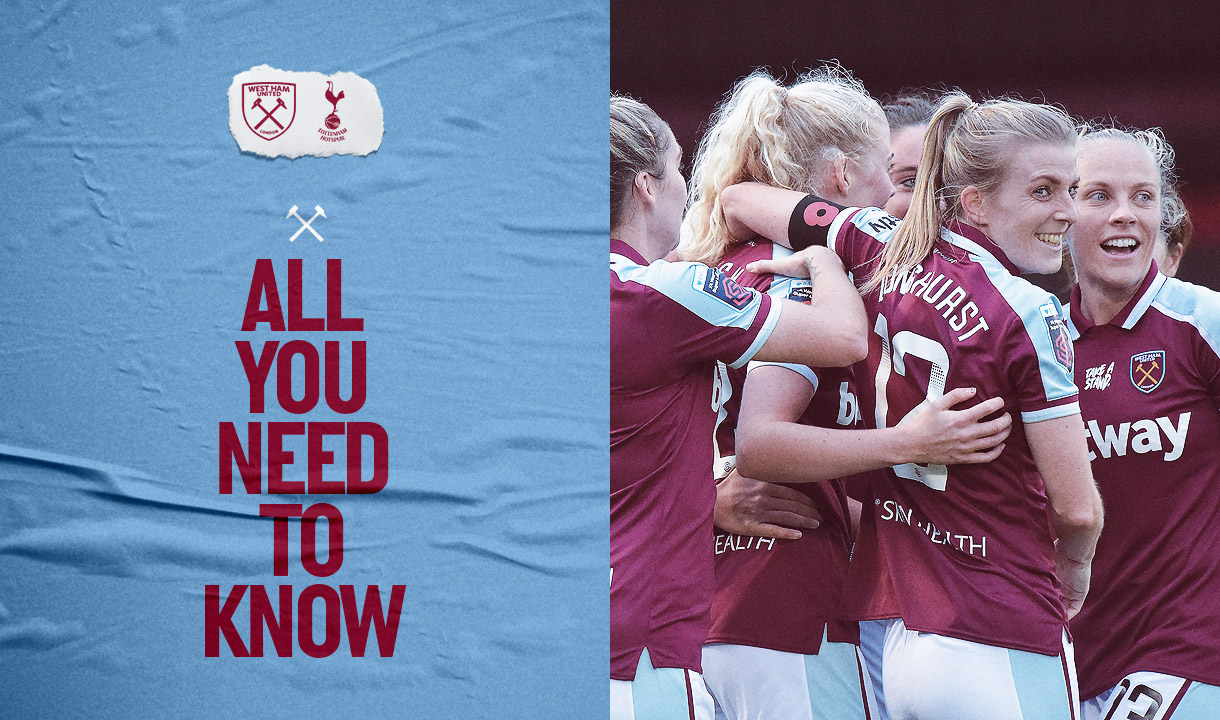 It should be a fantastic London derby, with the Hammers looking to pick up their first win over Spurs in the WSL.

And Olli Harder’s side will also be looking to extend their unbeaten run at the Chigwell Construction Stadium, which currently stands at four matches.

Tickets are available on the day of the game for our match against Spurs, with the Ticket Office at the Chigwell Construction Stadium opening at 1pm on Sunday afternoon.

Maisy Barker is continuing to make good progress from the foot injury that she sustained in pre-season, but she will be unavailable for the clash against the Blues.

Further team news will be released at 2pm on Sunday.

Spurs have been one of the surprise packages in the Barclays FA Women’s Super League so far this season. The currently sit in 4th place in the standing, collecting 14 points from their opening seven matches.

By contrast, the collected 20 points from their 22 games last season, where they finished five points and a place ahead of the Hammers.

This time around, Spurs have one of the meanest defences in the division, conceding only five goals, which is joint-second best – only table toppers Arsenal have conceded less.

This will offer the Hammers a tough test on Sunday afternoon, as they look to continue with their charge towards the Champions League places.

Spurs boss Rehanne Skinner joined Spurs in November 2020 after working with the Football Association where she had been England Women's National Team Assistant Head Coach to Phil Neville since September, having initially joined them three years earlier as Women's National Head Coach (U18-U21s).

Prior to that, Skinner held the position of Assistant Manager at Arsenal, where she worked for three years alongside Laura Harvey during a highly successful period for the team from 2010, lifting two Women's Super League titles, two Conti Cups and one FA Cup, as well as reaching the UEFA Champions League semi-finals on two occasions.

As a player, she represented Middlesbrough and Leicester City, working her way up the coaching ranks at the latter where she took on the roles of Girls Centre of Excellence Technical Director, Girls U19 Academy Director, Community Manager and Women's First Team Manager.

Shelina Zadorsky: 29-year-old Canadian international Zardorsky is in her second season in North London, where she played 20 times last season. Originally joining on loan from Orlando Pride, the defender made the deal permanent in January 2021. She was part of the Canadian side that won gold at the 2020 Olympic Games in Tokyo last summer – alongside Adriana Leon.

Maéva Clemaron: The 29-year-old French midfielder made the move to Spurs after leaving Everton this summer. She had spent three years with the Toffees, but had found it difficult to nail down a consistent first-team berth. This season, she has played in every league match under Rehanne Skinner.

Jessica Naz: Naz began her career with the Lillywhites, but chose to leave and join rivals Arsenal, making her senior debut for the Gunners in 2018. She made the move back to Spurs later on in that year, but suffered an anterior cruciate ligament injury as they won promotion to the WSL. This season, Naz has made five appearances in the league, scoring against Reading in a 1-0 win.