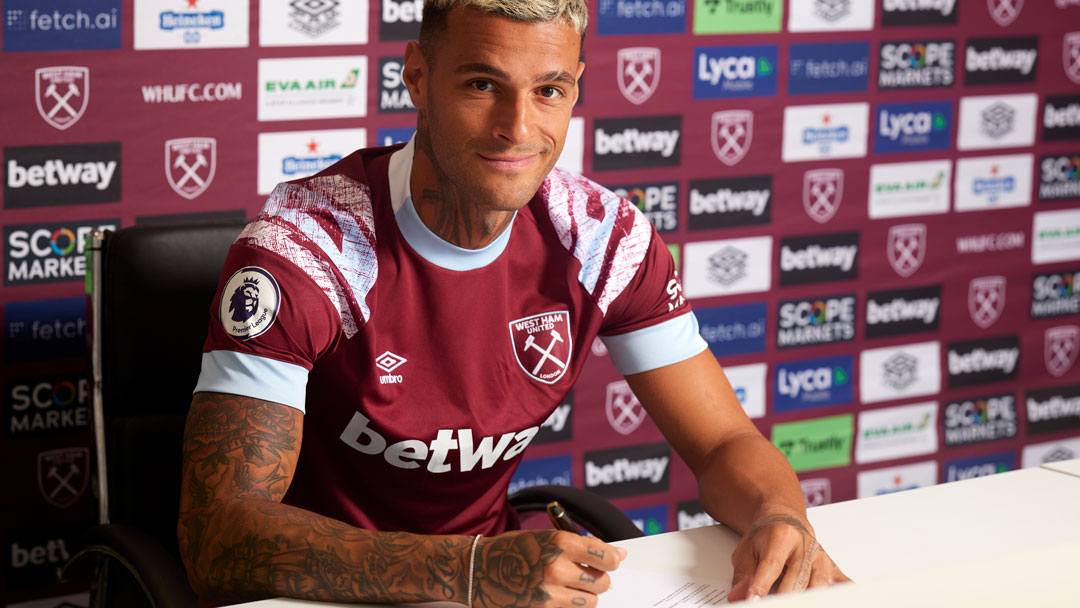 The 23-year-old joins the Hammers on a five-year contract, with an option to extend for a further year, for an undisclosed fee from Serie A club Sassuolo.

A towering presence at 6’5 and capable of scoring all types of goals, Scamacca is one of Europe’s top young strikers, having scored 16 Serie A goals last season and started twice for Italy in the UEFA Nations League in June.

West Ham fought off interest from a host of top clubs to complete a deal for the Rome-born player, who has been capped seven times and is considered his country’s current and future No9.

Scamacca becomes the latest young, hungry and ambitious player to join David Moyes’ squad, who will again compete in four competitions this season, and is eager to take his game to a new level in the Claret and Blue of West Ham.

“I am really excited to join West Ham,” said the forward, who will wear the No7 shirt. “I’ve waited a long time for this moment – it’s been a dream to play in the Premier League.

“I feel like West Ham is the perfect team for me. They showed they really wanted me and when I spoke to the manager there was an instant understanding.

“I can’t wait to play and show the supporters what I can do in the West Ham shirt – I hope we will love each other.”

“We’ve been looking to add more strength to our attacking options for a while, so we’re delighted to have got Gianluca in,” said the manager, who has also brought Morocco centre-back Nayef Aguerd, France goalkeeper Alphonse Areola and midfielder Flynn Downes to London Stadium so far this summer.

“He comes really well recommended – and we’re looking forward to working with him. He’s a young centre-forward with a really bright future ahead of him.”

Born in Rome on New Year’s Day 1999, Scamacca was with the Academies of both Lazio and Roma as a boy before moving to Dutch club PSV Eindhoven at 16 in 2015.

After 18 months in the Netherlands, during which he played three times for Jong PSV in the Dutch second tier, the striker moved home to Italy with Sassuolo. He was still just 18 when he debuted in Serie A away at Napoli in October 2017.

Loan spells with Serie B sides Cremonese and Ascoli and Dutch top-flight club PEC Zwolle followed, before he netted his first Serie A goal while on loan at Genoa in November 2020, and in a local derby with Sampdoria to boot.

After finishing the 2020/21 campaign with 12 goals, including four in the Italian Cup, Scamacca returned to Sassuolo in style last season.

Forging a potent partnership with fellow Italian Domenico Berardi for Alessio Dionisi’s free-scoring side, Scamacca scored a career-high 16 Serie A goals and became a regular in Roberto Mancini’s Italy squad.

After making his debut in a FIFA World Cup qualifying win over Lithuania in September 2021, the forward has earned six further caps, including a start in Italy’s Nations League tie with England at Molineux in June.

Everyone at West Ham United would like to welcome Gianluca to London Stadium and wish him well for his career in Claret and Blue. 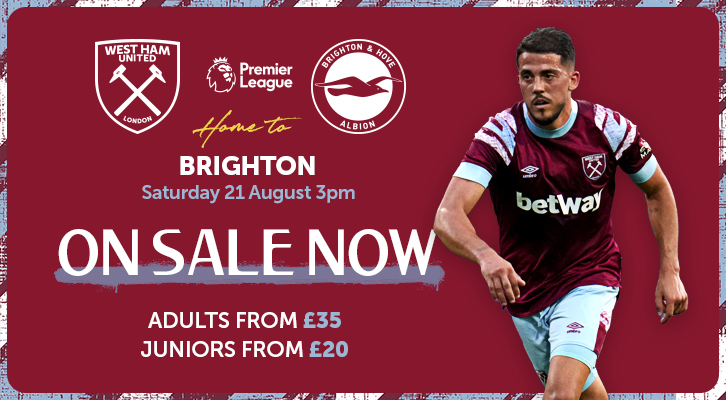