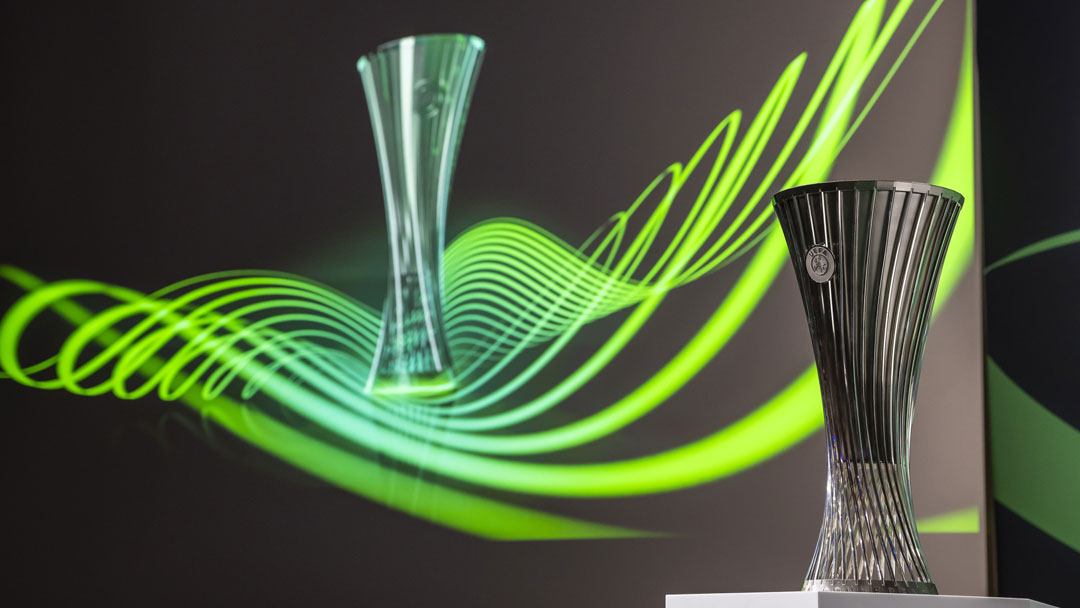 West Ham United will face either Viborg of Denmark or B36 Tórshavn of the Faroe Islands in the UEFA Europa Conference League (UECL) play-off round.

The third tier of active European club football competitions, after the Champions League and the Europa League, the UECL was introduced at the start of the 2021/22 season, when it was won by Italian club AS Roma.

This season's play-off round draw was made at the House of European Football in Nyon, Switzerland on Tuesday afternoon, where 22 ties were drawn, including the one pairing David Moyes’ Hammers with Viborg or B36 Tórshavn.

It will be our first ever meeting with either of our potential opponents.

Viborg qualified by winning a play-off against AaB after finishing seventh in the Danish Superliga, then top of a Relegation round table. They defeated Sūduva of Lithuania in the second qualifying round.

B36 qualified as winners of the 2021 Faroe Islands Cup and have defeated Borac Banja Luka of Bosnia-Herzegovina and Tre Fiori of San Marino in the first and second qualifying rounds respectively.

Our opponents' third qualifying round tie will be played over the next two weeks, with the first leg in Denmark on Wednesday 3 August and the second being held in the Faroe Islands on Tuesday 9 August.

West Ham's play-off round first leg will be played at London Stadium on Thursday 18 August, with the return leg scheduled to be played in either Viborg Stadium or Tórsvøllur on Thursday 25 August. Dates and kick-off times will be confirmed in due course. Tickets for our home leg are on sale to Season Ticket Holders and Bondholders now.

Should we win, we will join 21 other UECL play-off round winners and ten clubs eliminated from the Europa League play-off round in the group stage. There, we will face three group-stage opponents home and away.

From there, the competition follows a two-legged knockout format all the way to the final, which will be hosted at Slavia Prague’s Fortuna Arena in the Czech Republic on 7 June next year.

For background, having finished seventh in the Premier League in 2021/22, the Irons are entering the UEFA Europa Conference League (UECL) for the first time and will be the only English club taking part in the tournament at this stage.

The Hammers, of course, went all the way to the UEFA Europa League semi-finals this season, and will now hope to embark on another long journey over land and sea in the UECL.