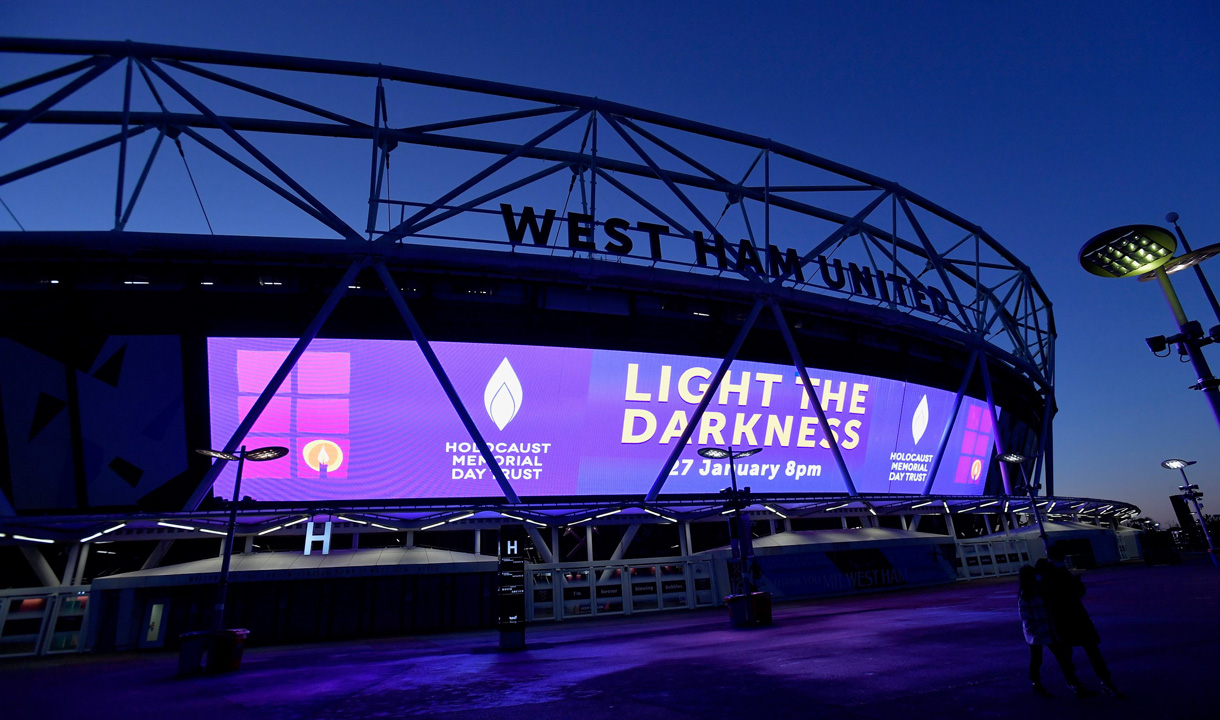 West Ham United marked Holocaust Memorial Day 2022 by lighting up London Stadium on Wednesday in memory of the millions of innocent victims of genocide.

Holocaust Memorial Day takes place on 27 January each year, the anniversary of the liberation of Auschwitz-Birkenau, the largest Nazi extermination camp, and remembers the six million Jews murdered during the Holocaust, alongside millions of other people killed under Nazi persecution and in genocide around the world.

The theme for Holocaust Memorial Day 2022 is #LightTheDarkness, a reminder to everyone to remember those who were murdered for who they were and stand against prejudice and hatred today.

In recognition of this, the external screen at London Stadium was illuminated in purple, the colour universally associated with Holocaust Memorial Day, as were a number of other iconic landmarks across the United Kingdom, while homes and businesses across the country also lit candles at 8pm.