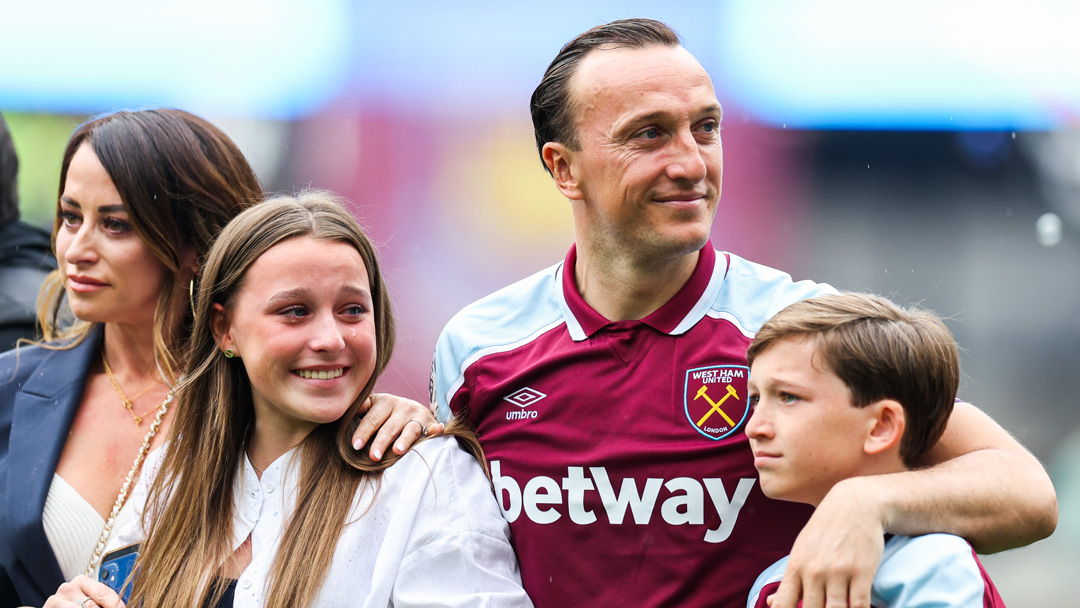 The Academy of Football graduate brought down the curtain on 18 years and nearly 550 games as a first-team player as the Hammers drew 2-2 with Manchester City in the Premier League.

Following the game, Noble was joined by his wife Carly and children Honey and Lenny as he was given a guard of honour by his teammates, their families and the Irons' backroom staff.

The 35-year-old icon then joined Ben Shephard and Sir Trevor Brooking on stage before speaking to his adoring Claret and Blue Army.