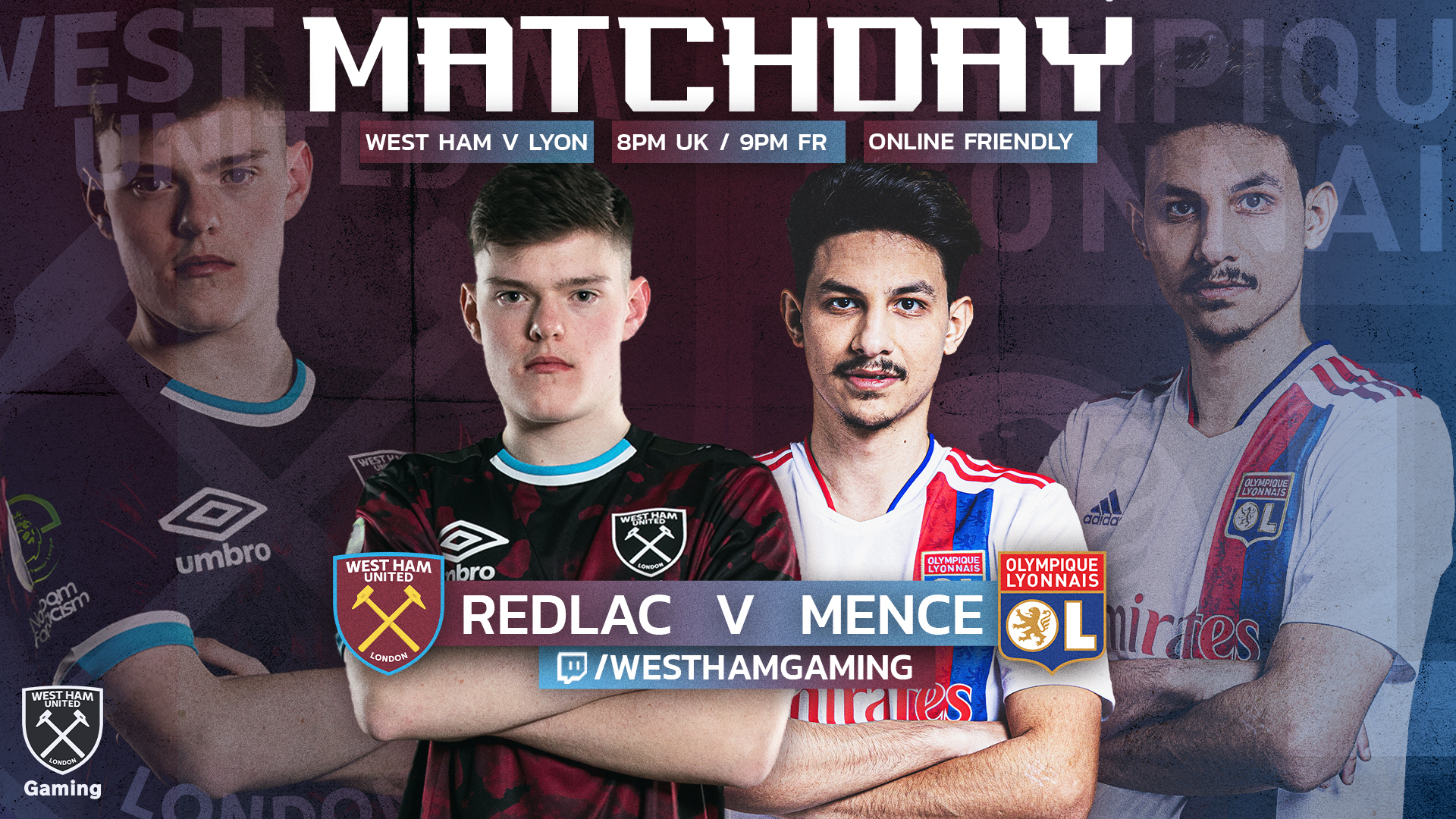 One of the biggest weeks in Claret & Blue continental history is in full swing – and West Ham Gaming played their part with a showpiece friendly on Wednesday against Olympique Lyonnais’ Esports club ‘LDLC OL’ - winning 3-2 over two legs!

In hopefully a case of life imitating art, the two players drew 1-1 in the first leg, before RedLac and West Ham won the second 2-1!

You can watch the action again in the player above!

Well done @AC_RedLac and well played to @MenceFIFA as we defeated @LDLC_OL 3-2 to mirror our #UEL clash tomorrow night, hopefully we get the same outcome tomorrow! pic.twitter.com/usH1EV6ahh

The non-competitive game mirrored the two sides’ UEFA Europa League quarter-final, with the Hammers hoping to overcome Lyon’s real-life players on Thursday evening in the second leg in France after a 1-1 draw at London Stadium last week.