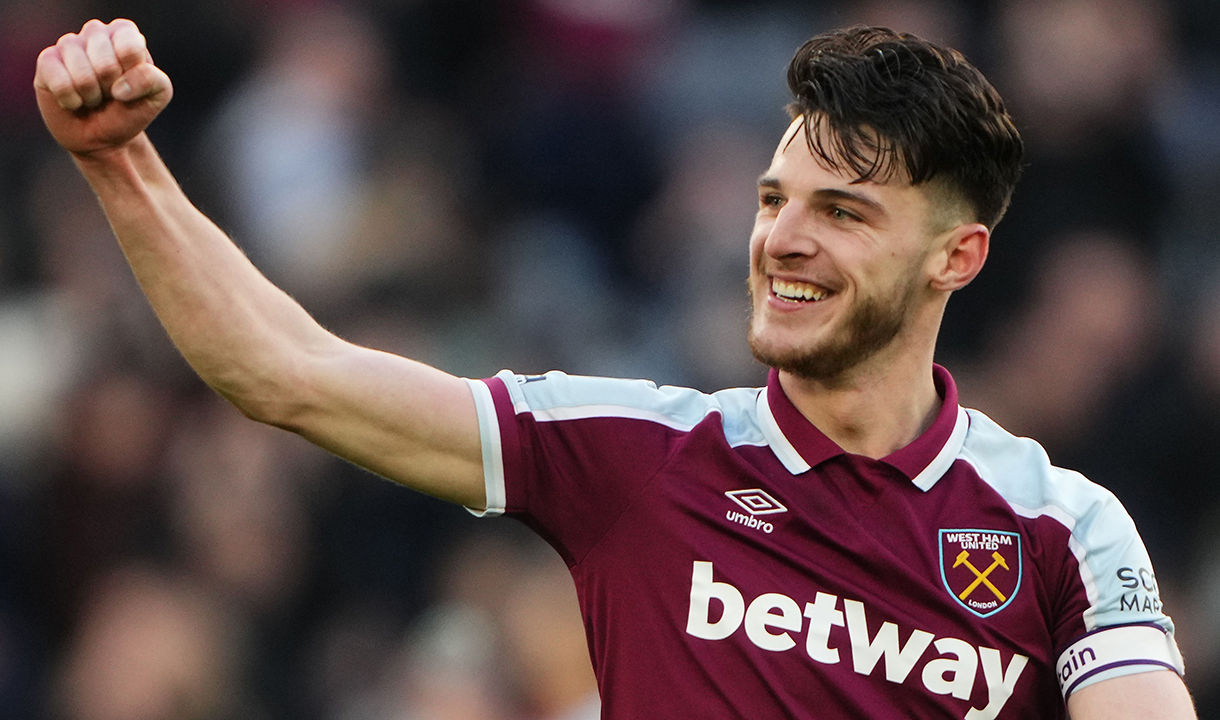 After a sensational 2021, West Ham United midfielder Declan Rice has been nominated for EA SPORTS’ FIFA 22’s Team of the Year – and voting is now open!

A remarkable calendar year for Rice saw the 22-year-old help the Hammers attain European football, with a Club-record Premier League points total and a sixth-placed finish; lead the Irons out in their first-ever UEFA Europa League group-stage game; and numerous other spectacular feats in Claret and Blue.

Rice’s 2021 also saw him played a starring role for England at UEFA Euro 2020 as the Three Lions reached their first major tournament final in 55 years, and scored his first international goal on his 25th cap for his country.

Congratulations to #WHUFC midfielder @_DeclanRice on being nominated for the #FUT22 #TOTY. Get voting Hammers fans! ⚒️ pic.twitter.com/z1aAFttUX3

And now, EA SPORTS have recognised those achievements with a nomination for their FIFA 22 Ultimate Team’s Team of the Year squad.

Supporters can now vote for Rice to be part of that team, with the winners seeing special TOTY Player Items released into FIFA 22 Ultimate Team, featuring some of the highest ratings of the season to celebrate each player’s status as the best in the world.

Voting opened at 4pm on Monday 10 January, with the closing date yet to be announced.

Last season, the voting was open to the public for 11 days - but either way, West Ham fans will be sure to get behind Rice in their droves!