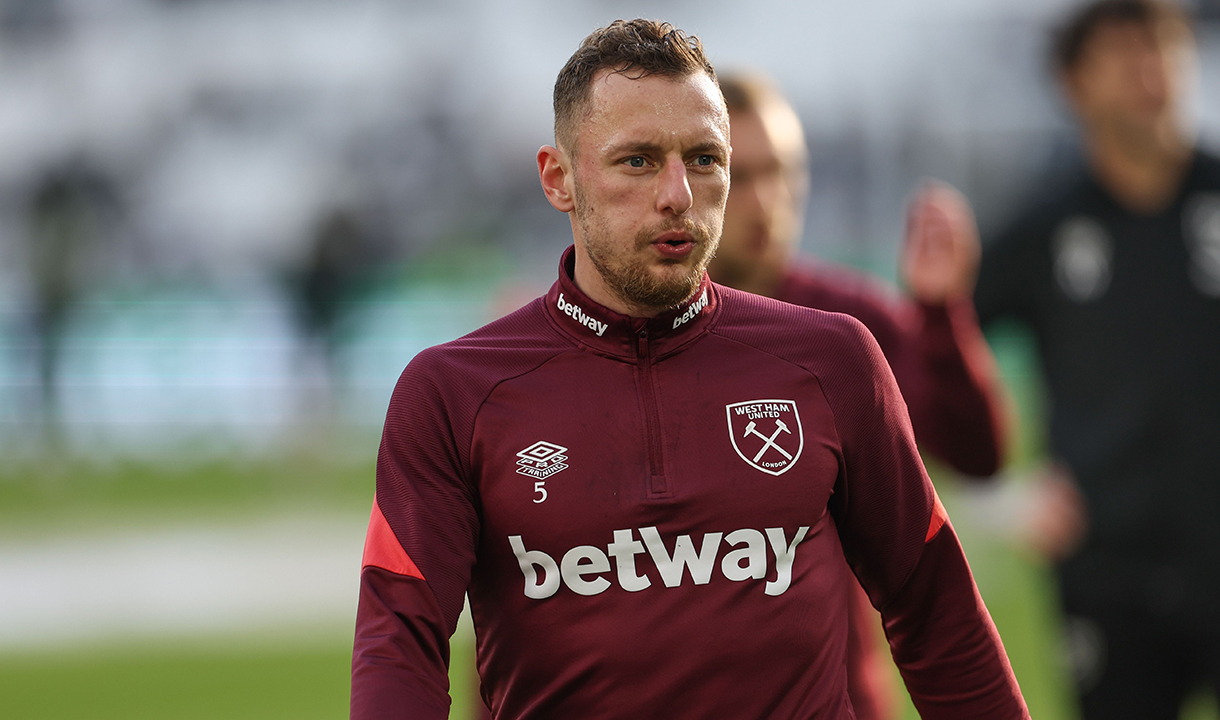 The reality of competing at the top end of the Premier League is that setbacks – when you appreciate the quality of the division’s other sides – are bound to occur for every team.

It is how you respond to such disappointments, West Ham United defender Vladimír Coufal reasons, that will define your season’s outcome.

The Irons were understandably frustrated to fall to a 3-2 loss against Leeds United at London Stadium, but the busy fixture programme rolls on nevertheless, with Coufal reiterating that spirits – bolstered by his team’s relationships – have not been dampened.

Coufal and his teammates have demonstrated ample resolve over the last two seasons and, ahead of a trip to Old Trafford to face fellow European contenders Manchester United on Saturday, feels his team will not deviate from that mentality.

“We lost the last game and were unlucky, but the spirit is still very, very good,” the 29-year-old explained.

“We have good relationships between us in the changing room, so we are in a good mood before Manchester United, and that’s the most important thing.

“Preparation has been good, like normal. We did some tactical things for Man United and some set pieces, like usual.

“We don’t want to change everything because of one loss. We have processes and we have our system, our way to play, and we believe in ourselves.”

The Hammers go into Saturday’s game in fourth place, two points ahead of their hosts, albeit having played a game more.

Nevertheless, despite not having won at the ground since the final day of the 2006/07 season, they are likely to show little fear, having already defeated the Red Devils at Old Trafford in the Carabao Cup third round this season.

Moreover, the Irons have beaten the likes of Tottenham Hotspur, Liverpool and Chelsea in the 2021/22 Premier League, demonstrating their capacity to challenge the league’s traditional heavy hitters.

“All the [Premier League] victories were at home, so it will be different to play against Manchester United at Old Trafford,” Coufal noted.

“They are at home and they are very strong there, but I think we are able to win there after a long time.

“It will be very difficult, but I believe in our team. We might need to be a little bit lucky, like in every game against a big team.”

A condensed top third of the table sees just six points separate the Hammers in fourth position from Wolverhampton Wanderers in eighth and, with teams having fulfilled varying numbers of their fixtures, there remains all still to play for in terms of European qualification.

Coufal smiled: “Of course, if we finished in the top four, it would be something unbelievable for all of West Ham as a Club: for the fans, for the Club’s history, and especially for some players who are here.

Should he feature on Saturday, the match would mark Coufal’s 54th Premier League appearance, and 20th of this campaign.

A busy fixture schedule – with added European commitments this season – has led to many Irons’ high minute counts so far this season, but the ever-energetic Coufal believes that he and his teammates are embracing that challenge.

“For me, personally, I am ready to spend every minute on the pitch,” he declared.

“Until I am injured again, I will play as many minutes as possible, and also Tomáš [Souček], Declan [Rice] and other players…

“We enjoy being together on the pitch, and we win together and we are successful together, so there’s no reason to be tired. We are ready to play.”