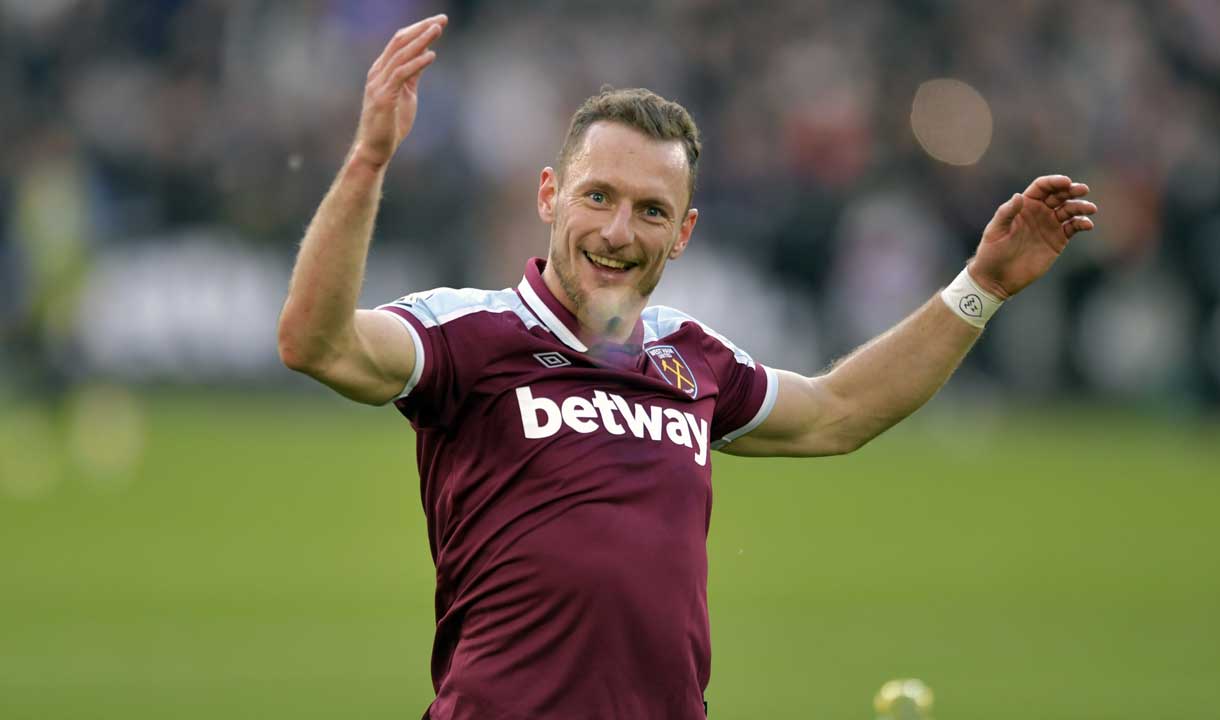 Vladimír Coufal: Our biggest strength is our togetherness

Vladimír Coufal is sure West Ham United are ready to tackle any challenge they are set to face across a punishing festive schedule.

The Hammers head to Burnley for a Sunday lunchtime kick-off in the Premier League, just three days after concluding their successful UEFA Europa League group stage campaign against Dinamo Zagreb.

With progress in Europe assured, the Hammers can focus on the domestic competitions for the next three months, with lofty aims in league and cup to strive for.

Following last weekend’s 3-2 victory over then-leaders Chelsea, Coufal’s side lie fourth in the table and the right-back says there can be no let up.

“Of course when you beat teams like Chelsea and Liverpool, with huge players, the confidence comes to you automatically, but you need to keep in in balance,” he explained.

“Everyone wants to be as high as possible in the table – the season is very long and very tough and we’ll see at the end of the season where we finish.

“We have a strong team and our togetherness shows that we work for each other, and our biggest strength is to fight together against our opponents.

“December and January is the most demanding schedule in the Premier League. We have to be able to win as many games as possible because every point could count at the end of the season.”

That resolve is sure to be tested by a Burnley side who will be looking to move out of the bottom three at Turf Moor on Sunday.

Coufal has good memories of facing the Clarets to fall back on, including last season’s victory in Lancashire which came courtesy of a Michail Antonio double.

“I remember we won 2-1 at Turf Moor last year and we played really well, creating a lot of chances,” he continued.

“Hopefully it will be similar, but we know it’ll be a game with a lot of challenges, a lot of crosses and running in behind.

“We have to prepare for this style and I think we are able to manage it.”

The Czech Republic international only has to look back a week for the perfect inspiration too, when he helped his team twice come from behind to defeat Chelsea in a London Stadium thriller.

“Of course it meant a lot to us and all the fans to beat Chelsea,” he added.

“It was a London derby and to beat them after being behind twice and scoring in the last minutes is unbelievable. I’m glad I could be part of that game.

“We are the first team to score three goals against them in the Premier League this season and that’s good. We’ve shown we can score against everyone.”