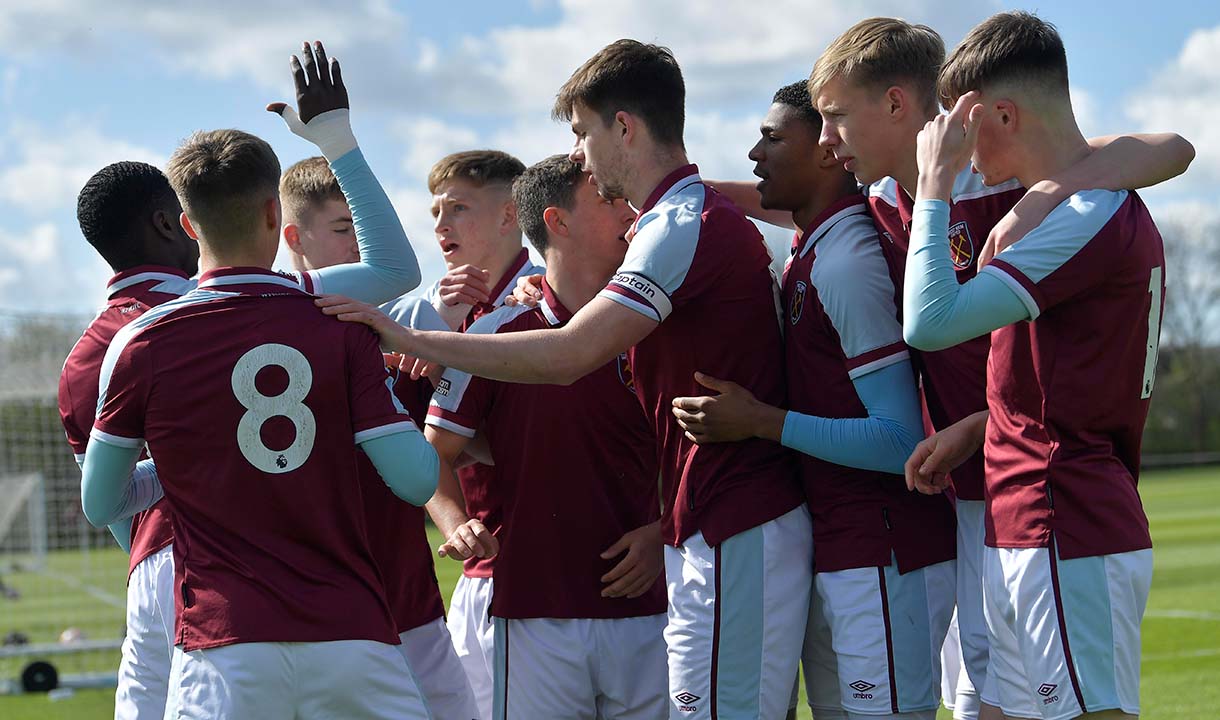 West Ham United U18s capped off a superb season in the U18 Premier League South with a 4-0 victory against Norwich City at Little Heath on Saturday.

Kevin Keen's young side came into the game guaranteed to finish in an impressive second in the division, and the Hammers opened the scoring inside ten minutes through Callum Marshall, with the Irishman finding the bottom right corner.

Junior Robinson doubled his side’s lead at the start of the second half before Jamal Baptiste made it 3-0 just five minutes later. Robinson secured his brace and three points for his side as he scored a fantastic solo goal with 25 minutes remaining, capping the 2021/22 campaign with another big win for the young side.

The first chance of the match fell for Norwich, as the ball broke kindly for Alex Matos in the box. Fortunately for West Ham, the shot was straight at Jacob Knightbridge.

West Ham took the lead moments later as Lewis Orford won possession in the attacking third and slotted the ball through to Marshall. The striker cut inside and lashed the ball into the bottom corner from the edge of the box.

Archie Woods came close just before the half an hour mark as his volley from the edge of the box was well saved by Reece Truman.

Norwich could have found an equaliser just before the interval. A corner, whipped into the West Ham area, was recycled and fell unexpectedly fell for Solomon Alidor-Hamilton. He reacted quickly to get his toe to the ball but his strike went over the crossbar.

Robinson doubled the hosts' lead on 50 minutes. The ball was played out to the wing back on the right flank and his first touch was superb to beat his man. Robinson’s initial shot was only parried and he made no mistake on the rebound, firing into an empty net.

Norwich were reduced to ten men just minutes later and West Ham made use of the extra man, increasing their advantage to 3-0. All three centre halves were involved as Michael Forbes crossed the ball to Kaplan Casey who unselfishly headed back across goal. The ball fell to Baptiste who finished smartly with the outside of his right foot after his initial effort was blocked.

The Hammers put the result beyond all doubt just after the hour as Robinson scored his second of the match. He showed fantastic pace and power, picking the ball up from deep and driving through the Norwich defence. The defender displayed the composure of a seasoned striker to take the ball around the goalkeeper and roll into an empty net.

Robinson almost secured his hat trick with ten minutes to go, once again with a driving run through the Norwich defence but this time his shot was just wide of the post.