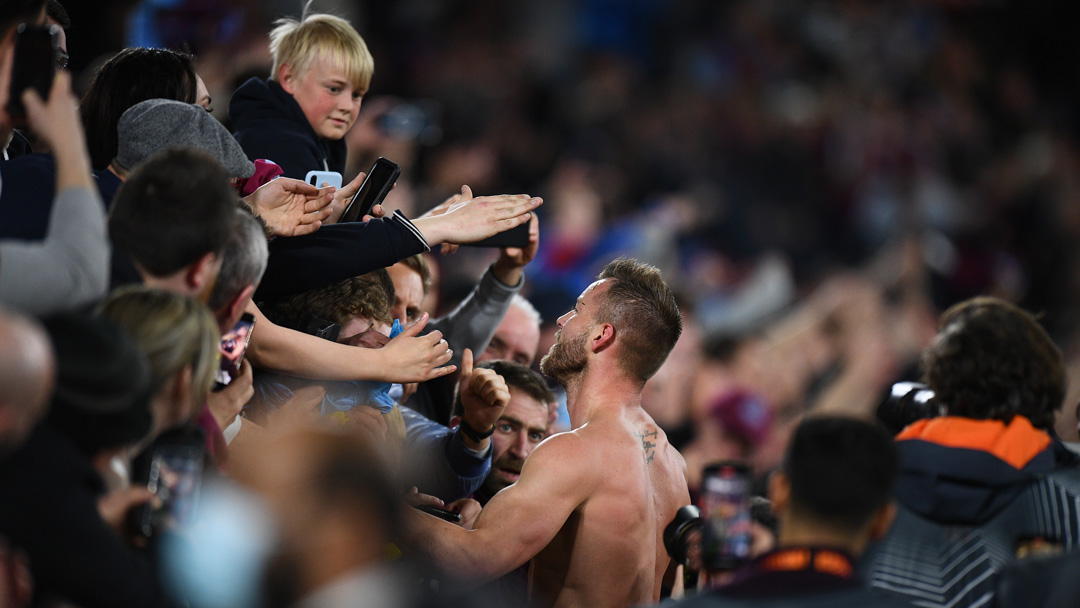 1. A night to remember

Nobody present at London Stadium for Thursday’s UEFA Europa League round of 16 second-leg win over Sevilla will ever forget it.

For every generation of West Ham United fan, there are games that define your support, and for this generation, this was that game.

The atmosphere was building in and around the ground from mid-afternoon, with fans descending on Stratford, Hackney Wick and Queen Elizabeth Olympic Park from far and wide to be a part of the Club’s biggest European night in at least two decades, arguably four.

The stands filled early as excitement and anticipation grew, with DJ Tony Perry’s ‘Massive’ pre-match set, a dazzling pre-match light show and deafening rendition of Bubbles bringing things to boiling point as the teams emerged from the tunnel.

When the game kicked off, West Ham were at it, almost from start to finish. Yes, Sevilla had their moments, but they are not six-times Europa League winners and second in La Liga for nothing, and the ever-resilient Hammers stood firm.

When Tomáš Souček headed in the opening goal to level things on aggregate six minutes before half-time, the roof was nearly lifted off London Stadium by the record 59,000-strong Claret and Blue Army.

As ten o’clock came and went and extra time wore on, not one single fan, young or old, some way past their bedtime on a school-night, left their seats. Belief remained strong, everywhere we go.

And then, at 10.23pm on a Thursday evening, it happened. The tireless Pablo Fornals shot, Sevilla goalkeeper Bono parried, and there was Andriy Yarmolenko to calmly slot home a goal none of us will ever, ever forget.

Just as it was after he scored against Aston Villa on Sunday, Yarmolenko was overcome with emotion, no doubt thinking of family, friends and millions of his compatriots suffering in his homeland of Ukraine. It was a moment to celebrate, but also one to reflect.

West Ham saw the remaining eight minutes out, with soon-to-be-retired Club captain Mark Noble introduced to a deafening roar to help steer his team into the quarter-finals.

Another wall of noise greeted the referee’s final whistle. The players celebrated by leaping on one another. Noble leapt on Declan Rice's back and cried tears of joy. Manager David Moyes, who has masterminded this incredible journey, held his arms aloft as a big smile broke across his face.

West Ham had done something no English team had ever done before – eliminate Sevilla from the Europa League.

The journey continues - who knows for how long...

While goalscorer Tomáš Souček may have been named the official Man of the Match, Thursday’s win was a true victory for teamwork and togetherness.

And, of course, there was the manager: David Moyes’ steely determination to transform West Ham into a team to be feared, into a new force not just in English but in European football, and his jubilant celebrations at the final whistle.

What a 24 hours it has been for Ben Johnson!

First, our home-grown right-back produced yet another impressive performance to help West Ham United complete a stunning comeback to knock Sevilla out of the UEFA Europa League.

Then, the Academy of Football graduate led a chorus of ‘Sweet Caroline’ as he celebrated with the Claret and Blue Army after the final whistle at London Stadium.

And to complete an unforgettable hat-trick, the 22-year-old was awarded for his fine recent form and growing stature with a first-ever call-up to the England U21 squad for UEFA European U21 Championship Group G qualifiers at home to Andorra and away in Albania.