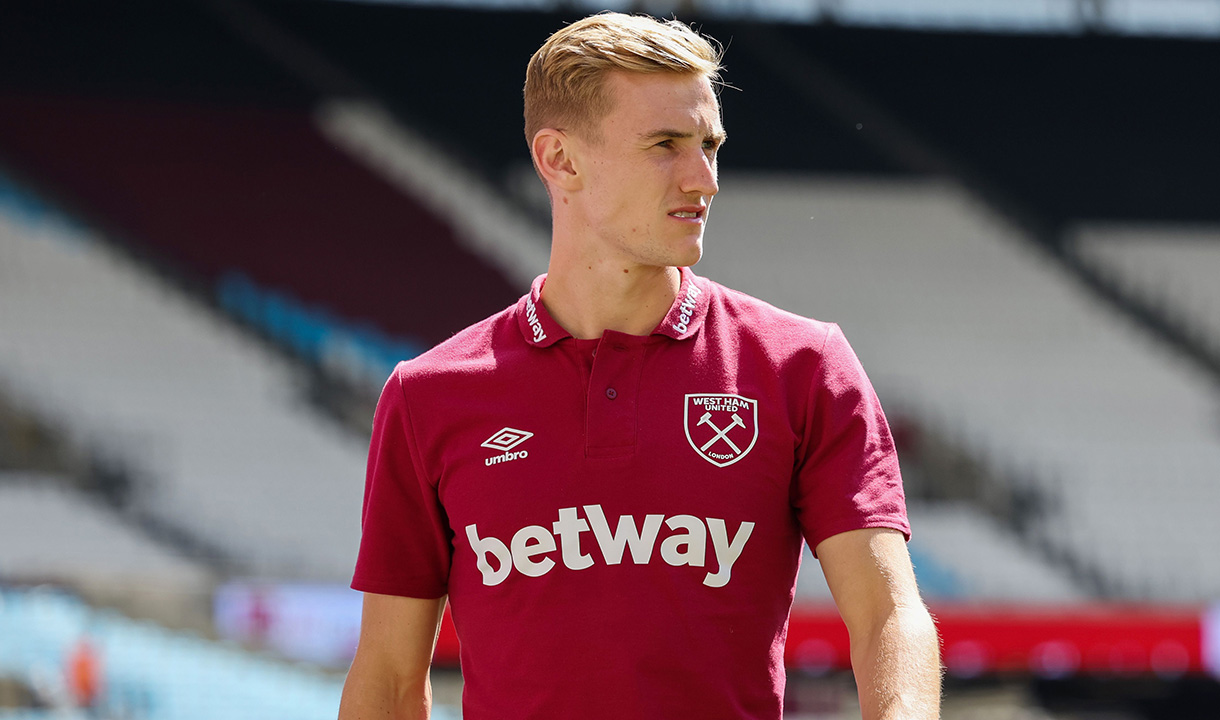 Fresh from a man-of-the-match performance in the reverse fixture, Flynn Downes is back in the West Ham United starting XI for our UEFA Europa Conference League clash with RSC Anderlecht.

The Hammers No12 is one of eight changes from West Ham United’s last outing against Fulham, with only Jarrod Bowen, Aaron Cresswell and Lucas Paquetá retained.

At London Stadium, Downes makes his third start in Group B and will be partnered by Manuel Lanzini and Lucas Paquetá in the middle of the park, as David Moyes’ outfit search for a fourth consecutive win in the Europa Conference League.

With a point needed to secure qualification to the knockout stages, Cresswell will captain the Irons. The Hammers No3 is part of a back-five alongside Vladimir Coufal, Ben Johnson, Angelo Ogbonna and Emerson Palmieri, who are looking for a second straight clean sheet in European football.

They will be aided by Alphonse Areola, who made a heroic stop from a Fabio Silva header to secure the points in the reverse fixture at Anderlecht last week, and keeps his place in the Europa Conference League starting XI.

Saïd Benrahma is set to make his 18th appearance in European football – no Hammer has made more. He will be leading the support of Bowen at London Stadium.

That means Gianluca Scamacca, who is seeking a goal in a fourth consecutive match in all competitions, drops to a strong substitutes’ bench.

Starters from the Hammers’ 3-1 Premier League win over Fulham last Sunday, Declan Rice, Tomáš Souček, Craig Dawson and Pablo Fornals will hope to make an impact as well, with Conor Coventry and Darren Randolph also part of the matchday squad.

Notably, the substitutes’ bench seats a quartet of youngsters from the Academy of Football with midfielders Ollie Scarles, Keenan Appiah-Forson, Freddie Potts and goalkeeper Krizstian Hegyi all part of the matchday squad.

Scarles travelled with the squad for the reverse fixture, while Appiah-Forson and Potts featured in the UEFA Europa League last season against Dinamo Zagreb. Should they feature tonight, it would be a first-team debut for Scarles and Hegyi.