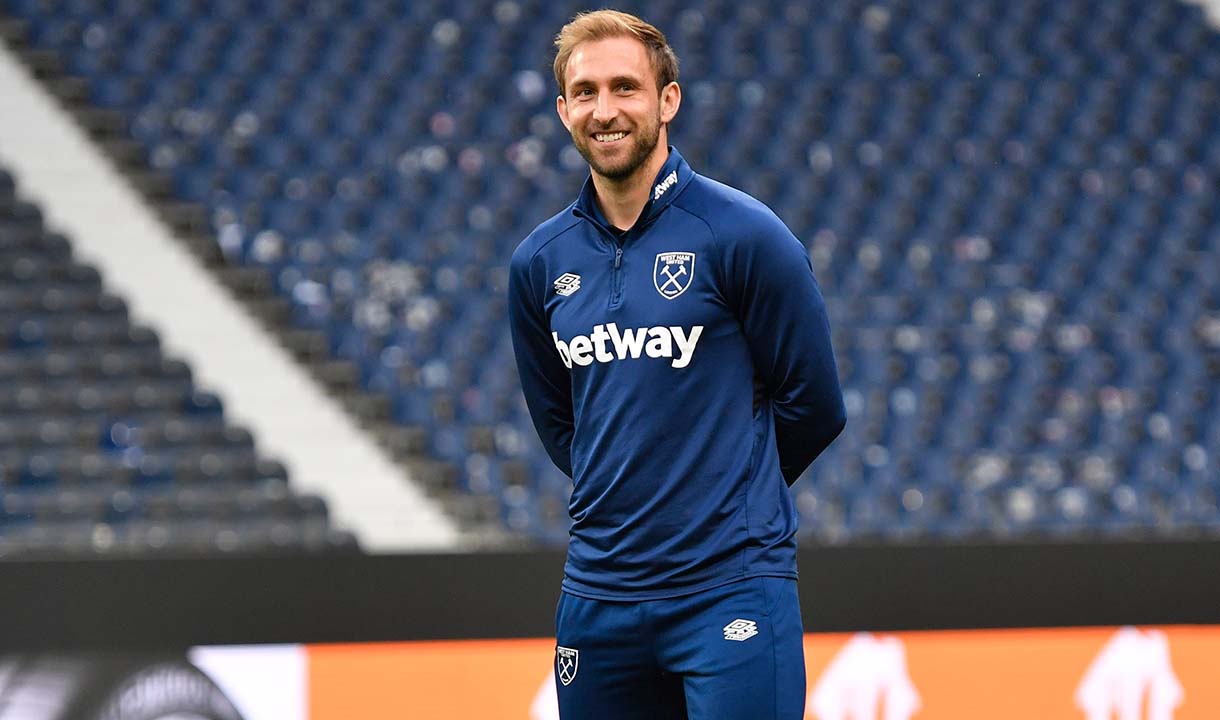 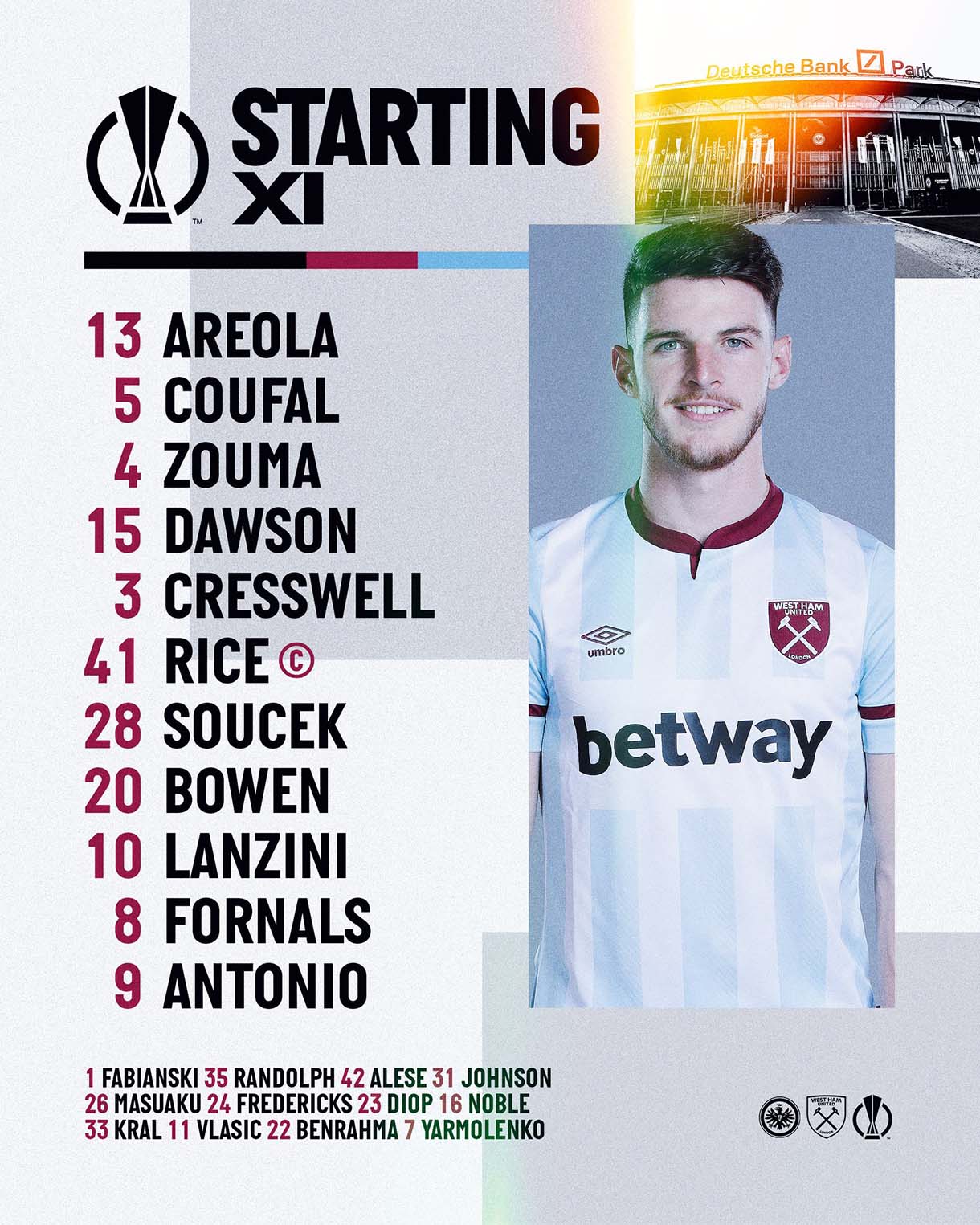 The Irons will take to the Frankfurt Stadion pitch this evening looking to overturn a 2-1 deficit from the first leg at London Stadium and secure a place in a major European final for the first time since 1976.

The manager has made four changes to the side that started against Arsenal in the Premier League on Sunday, with Alphonse Areola, Craig Dawson, Tomáš Souček and Michail Antonio returning to the team.

Areola continues between the sticks for the Hammers on the European stage, having impressed during his outings in the UEFA Europa League this campaign.

Dawson missed out on Sunday due to suspension but has been returned to the side in central defence alongside Kurt Zouma, while Vladimír Coufal features at full-back. Aaron Cresswell will play on the opposite flank for the Hammers.

Declan Rice captains the side in midfield and features alongside Souček, who returns in place of Mark Noble. Manuel Lanzini also starts for the Irons in Frankfurt.

Pablo Fornals, Jarrod Bowen and Michail Antonio complete the starting XI for Moyes’ side, with Antonio looking to add to his goal tally after netting against Eintracht Frankfurt in the first leg last week.

Noble, Ryan Fredericks, Saïd Benrahma and Łukasz Fabiański take their respective places among the substitutes available to manager Moyes in Germany this evening.