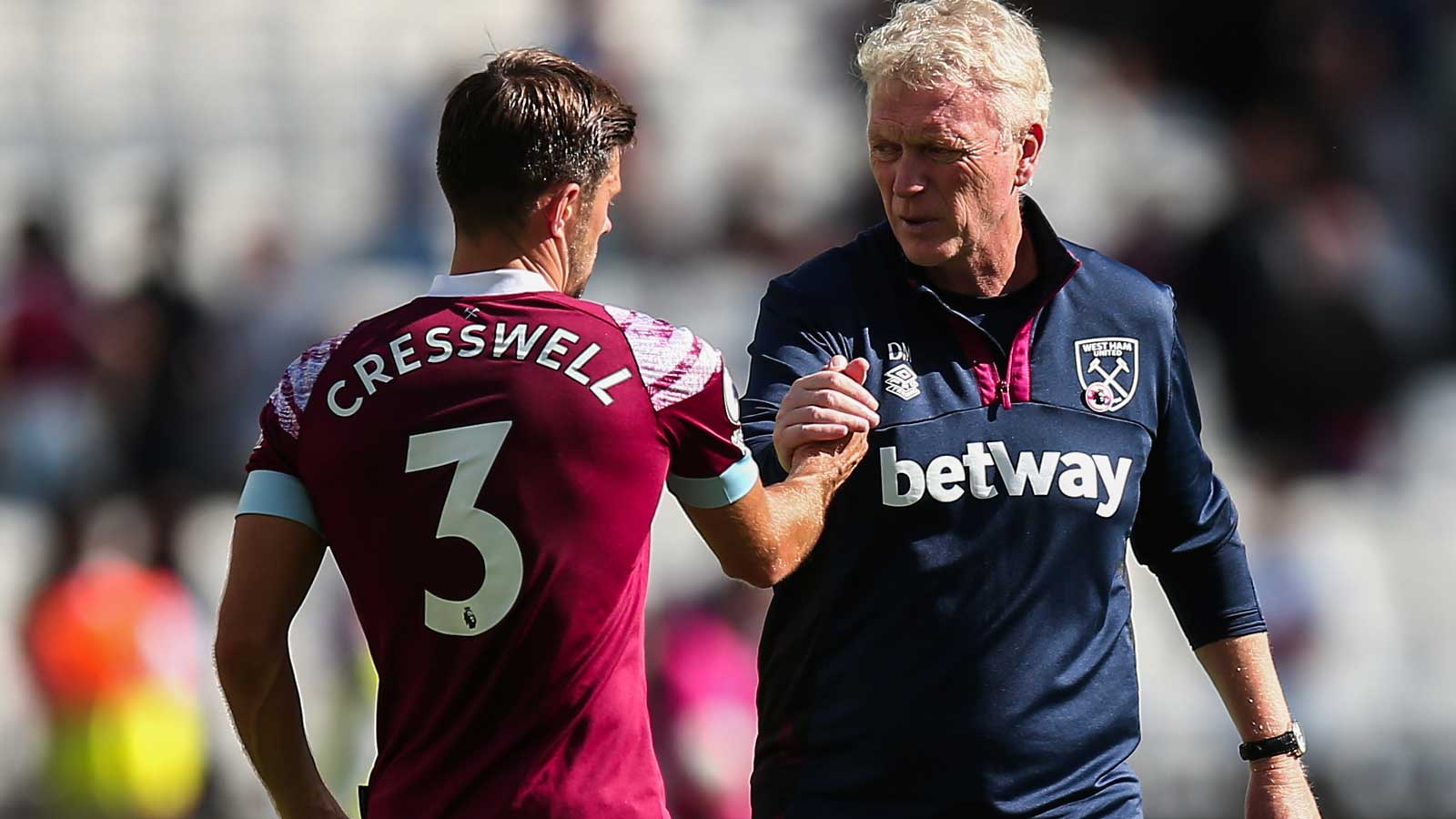 The Hammers No3, who made his 300th appearance in Claret & Blue in West Ham’s 3-2 win over Silkeborg IF last Thursday, previously missed matches against Chelsea and FCSB.

Łukasz Fabiański, one of six changes from our UEFA Europa Conference League match in Denmark, is restored for Premier League duties in goal, with Vladimír Coufal, Kurt Zouma and Thilo Kehrer completing the defensive line alongside the vice-skipper.

West Ham boss David Moyes, who returns to the club he managed for over eleven years, names Tomáš Souček and captain Declan Rice in midfield, while Pablo Fornals, Jarrod Bowen and Lucas Paquetá will lead the attacking support.

Searching for a third win in a row at Goodison Park, Michail Antonio will lead the line against Everton, having netted in the Hammers' last league outing against Chelsea.

It means that the three goalscorers from our last outing - Gianluca Scammacca, Craig Dawson and Manuel Lanzini – will hope to make an impact from the substitutes’ bench.

Scorer of the winner in the last meeting between the two teams on Merseyside, Angelo Ogbonna is also part of a strong Hammers’ bench that also seats Saïd Benrahma and Flynn Downes.