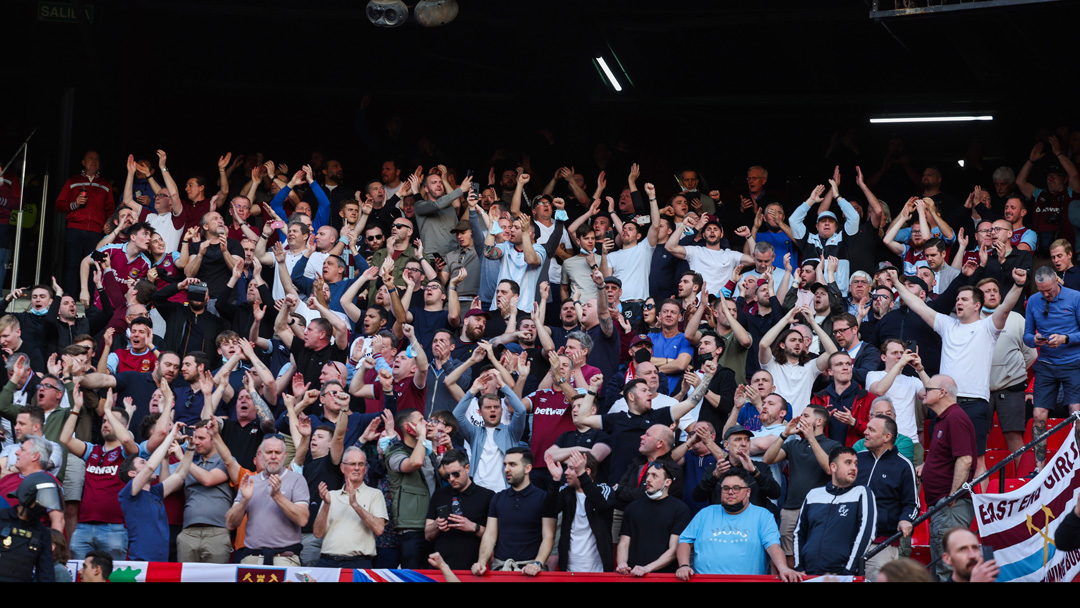 West Ham United would like to wish all supporters travelling to Germany a safe journey and thank you once again for your loyal and dedicated support.

Supporters are advised that they should not travel to Deutsche Bank Park in Frankfurt without an allocated ticket in the away supporters’ section.

Supporters should not attempt to gain entry to the stadium without a ticket.

Supporters who have purchased tickets in the home sections will not be permitted entry and will NOT be relocated to the visiting supporters’ section.

West Ham fans are advised that there are several public zones in the city centre to congregate pre-match.

Supporters with a ticket and travelling to the stadium from the city centre are advised to do so by train. The trains depart from the Frankfurt Main Central-Station, arriving at Deutsche Bank Park on a direct route. The journey time is approximately 20 minutes.

Local authorities will be on hand to assist supporters with their journey direct to the station and the stadium.

Upon arrival at Deutsche Bank Park, ticket checks and full body searches will be made.

Supporters are informed that stadium rules do not permit the carrying / using of pyrotechnics.

Finally, if travelling to the game without a ticket, the advice is to watch the match from the city centre, as there are no bars or restaurants in the immediate vicinity of the stadium.

West Ham United would like to thank all travelling supporters for their co-operation and remind them that our dedicated Supporter Services team will be in Frankfurt to provide assistance, with regular updates available throughout the trip on the official @westhamhelp Twitter platform.

Click here to read our All You Need To Know guide to Thursday's tie.