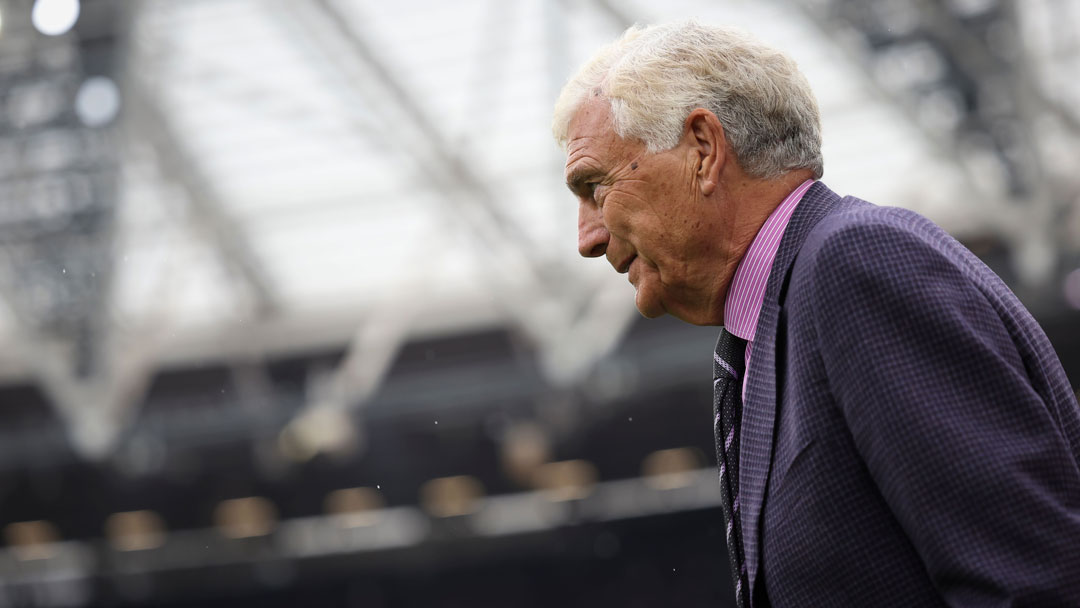 I have been proud to be a West Ham United fan on many occasions over the years – and one of those ‘head up, chest out moments’ came before the most recent match at London Stadium, the Europa Conference League Group B tie against FCSB on that fateful Thursday 8 September.

The sad news of the death of Her Majesty Queen Elizabeth II had been announced in the early evening and there was some conjecture, in the media lounge, whether the game would go ahead.

In the event, the right decision was made and when the teams emerged, the mood was sombre and reflective.

The PA announcer began telling us there would be period of silence but he was soon drowned out by first clapping and then a rendition of the National Anthem which reverberated around the stadium. The spontaneity of the singing took many by surprise – but it was pitch perfect.

The Hammers fans did their Queen proud that night and it was a moment I will never forget.

Sir Trevor Brooking was also there that night and was equally blown away by the response of the fans of both clubs.

“I thought the fans’ response that night, when they had just learned the sad news, was absolutely fantastic,” he said. “It was a difficult night for everyone but the supporters handled it so well.”

Sir Trevor has been fortunate enough to meet The Queen and other members of the Royal family at various times over the years and talked about that privilege a few days ago.

“I was lucky enough to meet the Queen several times,” said Sir Trevor, “as well as working on a couple of things with both the Princess Royal and Prince William.”

“I remember Her Majesty talked to me briefly about football and mentioned us winning the FA Cup final,” he recalled.

“There were a couple of other, more private functions when I met her and on those occasions it was more relaxed and her dogs were there, running about. She always tried to make you feel at ease.

“I did some work with Anne, Princess Royal, who was the patron of a prison award scheme called the Butler Trust and it was great on occasions, to see how she and the Queen would interact when they together.

“There were times when Prince William was also there and I saw him quite a few times when I worked for the FA and he was our patron.

“It was a privilege to be given the opportunity to meet The Queen but I must say I was never anxious because, each time, you knew you would be put at ease.

“I was only five years old when she became Queen so I count myself so lucky to have seen her evolve during those 70 years of her reign.

“I do believe the last few days have further strengthened the monarchy. The Scottish people have first had the chance to pay their respects and now so many more down in London have also had that opportunity.

“The enormity of what happened took a few days to truly sink but the reaction of the whole country must have been uplifting and supportive for the family. If anything, I feel it has strengthened the support for the Royal family.

“I may be biased but I don’t believe any country could have handled these last days any better than us. People are realising this country is special with its Royalty and the way we do things.

“The reaction has been unique and recognition of the way the Queen travelled the world and had an influence on so many.”