Rice: That was the best night I’ve had at West Ham

The atmosphere. The performance. The result.

Declan Rice will never forget any of it.

The Academy of Football graduate put in the shift of his life in midfield against Sevilla at London Stadium, playing a vital role in the team overturning the 1-0 deficit from the first leg to claim a historic 2-1 UEFA Europa League round of 16 aggregate victory over the La Liga high-fliers.

“What a night. What a night!” Rice beamed.  “It’s one of those special European nights that we’ve all been waiting for.

“I’m lost for words. Walking round the pitch, taking it in. I love West Ham fans. They care so much about this club. They demand 100% and if you do that, they treat you as one of their own. It was special to be on the pitch tonight.

"I’ve played in big games before like Liverpool, Spurs, Chelsea. But European wise, this tonight will never be topped. We were 1-0 down, we knew Sevilla were such a good team. We knew with our fans and the quality on the pitch we could do it today. It's probably the best night I’ve had at West Ham.”

We knew with our fans and the quality on the pitch we could do it today. It's probably the best night I’ve had at West Ham.
Declan Rice

The incredible home support was already anticipating a special evening, something that only grew when Tomáš Souček got the leveller on aggregate, heading in Michail Antonio’s cross.

With the score-line level after 90 minutes, it took extra time to split the sides, and Andriy Yarmolenko was the difference, tapping home Pablo Fornals’ rebounded effort to send London Stadium into delirium and the Irons into the last eight of the Europa League.

Rice continued: “I said after Sevilla away that we knew the fans would be on our side here, the players know what it means and it was only 1-0. It was disappointing to lose but it’s always tough to come to somewhere like this and hold onto the lead. We showed a lot of character tonight. There was a real buzz around the lads, the players, and to win, we’re buzzing.

“What a header from Tomáš. It was good because Manu and I were playing a little bit deeper, trying to control the game. We just said to Tom to get on in there and get in the box, which is what he’s best at. And what a header. A proper European header that will catch the eyes for years.

“Yarmolenko was a little bit emotional away from the lads afterwards. For what he's been through to perform like this is a credit to him – his desire, the way he chased players and scored two crucial goals. He deserves this. He stepped up. I’m delighted for him.

“He was well onside and what a finish to come on in like that and tap it in, it was a great finish. It was like his goal at the weekend, another great finish for him.”

With a famous victory secured, and a place in the last eight now to look forward to, Rice is backing the Hammers to take on whoever is next for the side in the Europa League.

The European adventure continues, with the quarter-final draw taking place at 12.30pm GMT on Friday afternoon.

“I’ll play anyone. I think all the lads will play anyone. This is a tough place to come. If we want to win the tournament then we have to beat everyone anyway so we will see what happens.

“There’s no-one to fear. Sevilla were probably the favourites. We can go anywhere and get a result. Teams coming here know they’re in for a game.” 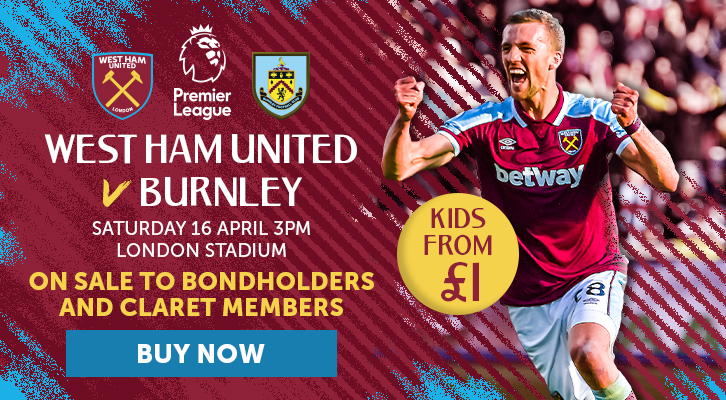