In Pictures: West Ham United Women prepare for final match of the season

West Ham United Women are preparing to take on Arsenal in their final match of the Barclays FA Women's Super League season.

The Hammers face their London neighbours hoping to put a dent in their ambitions of winning the title - with Jonas Eidevall's side coming into the game in second place, a point behind Chelsea.

Tickets are on sale for the match against the Gunners right up until the 12 noon kick-off on Sunday.

Tickets will also be available to purchase at the ticket office at the Chigwell Construction Stadium, which opens at 10.30am on Sunday.

Supporters are advised to purchase their tickets in advance to avoid queues at the ticket office.

The game is also being broadcast live on BBC Two, iPlayer and on the BBC Sport website.

Click on the image above to see some of the best images from training. 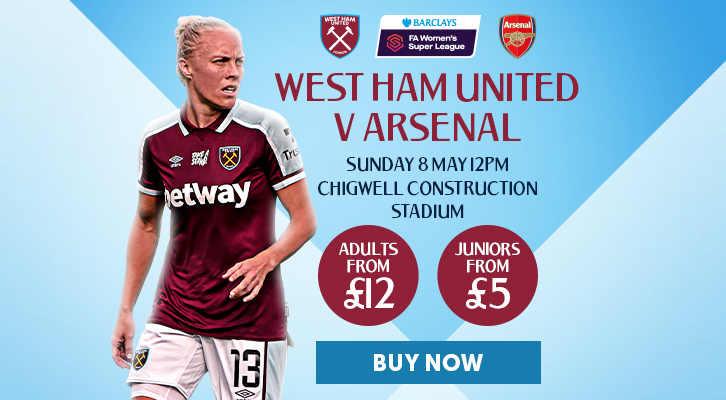