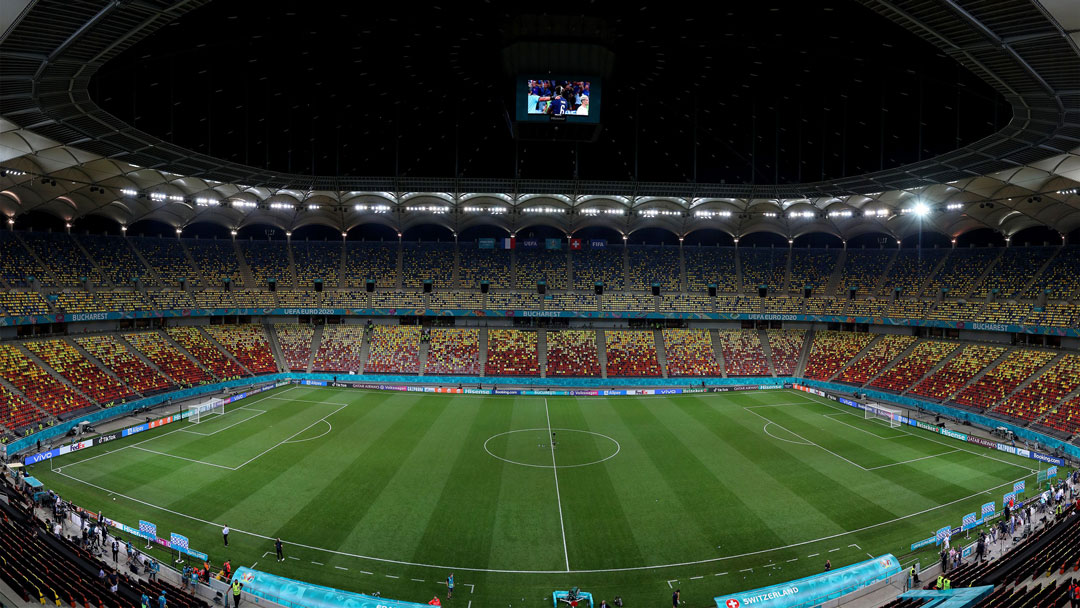 Over Land and Sea to... FCSB

The Hammers have already secured Group B by winning all five of their ties to date, including a 3-1 victory over Thursday's opponents at London Stadium back on 8 September.

Since then, David Moyes' side have beaten RSC Anderlecht of Belgium and Silkeborg IF of Denmark home and away to make it 15 points from a possible 15. Another win on Matchday Six would see West Ham make history by becoming the first team in UECL history to win six out of six.

FCSB, in contrast, remain winless and have been eliminated. Indeed, even victory at the National Stadium will not be enough to lift Nicolae Dică's team off the bottom of Group B.

Kick-off on Thursday is at 10pm local time, which is 8pm back in the UK, where the game will be broadcast live by BT Sport 3.

West Ham United's allocation of 2,849 tickets for this match sold out to Bondholders, Season Ticket Holders and Claret Members, the vast majority of whom will have booked their travel to Romania.

For those who have not yet booked, flights are still available on Wizz Air, leaving from London Luton or London Gatwick on Wednesday and returning on Friday. Once you land in Bucharest, you can take a taxi or Uber into the city center, which should cost between 50-80 lei (around £10).

From the Old Town, where a number of bars and restaurants are situated, the Arena Națională is around three-and-a-half miles to the east of the city centre. To get there, take a taxi or Uber or ride the No90 bus. The journey should take less than half an hour.

Again, the vast majority of the Claret and Blue Army travelling to Bucharest are likely to have booked accommodation.

If not, the recommended areas are the Old Town and around Piața Universității (University Square), as both are in the heart of the city. Alternatively, why not try the Pîata Unirii (Union Square) and Civic Center area immediately to the south?

Bucharest is a city some West Ham United supporters may have based themselves in during our two ill-fated trips to Astra Giurgiu in the UEFA Europa League half a decade ago, so those who visited will know it has a number of interesting landmarks to visit.

The most prominent of these is the Palace of the Parliament, built in the 1980s during the rule of Communist leader Nicolae Ceaușescu. The largest Parliament building in the world, the palace houses the Romanian Parliament, and the National Museum of Contemporary Art.

Another landmark in Bucharest is Arcul de Triumf (The Triumphal Arch), built in its current form in 1935 and modelled after the Arc de Triomphe in Paris. A newer landmark of the city is the Memorial of Rebirth, a stylised marble pillar unveiled in 2005 to commemorate the victims of the Romanian Revolution of 1989, which overthrew Communism.

We have visited Bucharest just once before for a competitive fixture, when we faced Steaua Bucharest in the UEFA Cup second round almost exactly 23 years ago on 21 October 1999.

Harry Redknapp's UEFA Intertoto Cup winners were beaten 2-0 at the Stadionul Steaua, where Laurentiu Roşu and Sabin Ilie scored in each half. The two clubs then drew 0-0 at the Boleyn Ground and the Irons were knocked out.

Prior to that, West Ham visited Romania in November 1980, when John Lyall's side suffered a 1-0 defeat at Politehnica Timișoara in the European Cup Winners' Cup second round second leg. However, a 4-0 home win in the first leg meant the Londoners cruised through.

And since visiting Bucharest, West Ham went to Romania twice in successive seasons in 2015/16 and 2016/17. Neither trip was particularly successful, as Astra Giurgiu ran out 2-1 winners in the UEFA Europa League third qualifying round in August 2015, and secured a 1-1 draw on the way to a 2-1 aggregate victory in the play-off round of the same competition a year later.