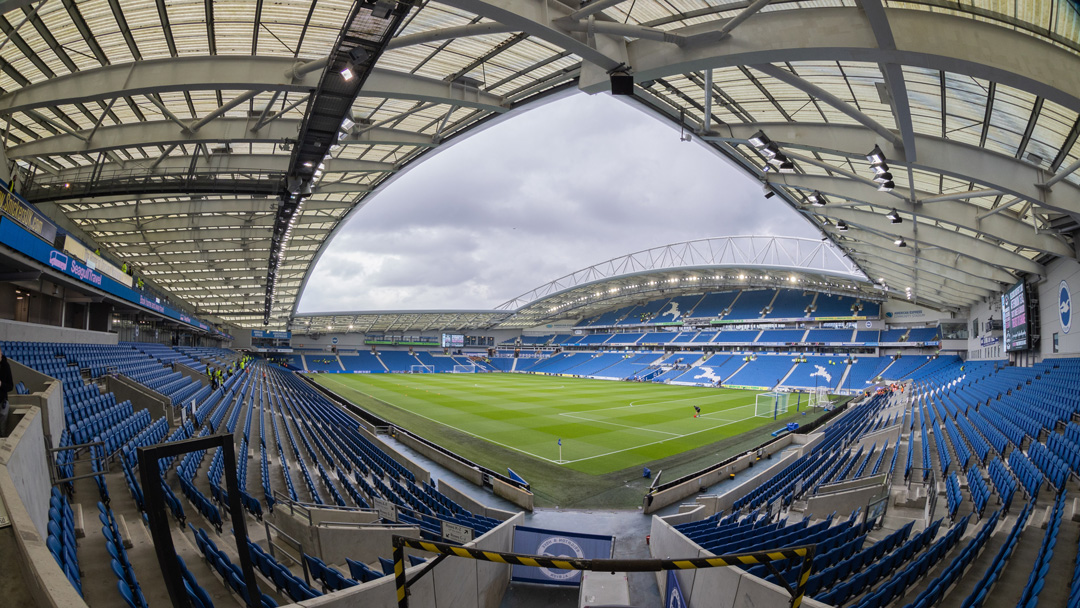 Over Land and Sea to... Brighton & Hove Albion

West Ham United conclude the 2021/22 season with a trip to Sussex by the Sea this Sunday afternoon.

A victory over the Seagulls, combined with a Manchester United draw or defeat at Crystal Palace on the final day, will see the Hammers leapfrog the Red Devils and secure a second straight sixth-place finish.

A win at the Amex won’t come easy, though, as Brighton are finishing the season with something of a flourish, winning four of their previous seven Premier League matches to climb into the top half.

The most recent of those victories was a 4-0 home thrashing of Manchester United, while Potters’ side have also won at Arsenal, Tottenham Hotspur and Wolverhampton Wanderers since the start of April.

If they win on Sunday, Brighton could still secure eighth, which would be their highest-ever league finish, beating the 13th they achieved in the old First Division in 1981/82.

The Amex Stadium is easily reachable by public transport, as it is just two minutes’ walk from Falmer station, itself a nine-minute ride from Brighton station.

Trains depart regularly from London Bridge, with a journey time of around an hour to Brighton, and do so in the opposite direction after the game.

What’s more, train and bus travel within the local area is free of charge to ticket holders between 11.30am-9pm on matchday.

If you’d like to drive, Brighton has excellent car parking facilities available to both home and away supporters over two easy-to-access, nearby sites. Spaces must be pre-booked in advance of the match, priced £15 per car, from BrightonAndHoveAlbion.com/tickets

Free motorbike parking is available on-site at the Amex Stadium.

As one of English’s foremost seaside resorts, Brighton is abundantly stocked with the full range of accommodation options, from luxury hotels to hostels to BNBs.

Realistically, anywhere in the city is suitable if you want to stay the Saturday night, have a few drinks and some food, then make your way to the Amex Stadium on the Sunday afternoon.

Ever since King George IV fell in love with Brighton back in the 1700s, the city has been a magnet for visitors in search of fun, frolics and fresh sea air.

With its majestic Regency squares and crescents, iconic Royal Pavilion and famous piers, today Brighton is as well-known for being a welcoming and diverse city with a passion for culture, creativity and sustainability as it is for its historic landmarks.

We’ve been to the Amex Stadium five times previously, once in the EFL Championship and four times in the Premier League.

The first visit, on 24 October 2011, ended in a 1-0 victory courtesy of Kevin Nolan’s opportunistic winning goal.

Since then, however, we have yet to win at the Amex in any of our Premier League trips there, losing twice before drawing 1-1 in each of the previous two seasons.