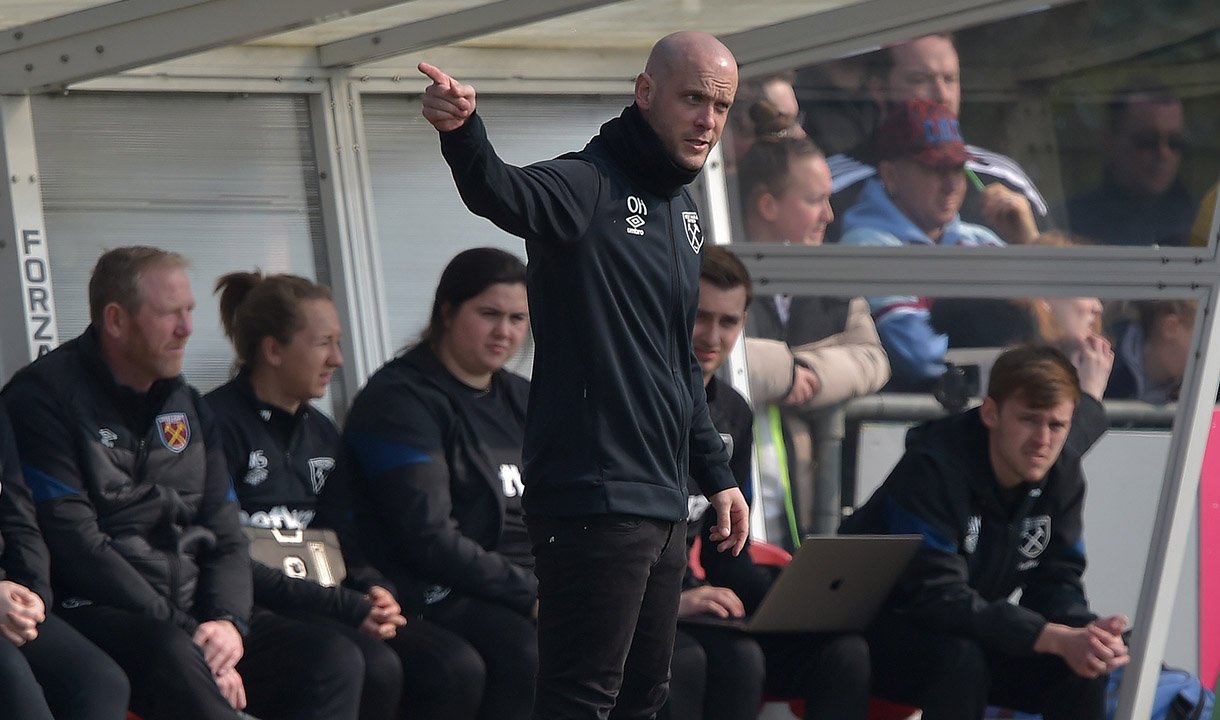 Olli Harder: We're delighted to reach the semi-final of the FA Cup

West Ham United Women ticked off another impressive achievement on Sunday afternoon. Their 1-0 victory over Ipswich Town in the Vitality Women’s FA Cup means that they will now look forward to a semi-final clash in the next round.

Lisa Evans' goal on 32 minutes was enough to see the Hammers emerge victorious against the third-tier side, who certainly made things difficult for Olli Harder’s team.

But they were resilient throughout, and saw the game out without adding to their tally.

And having achieved their record points haul in the WSL this season this week, it’s certainly been a positive one for the club.

“It was a tough game,” Harder told whufc.com.

“Ipswich made it difficult for us out there, but at the same time I think we controlled about 95% of the game and limited them to very little from an attacking sense.

“I think it was a fantastic event and atmosphere. To have 2,000 people in the ground today was fantastic to see and shows the interest in women’s football at the moment. We’re delighted that we were able to progress and look forward to the draw!”

We’ve taken a big step forward this season and still have five more league games to go, plus a semi-final to look forward to
Olli Harder

The Irons were certainly the team in the ascendancy at the Goldstar Ground, with Mackenzie Arnold not called into action one during the 90 minutes – mainly due to good defensive work from the backline.

And Harder took some time to reflect on what a good week it has been for the club.

“The first thing I said when I arrived at the football club was that we needed to close the gap to the tops teams in our division and be more consistent with our performances against them.

“We’ve taken a big step forward this season and still have five more league games to go, plus a semi-final to look forward to. I have to give credit to the players and the staff for taking the steps forward that we have done this season.”

Chelsea, Arsenal and Manchester City are the three sides that West Ham United could face in the next round, and Harder knows that playing any of the trio will be a tough encounter for his team.

And he hopes that his side can pull out a home tie from the draw, where the team have only lost twice in all competitions.

“To be honest, I don’t mind who we play, I’d just prefer the game to be at home. We’ve had three away games in the FA Cup so far, so I’d love to have a game at our place, where we’ve been strong this season. But we look forward to seeing who we pull out, and I’m sure it will be an exciting match, he concluded.