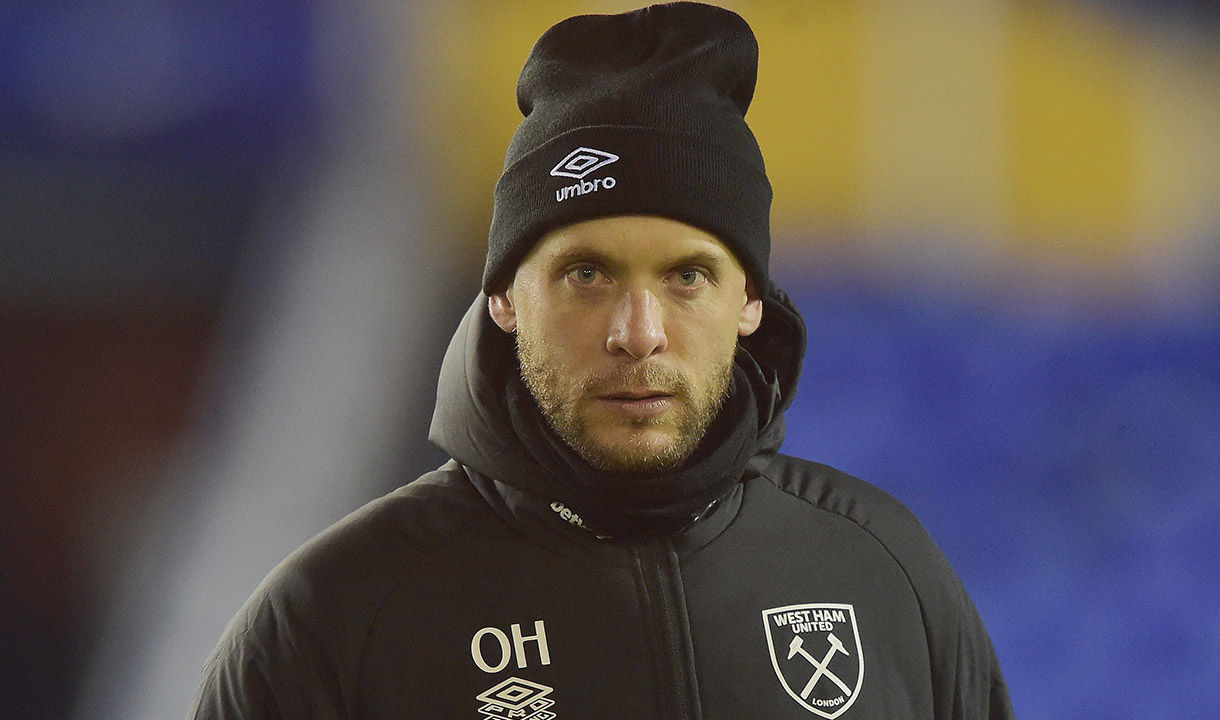 Olli Harder was pleased that his side came away with all three points, as West Ham United Women defeated Birmingham City 4-0 at St Andrew’s.

Claudia Walker, Lucy Parker, Katerina Svitkova and an own goal from Louise Quinn secured the victory, which means that they Hammers have all but qualified for the knockout stages of the Continental Tyres League Cup.

And the New Zealander was pleased with the result at the full-time whistle.

“It’s nice to come away with all three points tonight, Harder told whufc.com.

“There were lots of positives to take from tonight – we were able to rotate our team and give players the opportunity to step up and show what they’re capable of.

“Anytime you’re winning 4-0 is a good evening, so I’m pleased for the players.”

The Hammers were dominant throughout the contest in the Second City, controlling the majority of the game and limiting the home side to very little in the way of chances.

And for Harder, seeing his side being more clinical in front of goal was one of many pleasing aspects of the performance.

“We’re obviously creating chances as a team and tonight we were able to put them away, which was pleasing. Everyone took on the responsibility tonight to make sure that we got the result that we wanted and we were able to do that.

“I thought Birmingham were good in patches today, but I though we were better in all areas, so from that aspect, myself and the coaching staff can be pleased.

"I’m pleased for all three players that managed to get on the scoresheet tonight. I don’t mind where the goals come from but we’re delighted we managed to get a couple tonight.

“All of the goals were really good team goals, so that was nice to see,” he smiled.

Having only played each other last month, Harder was hoping to avoid a similar result to what they experienced at the Chigwell Construction Stadium – a dissapoiting 1-1 draw in a game in which they’d dominated throughout.

But tonight, there was no taking their foot off the gas, as the east Londoners played some composed football on the St Andrew’s surface.

“I think the composure of the team was the most pleasing aspect. We let ourselves down in the league meeting where we were in control but let them get back into the game.

“Tonight, we were better with our progressive passing, our composure on the ball and being clinical with our finishing.

“We turned them around and got between their lines more often than we did a couple of weeks ago, so that was good to see.”

Harder was also pleased that his team made it through what could have been a tricky midweek contest, and hopes that his side can take the confidence of a big win into this weekend’s London derby against Tottenham Hotspur.

“It’s the classic Wednesday night game isn’t it – they always have the potential for a banana skin. Fair play to London City for getting a result against Brighton tonight, which puts us in a strong position going into that match next month.

“We need to finish the week strongly now - we’d like to finish it undefeated. Our goal is to get all three points against Spurs, but we know it will be a tough match. It’s good to go into it with the confidence that this result will bring.”