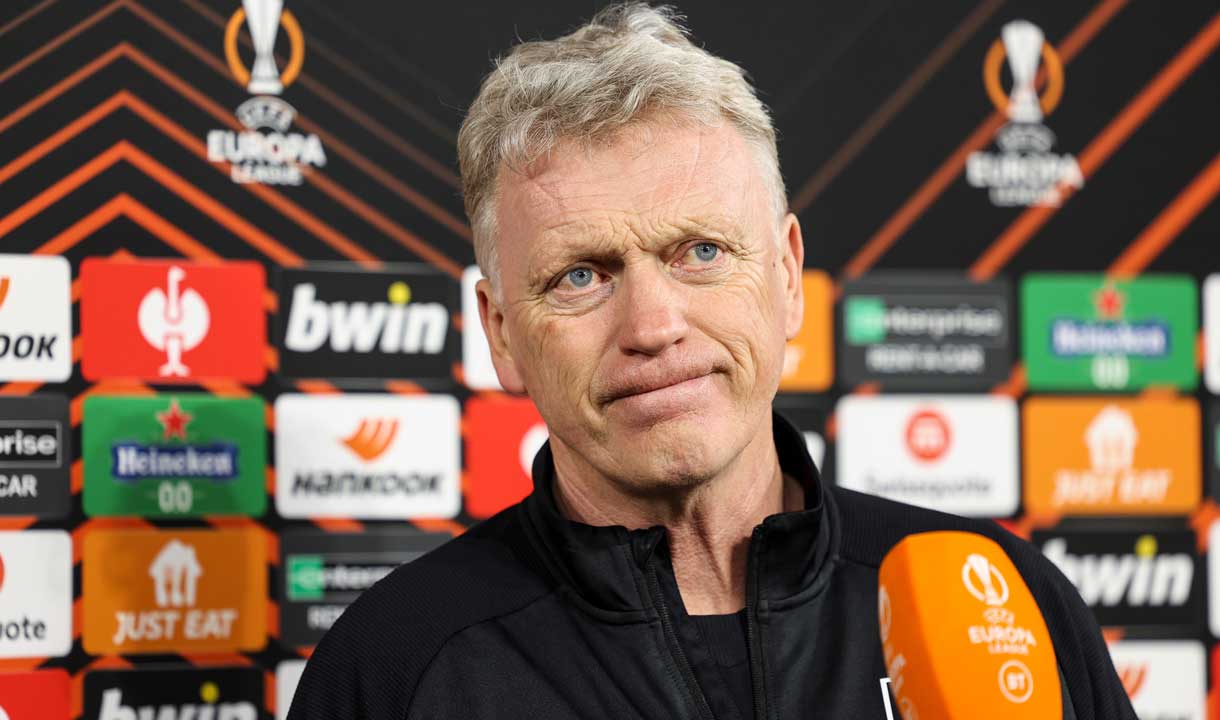 West Ham United boss David Moyes says his team will head to Lyon with encouragement for their UEFA Europa League quarter-final second leg after battling to a 1-1 draw at London Stadium on Thursday.

While the manager was not happy with how the Hammers performed in possession, he was proud of the way they dug in after Aaron Cresswell saw red at the end of the first half to ensure they would reach the midpoint of the tie level.

Jarrod Bowen seized on a defensive error from Jérôme Boateng to notch a precious goal for the Irons early in the second half, and although Tanguy Ndombélé levelled on 66 minutes, Moyes had praise for his team’s defensive work.

It means the tie is finely poised ahead of next Thursday’s return game and Moyes believes there is more to come from the east Londoners.

The second half was good because we showed resilience with ten men.

It was always going to be hard to do much better than that – we came away with a 1-0 defeat at Sevilla, and we’ve got a draw in this game now to give ourselves a good chance.

A lot of people might have thought it could have been similar to Sevilla, but we didn’t really play well enough,

I thought technically they were very good – they kept hold of the ball, passed it through midfield and made it difficult for us.

We will need to reassess a little bit of that, but overall I just didn’t like the way we played with the ball in the first half.

Second half we didn’t have much of the ball, but if anything we probably made more chances with ten men than we did with eleven in the first half, so that tells you a little bit about how I thought the first half went.

We needed the resilience we showed.

It’s a big change in a short period and we’re still adapting to all those changes.

The goal gave us a really good platform.

So many things had gone against us that we needed something to go for us and thankfully the ball broke for us and Jarrod got his finish away.

We're right in this tie and we’ll go there to try to win the game. We’ll give ourselves every opportunity and the players have done a great job in the second half to make sure we have a chance.