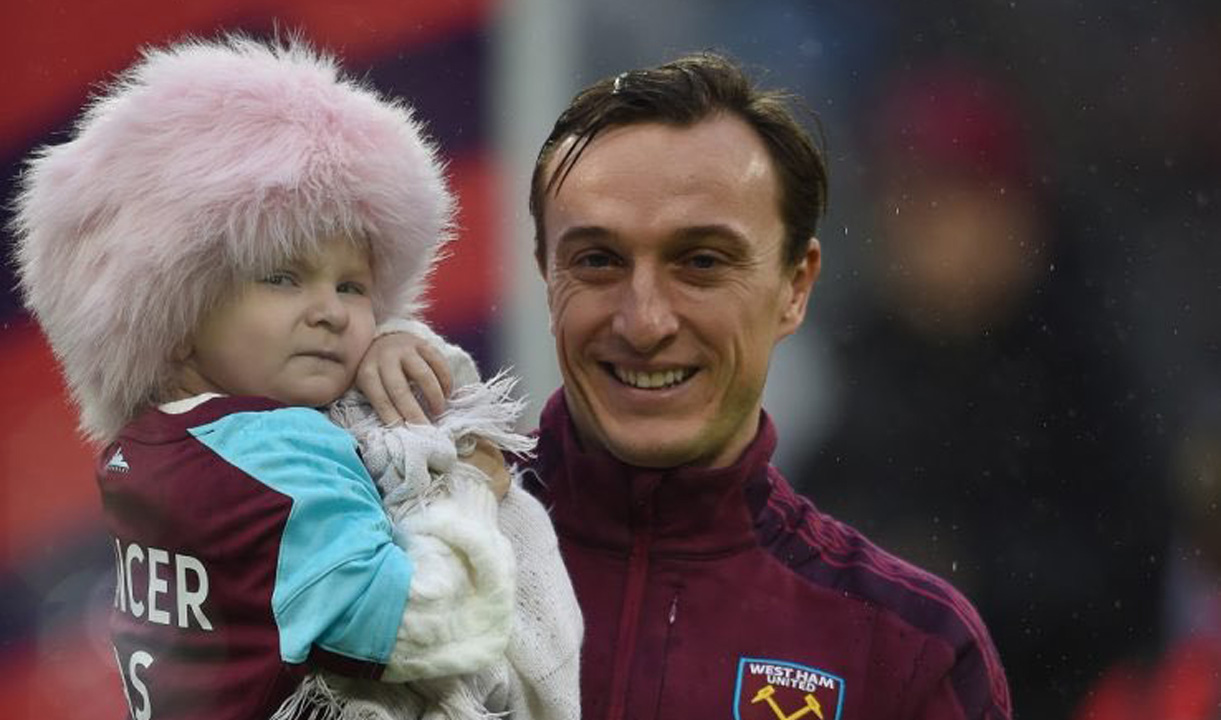 Noble first met Isla, who was diagnosed with the rare child cancer neuroblastoma at the age of two, in January 2018, when she joined him as a mascot ahead of a Premier League fixture with AFC Bournemouth at London Stadium.

The skipper kept in close contact with Isla's family and he and teammate Robert Snodgrass visited her and parents Nicola and Michael in hospital in Barcelona in December 2018.

Following her sad passing, Noble said: “It was devastating to hear the news that Isla has passed away and, on behalf of everyone at the Club, I’d like to express my sadness and send condolences to Nikki, Michael and Isla’s loved ones at this time.

“I was first introduced to Isla when I carried her out as our mascot for our Premier League game against Bournemouth in January 2018, and it was immediately clear that she was a very special little girl.

“Isla’s incredible bravery and positivity shone through every time I met her, she had a fantastic smile and a love of life that was inspirational. Her battle caught the imagination of us all – the players, the fans, the staff and the Board, as well as fans of other clubs.

“The fact that she fought for so long shows just how courageous she was. Something like this makes you realise how cruel and unfair life can be, but also how important it is to be grateful for what we have. Isla managed to inspire so many people, and we are all privileged to have known her.

“Her passing has left all of us feeling heartbroken and empty, but Isla will never be forgotten. She will be one of the West Ham family forever. Rest in peace, little Isla.”