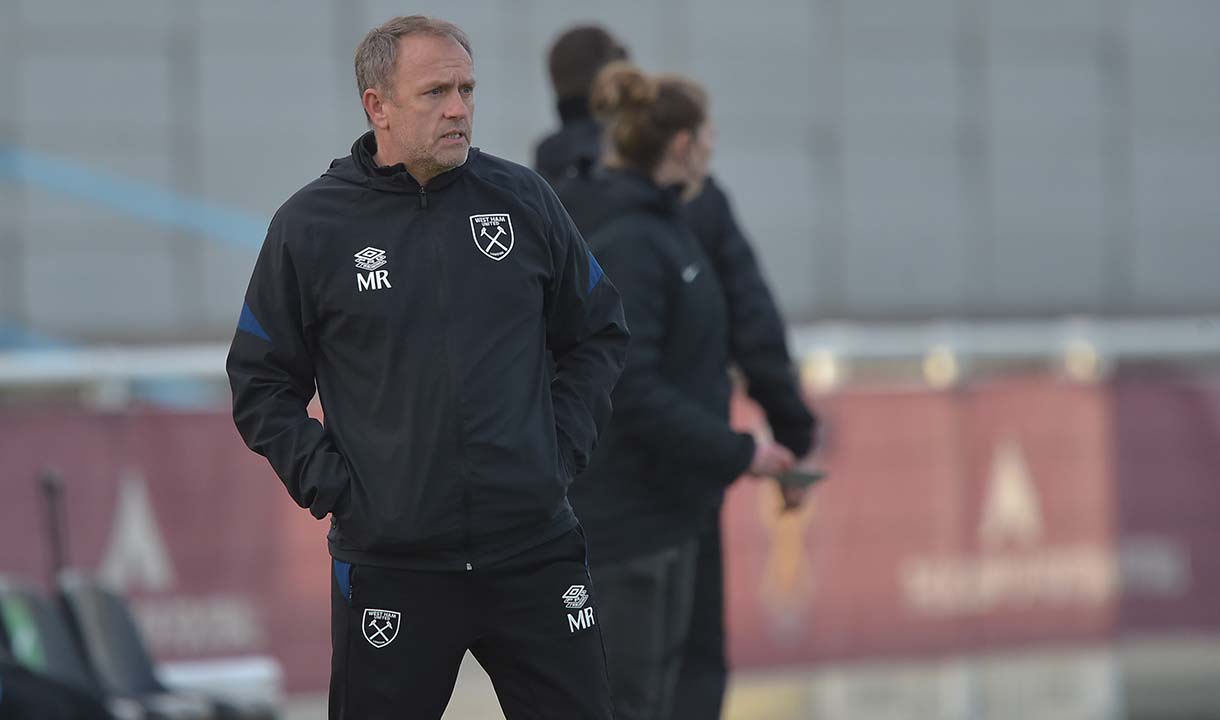 The Irons have a huge top-of-the-table match awaiting them on Sunday as Robson’s side, in second in Premier League 2 Division 1, travel to play City at the Academy Stadium.

The blue side of Manchester occupy top spot and are four points ahead of the Hammers, but have played a game more, and Robson is anticipating a hard match against the reigning league champions.

“Sunday is a really big game for us,” the U23s Lead Coach told whufc.com. “It’s a top-of-the-table clash, which we’re looking forward to. It’s going to be a hard game.

“We’re looking at arguably one of the best teams in the league, alongside ourselves. They have some really good players and I’m certain they will have a very strong team out, one which includes players who are not playing with their first team at the weekend and have dropped back down.

“It's going to be a massive test. We’ve got one or two lads with little niggles which we’re waiting to see on, but it would be great to go there with as strong a team as we can. Hopefully we will be able to do that and can give a good account of ourselves in the game.”

Robson says the significance of the game has been discussed with the U23s squad and the team are fully aware of what a big impact on their season Sunday’s result will be – whatever the final score.

“It's a big game for both teams. We’ve talked about it with the players and said: ‘this is a big game’. There’s no getting away from that.

“They are four points clear of us; we have a game in hand, but if the result doesn’t go our way on Sunday, then we’re playing catch up and winning the league is out of our own hands.

Robson’s first game in charge of the developmental team came in the reverse fixture against City in November, when Sonny Perkins’ second-minute strike proved the difference in a close encounter.

The Lead Coach noted that City will pose his side a different type of problem to other teams in the division.

He added: “We know City are a good side. They play really good football and there is a lot of movement and rotation in their team. They’re very clever and they work things out as the game goes on, which poses a different sort of problem to us this weekend.

“It will come down to how the boys apply themselves on the pitch and look after themselves away from it. I’m hoping it will be exemplary this week, as I hope it is every week between now and the end of the season.”