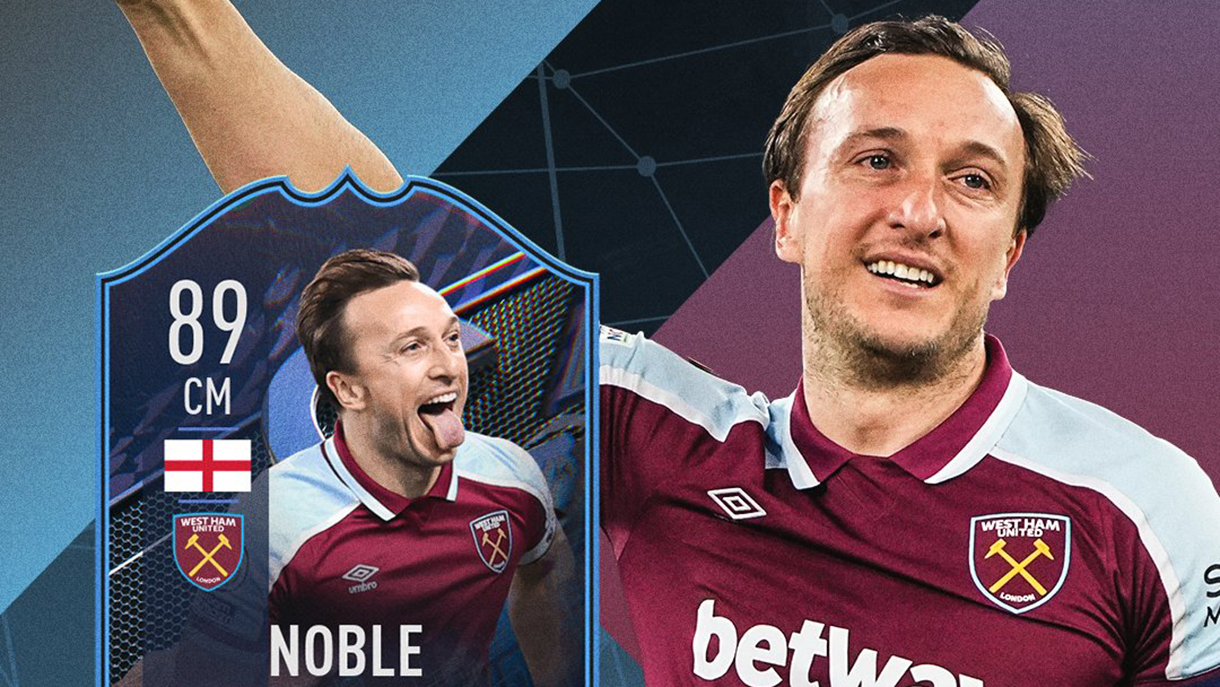 Mark Noble has embodied the West Ham Way for many a year on the pitch – and will now do so on the virtual field as well!

The West Ham United Club captain has been awarded a Special ‘FUT Captains’ card as part of the latest in-game promotion on FIFA 22 Ultimate Team.

In Ultimate Team, gamers compete to build their dream squads and rise through the Division rankings, building ‘Chemistry’ between their players depending on Club and international links.

And with Declan Rice and Tomáš Souček having both been the recipients of powerful in-game boosts of late, the Hammers now boast a brilliant FIFA midfield trio!

Noble’s FUT Captains card is part of a celebration of heroes who wore the armband for their Club and country – and few have been as heroic in Claret & Blue as the 34-year-old Canning Town-born skipper.

Expected to last two weeks (until Friday 23 April), Noble’s card can be acquired through in-game packs, and boasts an outstanding 89-rated OVR (overall) rating, up from an initial 75 in the game.

Our leader on the pitch ©
The #FUT Captains promo brings a well deserved upgrade for our veteran captain!

With four-star skill and four-star weak foot ratings, Noble has already proven a popular pick with FIFA gamers – and is sure to be a go-to card for any Hammers picking up a controller.

Noble becomes the 16th West Ham player to be awarded a ‘Special’ card this season.

In the last month alone, Andriy Yarmolenko has been given a ‘Europa League Showdown’ card; Michail Antonio a ‘Fantasy FUT’ card; Souček a ‘Europa League Man of the Match’ boost; and Rice a ‘FUT Birthday’ card.