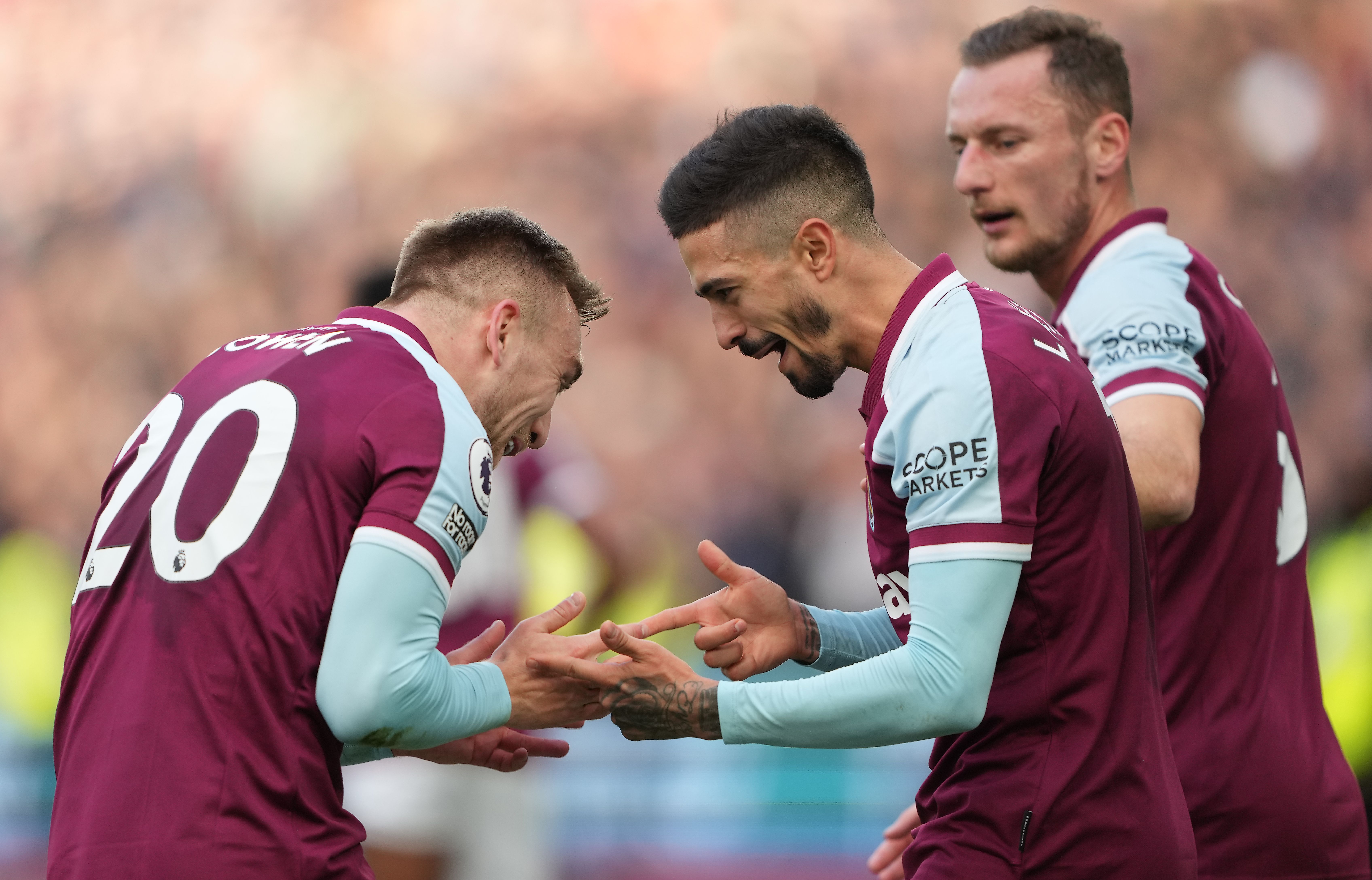 Manuel Lanzini: It’s very important to be back to winning ways

Manual Lanzini was delighted that West Ham United secured their eighth Premier League win of the season, twice coming from behind to beat Chelsea 3-2 at London Stadium.

Thiago Silva headed in Chelsea's opener, before the midfielder equalised from the spot after Édouard Mendy had taken out Jarrod Bowen.

Mason Mount then added a second just before the break to take the stuffing out of Moyes’ men and the crowd as half-time arrived.

But, the spirit and character of David Moyes’ men was never been in question, and they showed it in bundles once again, as Bowen rifled in another equaliser.

That set the scene for Arthur Masuaku to win it in style late on, as his cross-shot flew in at the near post to give his team another huge three points.

And Lanzini was pleased that his team could over the line in what was a superb battle from start to finish in east London.

“It’s a great win for us,” the Argentine midfielder said. “Chelsea are one of the best teams in the Premier League and in the world. But we know that we’re going well this season and we have confidence in each other and for the whole team.

“It’s very important to be back to winning ways because we’re fighting at the top of the Premier League. The last three games were disappointing for us, but we need to continue like this because we have a good team, and we have confidence in each other.”

The Hammers were patient with their attacks, allowing Chelsea to have the majority of the possession but also maintaining their threatening nature on the counterattack, with Michail Antonio and Jarrod Bowen particularly effective, alongside Lanzini.

The 28-year-old was making his first Premier League start of the campaign and took on the responsibility of the penalty when he was called upon, dispatching with precision from 12 yards.

“I just used my concentration for the penalty,” Lanzini admits. “I knew where I wanted to put the ball and I managed to do that.

“I had confidence in myself to put the ball in the back of the net and I’m glad that I could do that to help the team win today.”

After Jarrod Bowen had grabbed the second and all-important equaliser, it looked as though the Hammers would go on and grab another, as they looked more threatening than their west London opponents.

And that’s exactly what was to follow, with three minutes of normal time remaining, Masuaku let fly with a cross from the left that sneaked into the top corner of the goal, past a flailing Mendy.

That sent the West Ham United faithful into rapture, lifting the roof off London Stadium in celebration, as the fans helped get the team over the line in the closing stages.

And the midfielder was delighted that the fans were able to give the team that extra edge in the closing stages, as well as having them here at the Stadium to experience a memorable derby win.

“It’s very important for us to have the fans with us and behind us throughout the game. Last time we played against Chelsea here and won they were not allowed into the stadium, so it was nice to celebrate with them today.

“They push the whole team and it’s really good for us that they are here with us.”