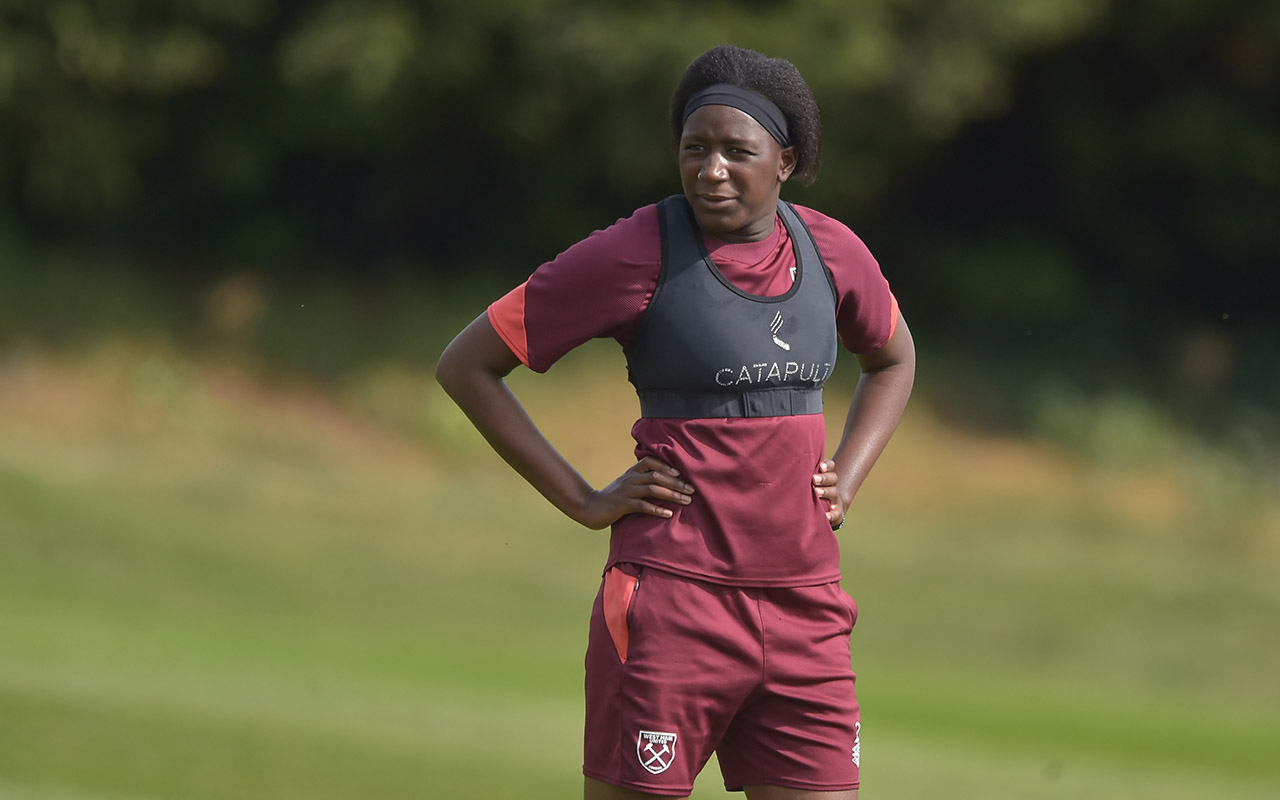 West Ham United Women will be hoping that they can pick up more points as they continue with their aim to finish as high as possible in the Barclays FA Women’s Super League (WSL).

Olli Harder’s side beat Reading 2-1 at the Select Car Leasing Stadium last weekend, and he will be hoping that his side can pick up another positive result this weekend, this time at Leigh Sports Village.

And with the Irons currently in sixth position in the table, they will be hoping to solidify that spot as the season reaches its climax.

Here’s everything you need to know about another exciting contest...

If you fancy making the trip North to watch the Hammers in action, then tickets are available to purchase on the Manchester United website.

Alternatively, the game is being streamed live for free on the FA Player, with coverage beginning around five minutes before the scheduled kick-off of 12noon.

Heading into the game, Lucy Parker and Gilly Flaherty are both unlikely to feature. The defensive duo picked up injuries in training before the Reading match, and it’s not yet known whether the trip to Manchester will come too soon for them.

Maisy Barker and Anna Leat are confirmed absentees, with both unlikely to feature again this season.

Team news will be revealed at 11am BST on Sunday, an hour before kick-off, on our social media channels and whufc.com.

Manchester United have aims of breaking into the UEFA Champions League positions for the first time in their professional history.

Since being promoted to the WSL in their inaugural season in 2018/19, the Red Devils have achieved two consecutive fourth-placed finishes, but are hoping to go one better this time.

Heading into this weekend, Marc Skinner’s team currently occupy third place, a point ahead of rivals Manchester City, who have a game in hand on their neighbours in the battle for European football.

Skinner is in his first season with Manchester United and became their second-ever head coach when he replaced Casey Stoney in July 2021.

The 38-year-old had plenty of previous experience within the women’s game and the WSL before taking on the role, having been involved with Birmingham City from 2006 until 2019.

Skinner was awarded the FA WSL Manager of the Month awards in December 2021 and January 2022.

The Hammers have beaten Manchester United once in their previous four meetings, a 3-2 win at Rush Green Stadium back in December 2019. Two late free-kicks from Katharina Baunach turned the game on its head in a memorable win.

Alessia Russo – The 23-year-old forward leads the scoring charts for United this season, with nine goals in 17 starts. It’s been somewhat of a breakthrough year for the former Chelsea and Charlton trainee, and she will likely be key if Skinner’s side are to get a result against the Hammers.

Ella Toone – Another player whom the Hammers will have to watch closely is Toone, who has registered 13 goal contributions (six goals, seven assists) so far this season. Another young talent amongst the ranks, Toone is only 22-year-old, but already has 13 caps and ten goals for England.

Hannah Blundell – Blundell made the move North as part of a deal that saw Lauren James head to Chelsea in the summer of 2021. The full-back has played an integral role for the Red Devils, appearing 19 times in all competitions, and has been able to contribute five assists from a deeper position.

West Ham United Women take on Manchester United in the FA WSL at Leigh Sports Village on Sunday 1 May 2022.

The match is scheduled to kick-off at 12noon, and you can watch all the action live on the FA Player for free!

If you want to make the trip North and support the Hammers in person, then tickets are available to purchase online on the Man United website.