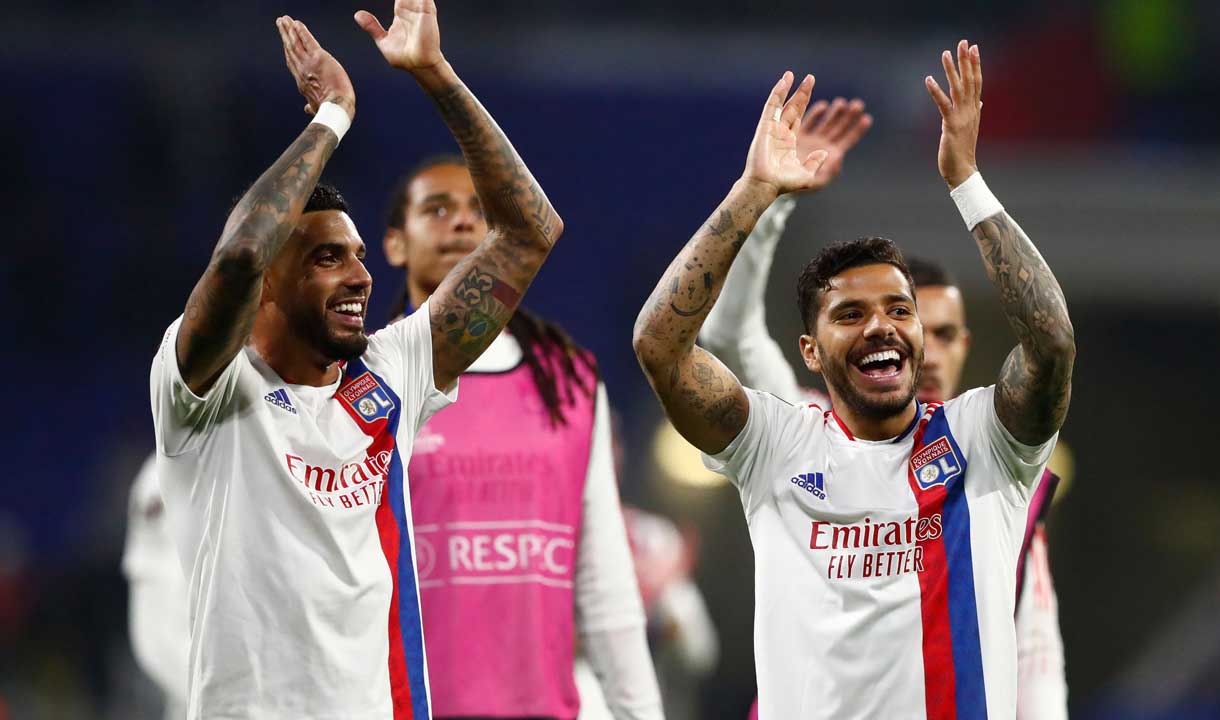 Ask Peter Bosz if he was a good enough player for the style of football he wants Lyon to employ, the straight-talking Dutchman is in no doubt: ‘Non’, in his near-perfect, slightly accented French.

While entertainment has been the Dutchman’s aim since returning to France, where he played for Toulon between 1988 and 1991, it has not always been much fun for Lyon fans this season.

Even after winning 3-2 against Angers on Sunday, OL lay ninth in Ligue 1, their worst placing at this stage of a top-flight campaign since the mid-90s. More importantly, for both the club’s stature and finances, they are eight points off the top three and potential UEFA Champions League qualification, and a further three adrift of second place and a guaranteed spot in European club football’s most lucrative group stage.

It took until the fourth league game of the season for Bosz to be able to celebrate a first competitive win as Lyon boss, and though there have been impressive bursts of form and promising 90-minute displays, consistency has proven the most fickle of commodities for his squad.

“We can’t manage to be stable, to play well for 90 minutes,” said Bosz at Christmas. “People tell me that has been the problem here for a number of years, that the team isn’t consistent, that it hasn’t been able to produce good performances at the right time.”

Lyon president Jean-Michel Aulas was even forced to give Bosz public backing in February. “What we see in training and in matches confirms that he’s the man of the situation. Peter is not in danger at all.” For once, however, the ‘dreaded’ vote of confidence seems to have been in earnest.

The unsuccessful return as sporting director of Juninho Pernambucano — the former Brazil international midfielder who was a central figure in OL’s seven successive Ligue 1 titles between 2002 and 2008 — which came to a bitter end in December was no doubt a factor in Aulas’ desire for stability, but Bosz’s European results are another.

The team’s apparent ability to raise its game only when required seems well suited to their intermittent continental bouts.

One of four unbeaten group winners, no team boasted more than the 16 goals they scored as Bosz’s men ripped through a section also including Rangers, Sparta Prague and Brondby. They only missed out on a 100% winning record with the matchday six draw at home to Rangers, a game that kicked off with the French club’s round of 16 berth already secure.

Porto were then beaten 2-1 on aggregate to reach the last eight, but ask Bosz to detail how they got there when their domestic form is so bad, and he remains refreshingly honest: “I still cannot explain it,” says the former Borussia Dortmund and Bayer Leverkusen coach.

One major reason he could have put forward is Karl Toko Ekambi. The Cameroon international forward has a joint-competition-high six goals so far, and along with ex-Celtic striker Moussa Dembélé and Zimbabwe international Tino Kadewere, provides Lyon with one of the sharpest cutting edges in the game.

While homegrown goalkeeper Anthony Lopes remains a solid platform, the middle of Lyon’s defence — among the leakiest in the top half of the Ligue 1 table — is a cause for concern for Bosz. World Cup winner Jérôme Boateng, signed from Bayern Munich last summer, has found himself out of the side of late, with an injury pile-up leaving midfielder Thiago Mendes as a makeshift centre-back alongside the promising but inexperienced Castello Lukeba.

EURO and Champions League winner Emerson — on loan from Chelsea — and France international Léo Dubois are handy performers at full-back in the 4-2-3-1 formation Bosz has favoured in Europe this season. Homegrown midfielders Maxence Caqueret and Houssem Aouar provide industry and inspiration in front of the back four, but it is Brazil international midfielder Lucas Paquetá who is the most polished jewel in Bosz’s crown.

Signed from AC Milan in the 2020 summer transfer window, Paquetá has been the one player, along with Toko Ekambi, Bosz has been able to count on to deliver. “I think Lucas was extraordinary,” said Bosz after seeing Paquetá score the only goal of the round of 16 first leg in Porto. “He was really good, not only because he scored, but above all because of the work he put in in the number ten position.”

If it all comes together, Lyon, who defeated Juventus and Manchester City en route to the UEFA Champions League semi-finals in 2019/20, are quite a handful.

“Everything is still possible,” said midfielder Tanguy Ndombele, back at the club on loan after an underwhelming spell at Tottenham Hotspur. “We have the ability to finish well because we have the qualites to do so and above all the motivation.”

“When you’re sixth in the Premier League, that’s not bad. Us, we’re tenth,” said Bosz after the quarter-final draw was made. “But we’ve seen since the start of the season that this competition brings out the best in us.”