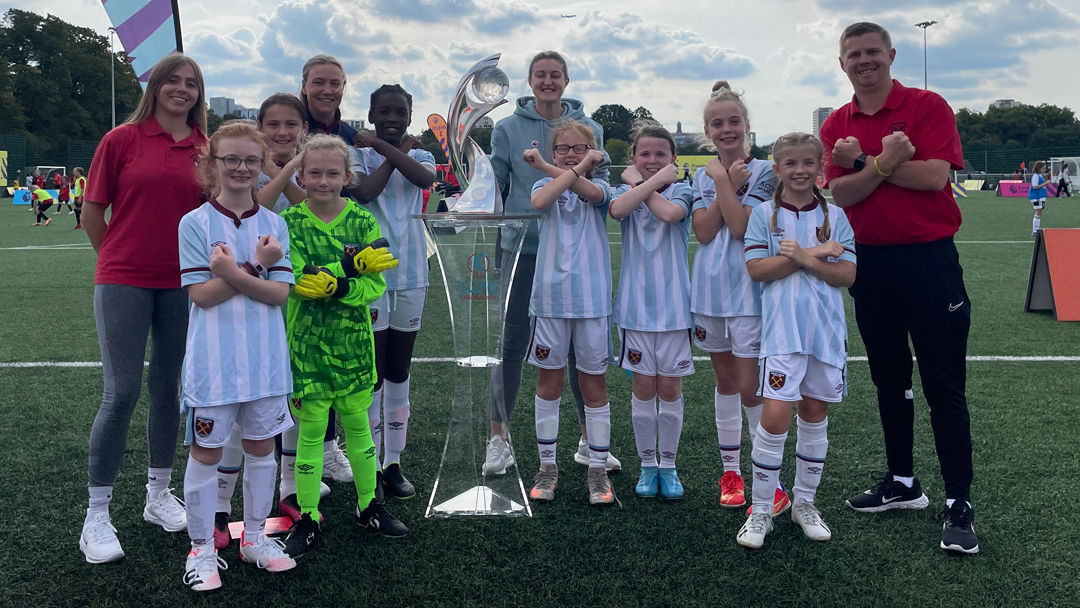 To celebrate 30 years of the Premier League, the Premier League Primary Stars (PLPS) programme invited schools from across the capital to represent their respective London clubs in an Under-11 Girls’ tournament.

Lee Chapel Primary School from Basildon were chosen to represent the West Ham United Foundation (WHUF) for this memorable occasion at Gunnersbury Park Sports Hub in west London, where the event was hosted by Brentford FC as part of the Premier League 30 Trophy Tour,

An early morning start did not faze the girls as they cruised to victory in their first game against Arsenal. Their exploits against the Gunners were a sign of things to come as they took all three points in their subsequent games against Millwall, Chelsea, Queens Park Rangers and Leyton Orient, which saw them finish third in the league table. AFC Wimbledon ended the day as winners,

Despite the excellent football played throughout the day, the girls’ highlight of the event was, without a doubt, the opportunity to meet England legend and West Ham fan Ellen White. After posing for photos with the Premier League and UEFA European Championship trophies, the Lionesses’ all-time leading top goalscorer congratulated the girls for their determination and resilience displayed throughout the tournament. Having recently been crowned European champion and announced her retirement from the game, White spoke to the girls about her football journey and what inspired her from a young age to pursue a career in the game.

WHUF’s Schools Development Coach Madi Hooper, who accompanied the girls, was extremely proud of how her team performed and conducted themselves throughout the event: “The girls from Lee Chapel represented the Club and the Foundation brilliantly and were a pleasure to work with.

“I hope they can take a lot from the day and continue showcasing their talent. It was great to see them so excited when they met Ellen White. To have role models like her is amazing shows just how much the female game is growing.”