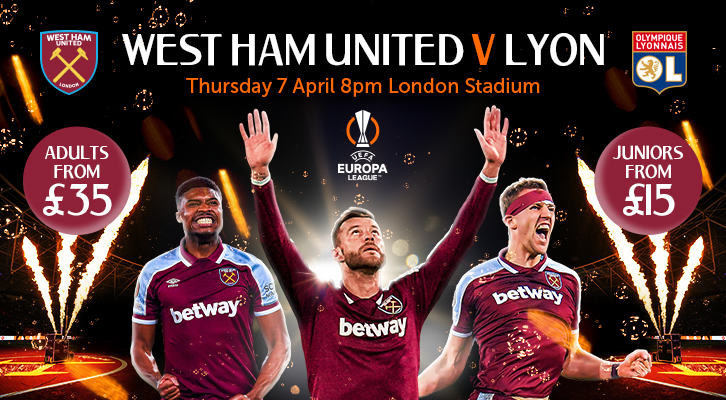 Due to Lyon returning a proportion of their tickets, the Hammers are able to sell an extra allocation in the home areas of London Stadium – but hurry as these numbers are limited and are sure to sell quickly!

The Hammers will take on the seven-time French champions in our first European quarter-final tie since 1981, with another magical night under the east London lights in store.

Having seen off the challenge of Spanish side Sevilla in the previous round, amid an unforgettable atmosphere, a place in the competition’s last four is on the line this week!

Tickets are now on General Sale, with supporters able to purchase up to two tickets each.

These tickets are available to purchase online at eticketing.co.uk/whufc, so don’t delay to make sure of your place at London Stadium!