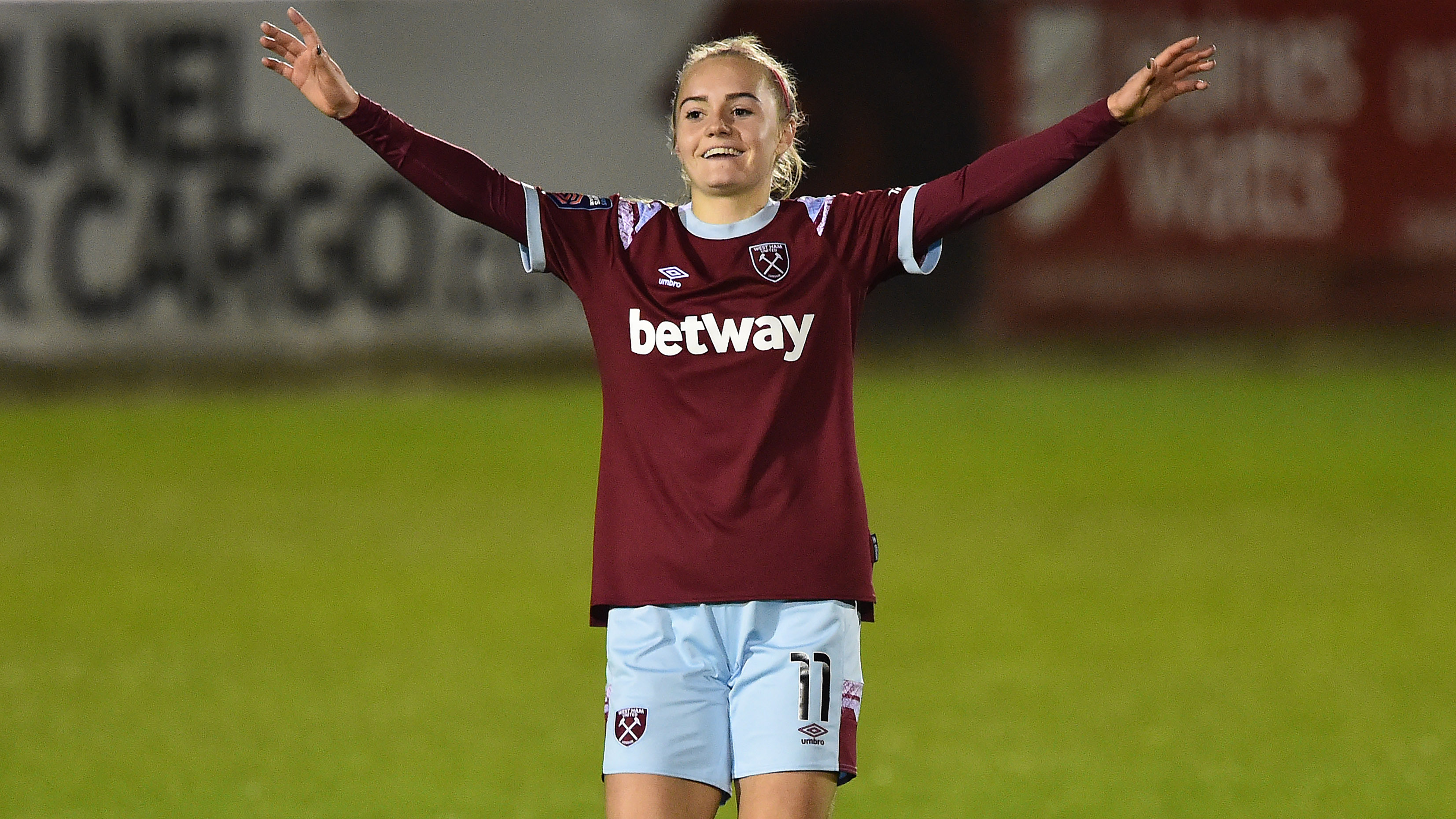 The Republic of Ireland international came off the bench to score and 88th minute winner at Chigwell Construction Stadium to move the Hammers up to sixth in the table.

Paul Konchesky welcome back No1 goalkeeper, Mackenzie Arnold to the starting XI, with the Australian international missing the previous two league matches due to injury. Claudia Walker made her first start of the season, as she was preferred to Thea Kyvåg, who dropped to the bench.

Leicester started the better of the two sides in the opening exchanges in east London. CJ Bott looked to cause issue with a cross, but she got her angles all wrong and it ended up behind the back of Arnold’s goal.

Natasha Flint was then played in behind and tangled with Kate Longhurst, but referee Louise Sanders waved away the protests from the Foxes forward.

The Hammers were experiencing their early joy down the right, with Risa Shimizu and Lisa Evans combining well as they looked to double up on Leicester full-back Jemma Purfield. The Japanese international collected a lovely ball through from Evans, and her cross found her compatriot, Hayashi, but the midfielder couldn’t force Lambourne into a save.

Flint had a golden opportunity to open the scoring with 20 minutes gone. Willie Kirk’s side won the ball inside the Hammers penalty area, but the forward couldn’t capitalise on the mistake and blazed the ball over the bar.

Viviane Asseyi, who was celebrating her 29th birthday, almost opened the scoring with a cross-cum-shot from distance. Walker, who Asseyi might have been aiming for in the first place couldn’t prod the rebound home thanks to good pressure from the Leicester defender.

Walker went close again moments later, and whilst her effort was hit with plenty of power, she couldn’t guide the shot on target.

The Hammers continued to look the most likely to open the scoring, but couldn’t break down the Foxes backline before the Sanders sounded for half-time.

Ten minutes went by in the second half before Leicester should have opened the scoring. A floated ball into the area was connected with by Aileen Whelan who was unmarked, but she couldn’t head home and narrowly missed the target.

Carrie Jones had the best opportunity of the game to open the scoring, but her header crashed off the underside of the crossbar and was eventually cleared away.

However, it would be Konchesky’s Hammers that would be celebrating at full-time. Substitute Atkinson skipped beyong two Leicester defenders and slotted the ball beyong Lambourne to win the game for her side.

Heroic defending at the end from Kate Longhurst and her teammates kept the Hammers in front, and they would be celebrating their third WSL home victory as the full time whistle sounded.