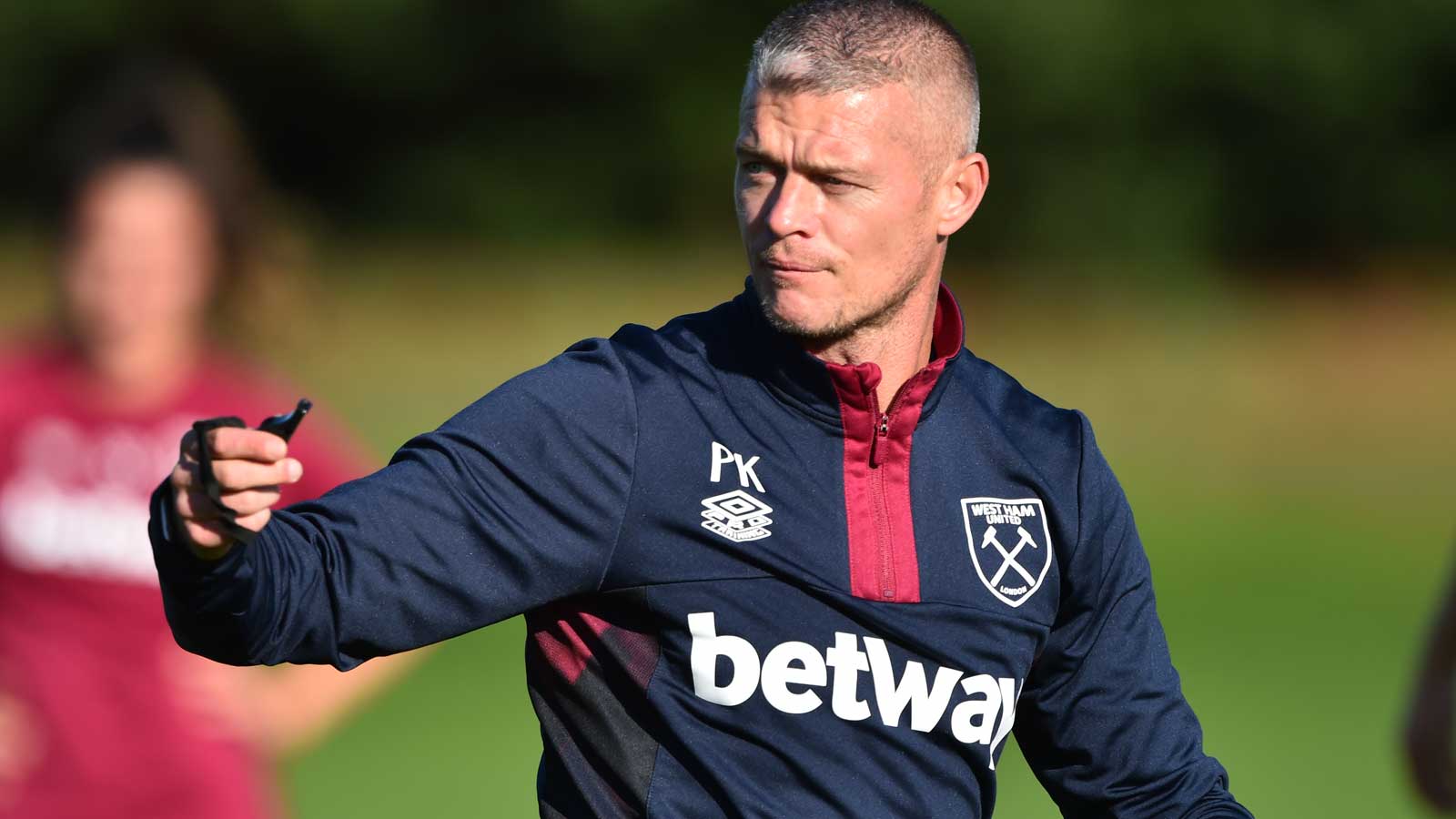 Konchesky: We're really excited to be back in action

Paul Konchesky is hoping that his West Ham United side can get back to winning ways when they welcome Leicester City to the Chigwell Construction Stadium.

The Irons welcome the Foxes to east London for their eighth match of the 2022/23 Barclays Women's Super League season.

The third international break of the season brought a temporary halt to league action, and the boss is excited to see his team back in action.

"We're really excited to be back in action," Konchesky told whufc.com.

"It's always nice to have players going away and representing their countries, but there's no better feeling than having all the squad back together - we're all ready and raring to go heading into the match."

The Irons were beaten in their previous league outing, and are hoping to get back to winning ways in front of their own supporters.

Leicester, meanwhile, are aiming to get their first points on the board, having struggled at the beginning of the new season. Willie Kirk has been tasked with steering the Foxes on an upward trajectory - with the experience boss replacing Lydia Bedford after such a poor start.

And Konchesky believes that his side are in for a tough match against one of his former sides.

"Willie Kirk has gone in as their new manager, and I think you will see a toughness that perhaps they haven’t had so far this season. They might be bottom of the table at the moment, but we can’t underestimate them.

"I spent four full seasons with Leicester during my own playing career and won promotion to the Premier League with them in 2013/14. It’s a Club that I have a great fondness for from my time there. That feeling gets put aside on Sunday, though, as we go in search of our third home win of the season."

With the majority of men's football pausing due to the men's 2022 World Cup in Qatar, there's an opportunity for West Ham fans to still get their Club football fix.

Konchesky is hoping that fans will make the trip to Dagenham to support his team in another crucial match.

"It would be great if we could get some of the fans that would usually be at the men's matches to come and support us - it's a real family, friendly atmosphere at women's matches.

"We've played some really good stuff this season at times, and I hope that if some of our fans do decide to come down for the first time, then they will leave the stadium having had a really good afternoon."

You can purchase your tickets for the game against Leicester City online until 2pm on Sunday.

After that time, tickets will be available from the Ticket Office at Chigwell Construction Stadium, which will be open from 1:30pm on Sunday, priced from as little as £13 for Adults and £5 for Juniors!