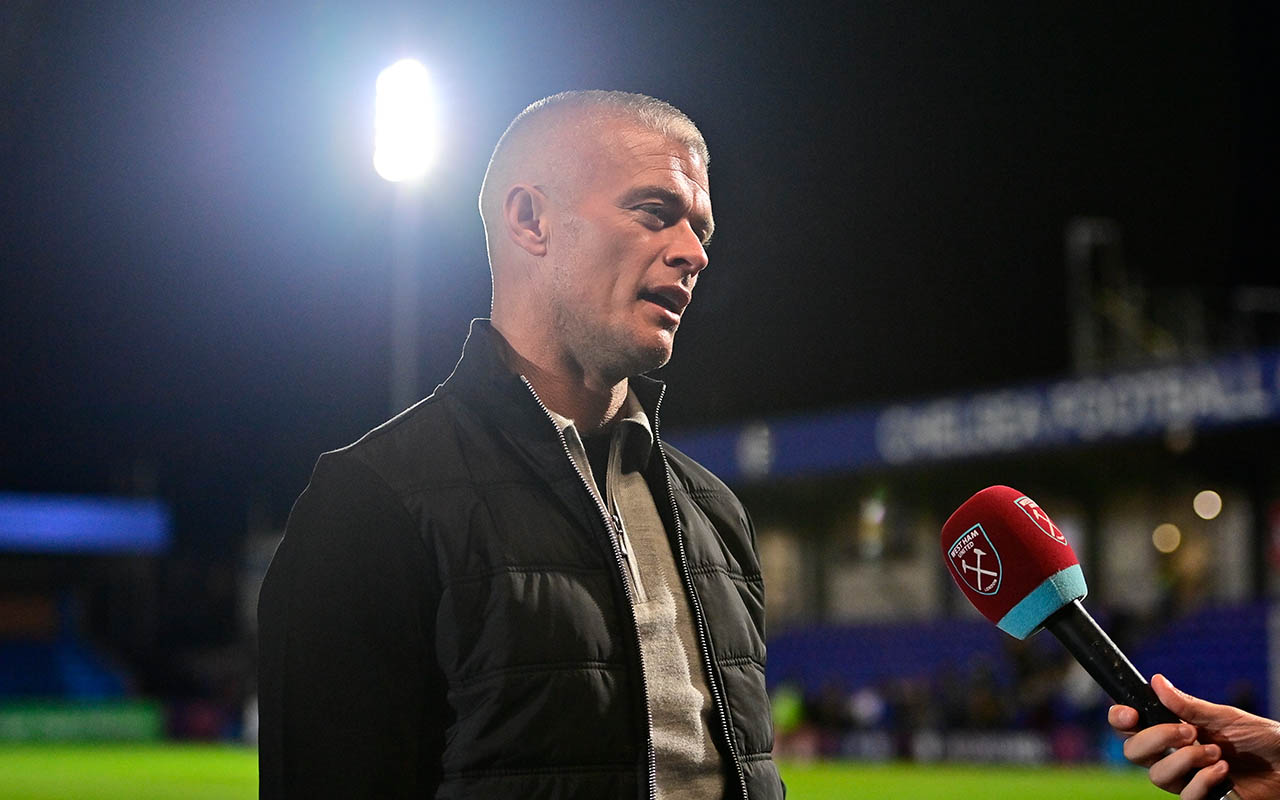 Paul Konchesky said that he was pleased to see West Ham United Women produce another good performance despite losing 3-1 to Chelsea at Kingsmeadow on Wednesday evening.

The Hammers took the lead against the champions when Dagný Brynjarsdóttir headed home from a Kirsty Smith corner after only three minutes, but Chelsea hit back with goals from Fran Kirby, Sam Kerr and Millie Bright to take all three points in west London.

It was another pleasing performance in the eyes of Konchesky, who was taking charge of his third competitive match in the Barclays Women’s Super League.

Obviously, the result is disappointing, but the attitude and the desire to try and win the match was unbelievable, and credit goes to everyone that pulled on the shirt tonight.

They’ve shown that in all three competitive matches that I’ve taken charge of, and long may it continue. I asked them to give 100% and they did that.

I’m proud of the players again, and there’s plenty that we can build on from these three opening WSL matches.

I think Dagny’s goal came a little bit too early in the game for us, but what a fantastic header it was

Going into half-time, we thought we might be able to get in there being 1-0 up, but it wasn’t to be unfortunately, and they were able to pull the goal back.

Coming out in the second half, we still thought we had a chance of coming away with something because of the way that we’d played, but the goals that we conceded from the set plays were disappointing.

I think you saw tonight why Chelsea are champions

Their goals weren’t anything special, they found a way to put the ball in the back of the net. We put up a really good fight, but they had a little bit too much for us tonight.

It’s fantastic for Keira to make her debut

For a 17-year-old to make her debut for the Club that she supports against Chelsea, it’s fantastic – it’s going to mean a lot more to her because she supports the Club.

She got a couple of nice touches in the closing stages, so fair play to her. She deserved the playing time that she got today for the work she’s put in since she joined.

As a team, we want to go on a Cup run and we have to put this result behind us now and focus on that before the international break rolls around.

We want to win as many games as we can this season, and hopefully we will get back to winning ways on Sunday when we face London City Lionesses.