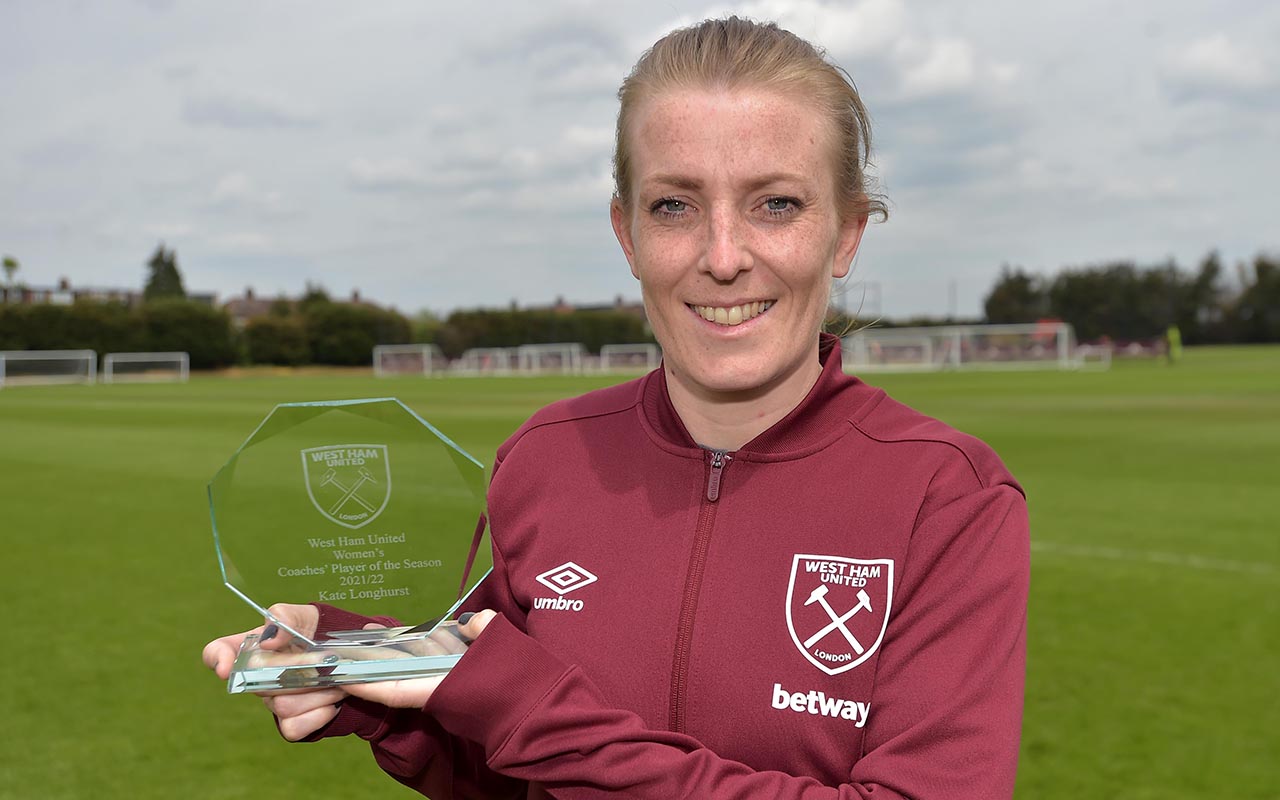 Kate Longhurst has been named as West Ham United Women’s Players’ Players of the Year by her fellow team-mates.

The 33-year-old also scooped the Coaches' Player of the Year award, which was chosen by Olli Harder and his coaching team after the final game of the season against Arsenal.

Longhurst featured in every single Barclays FA Women’s Super League match for the Hammers in the 2021/22 campaign, proving herself to be a vital player with the versatility to move away from her natural central midfield position and also feature at wing-back and in central defence.

Playing for the Club that she loves, Longhurst made 29 appearances across the campaign in all competitions, helping her team to finish sixth in the FA WSL, their highest position since joining the league in 2018/19, whilst also achieving a record points total.

Longhurst captained the side on her 100th appearance for the Club, a 2-1 victory over Reading at the Select Car Leasing Stadium in April this year.

On winning both awards, Longhurst said: "It’s really nice for my fellow players to vote me as their Player of the Season. I feel as though a lot of players in our squad had really solid seasons and it’s just nice to have their support.

"We’re really trying to create something special as a Club, so I think all of us have really contributed this season to try and take this Club forward.

"Hopefully people can see that I’ve tried my very best all season, especially playing in positions that weren’t as familiar to me.

"I’d also like to thank the coaching staff, I think I’ve tried to implement what they’ve wanted from me throughout the season, tried to be a leader and a good teammate.

"It’s nice that they’ve recognised me for my efforts, and I’m really pleased to win two great awards."

Everyone at West Ham United would like to congratulate Kate on her awards.